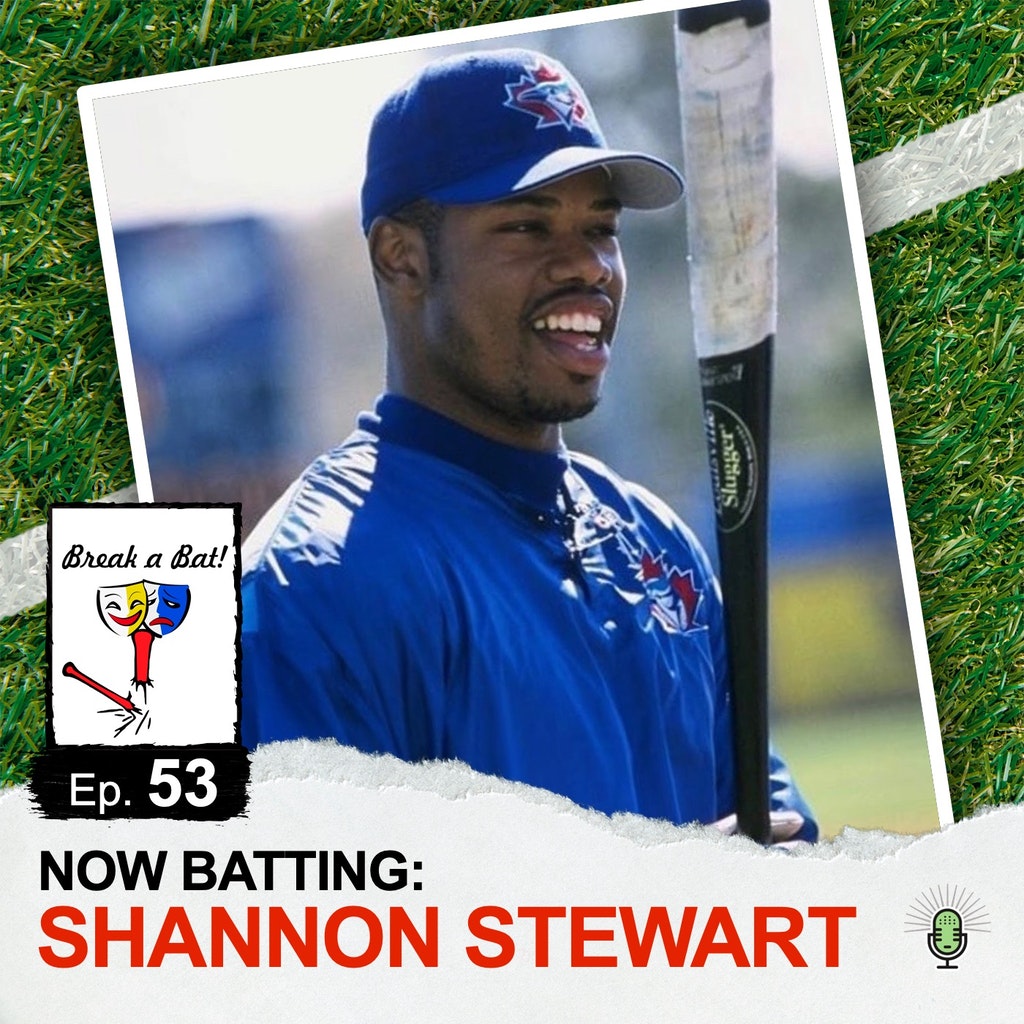 Former MLB outfielder of 14 years, Shannon Stewart steps into the Batter’s Box for Episode 53 of Break a Bat! Stewart’s career in the big leagues spanned from 1995-2008 as a member of the Toronto Blue Jays, Minnesota Twins, and Oakland Athletics. A 1st-round draft pick in 1992, Stewart’s talent and passion for his craft cemented his legacy as one of the best leadoff hitters of the late 1990’s and early 2000’s. During that time, he hit over .300 in six consecutive seasons from 1999-2004, scored 100+ runs four times, and accumulated a remarkable 202 hits in 2001. He’d go onto retire as a lifetime a .297 hitter with a .360 On-Base Percentage, and 1,653 hits to his name.

In this episode, Stewart discusses living up to the pressure of performing as a highly-touted 1st-round draft pick, as well as the dilemma of having to choose between baseball and football after high school; a decision that he parallels to young performers that have to decide between stage or screen acting. He also revisits his phenomenal 2003 season in which he found himself in the heat of a pennant race with the Minnesota Twins, as he’d go onto finish 4th in MVP voting that season as the ultimate catalyst for their division-winning cast. Stewart has some particularly fond memories of his nights on Broadway while battling against the New York Yankees, and shares some great behind the scenes stories of a particularly special era for the Big Apple through the eyes of a visiting performer.

Just like Broadway, a lot has changed around baseball since Stewart’s playing career ended, to which he provides some phenomenal insight, and big laughs when talking about his life in retirement. He even discusses which of his former teammates would make the best Timon and Pumba in The Lion King on Broadway!