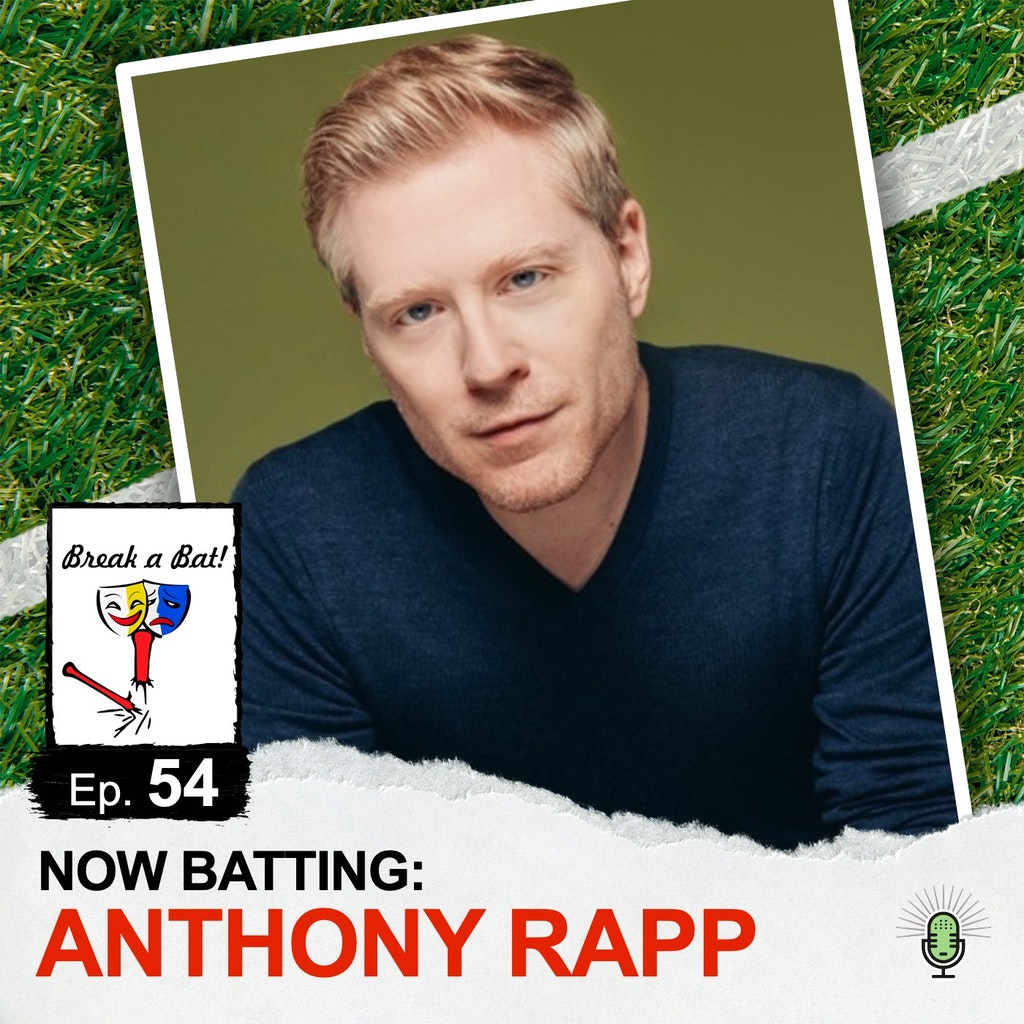 Anthony Rapp steps into the Batter’s Box for Episode 54 of Break a Bat! A native of the Windy City, Rapp is a lifelong Chicago Cubs and baseball fan who’s now visited more than 30 Major League ballparks. In this episode, he rehashes some of his favorite moments as a fan of one of America’s most beloved teams, thoughts on performing in the postseason, his highs on Broadway, and the many parallels he sees between baseball and theatre. As told to host Al Malafronte, he was even in the midst of a performance at 54 Below on the night the Cubs won the pennant in 2016, and shares a phenomenal story about throwing out the ceremonial first pitch at Wrigley Field during that championship season.

A Drama Desk-nominee, Rapp’s Broadway career dates back to age ten, and now spans more than 35 years. Some of his prominent credits from the stage include Rent, You’re a Good Man, Charlie Brown, and If/Then. His work in show business has also extended to the screen with credits such as Adventures in Babysitting, A Beautiful Mind, the film adaptation of Rent, and his current role in Star Trek: Discovery.