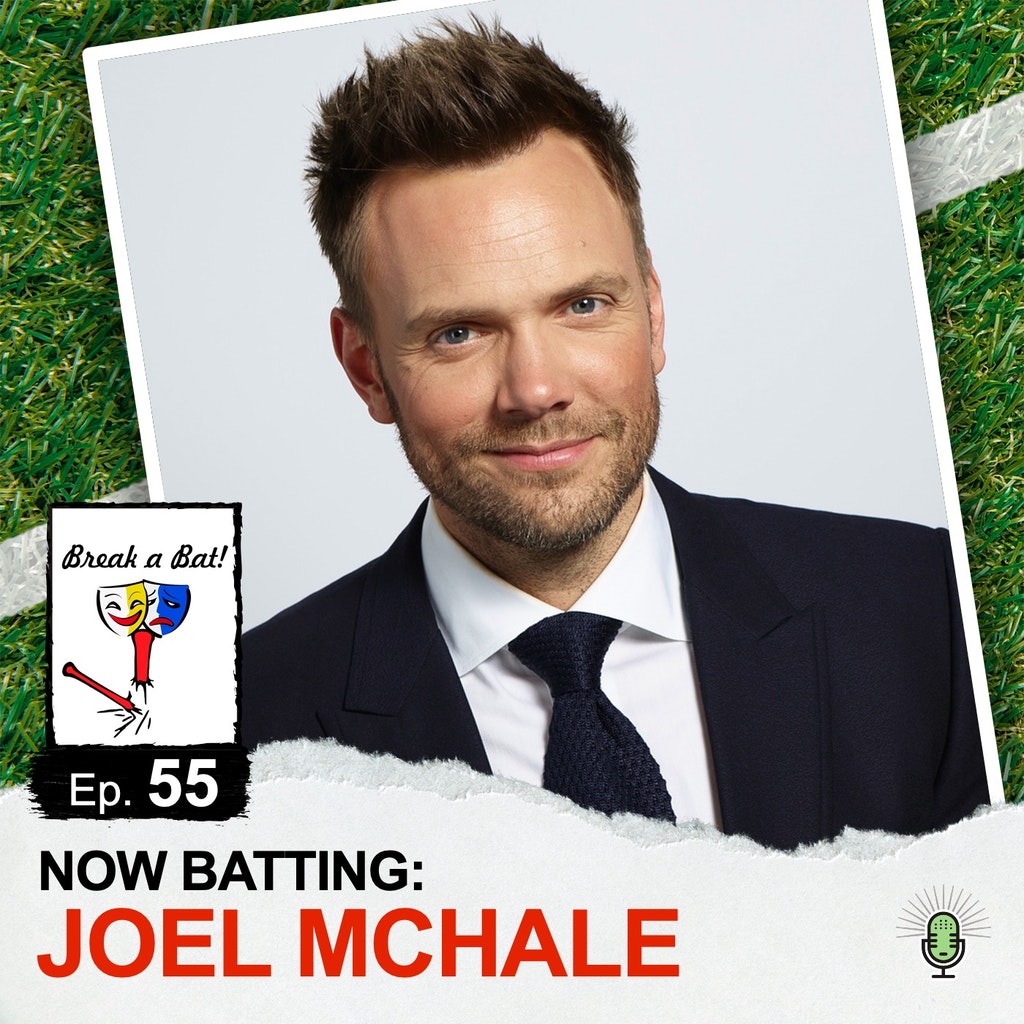 Joel McHale brings some big laughs to the Batter’s Box for Episode 55 of Break a Bat! Having made a name for himself in show business as the host of The Soup, and star of Community, McHale has kept as busy as anyone in the industry throughout 2020. Whether it be hosting the critically acclaimed Tiger King after-show special, launching his own podcast The Darkest Timeline, or guest judging on The Masked Singer, McHale’s work ethic and passion for what he does is undeniable. He also serves as the host of ABC’s Card Sharks revival, which has its second season set to premiere this Sunday, October 18 at 10/9c.

In addition to everything McHale has accomplished on-screen, he’s also a tremendous fan of both sports and theatre, having participated in baseball, football, and school plays growing up in his hometown of Mercer Island, Washington. After going onto play college football at the University of Washington, and then launching a now 25+ year career in entertainment, his love of both mediums has never wavered.

This week, McHale sits down with host Al Malafronte to not only discuss of all of his exciting recent work, but also his thoughts on life in show business, the possibility of a Community reboot, and his many career highlights. We also rehash McHale’s fond memories of the 1995 Mariners, as his hometown is currently celebrating the 25th anniversary of the team that saved baseball in Seattle. Never one to shy away from the big moment, McHale even touches on what it would take for him to dip his toe into Broadway’s waters, as he remains an avid fan of theatre with some phenomenal insight and stories.