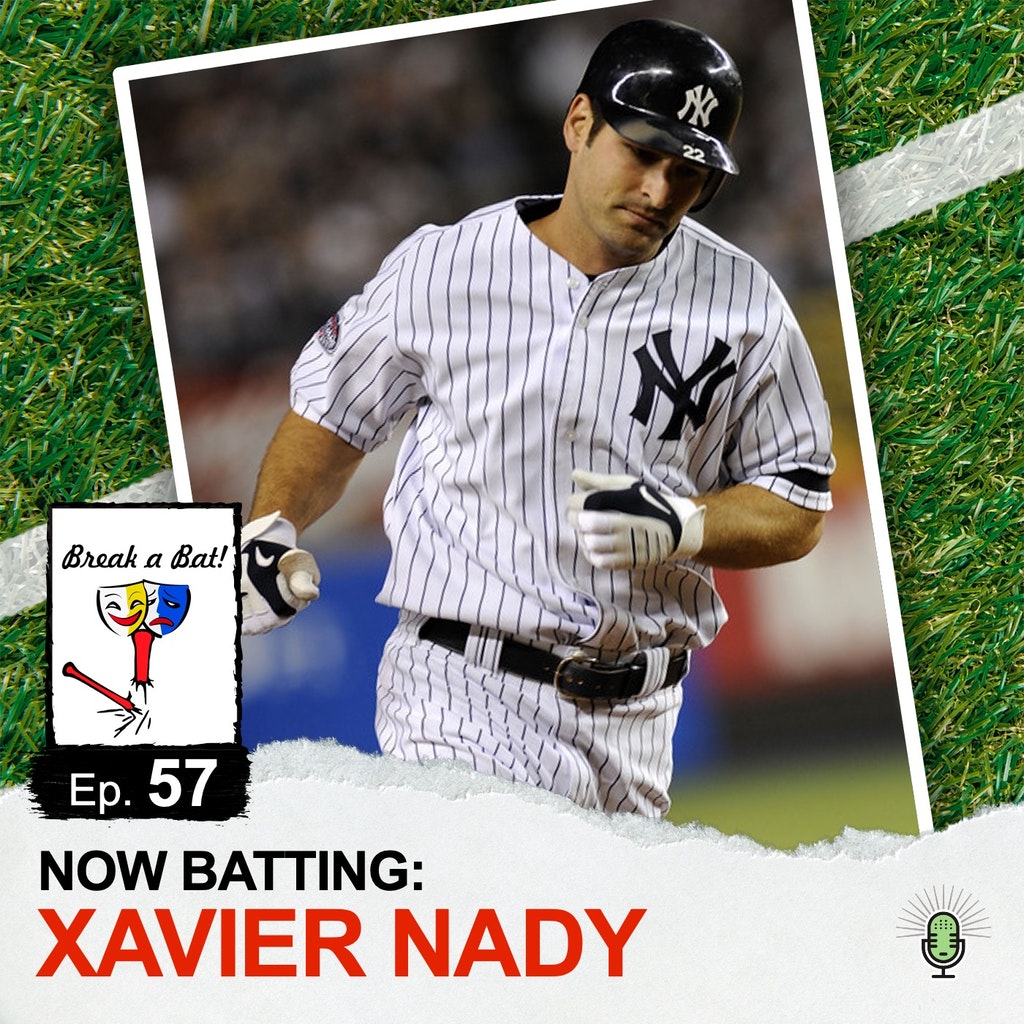 Xavier Nady steps into the Batter’s Box for Episode 57 of Break a Bat! Nady was the last man to perform the role of starting left fielder at one of Broadway’s most historic theaters, The House That Ruth Built, as a member of the 2008 New York Yankees cast that helped close out the old Yankee Stadium. Nady’s big league career spanned 12 seasons, three of which were spent on the stages of New York City as a member of the Mets in 2006, and the Yankees from 2008-2009. His 2008 season was particularly special, as he posted the best numbers of his career with a .305 Batting Average, 25 Homeruns, 97 Runs Batted In, and an OPS of .867. He’d go onto retire as a 2-time World Series Champion as a member of the 2009 Yankees and 2012 San Francisco Giants.

As discussed in our chat, Nady is still involved in the game of baseball as a member of super-agent Scott Boras’ scouting and recruiting team for young players. This episode also has a heavy emphasis on his time playing in New York, which was not without highlights such as the Yankees’ 2009 World Championship squad, SNL after-parties, and A-Rod’s “fascination” with Nady’s wardrobe…Nady also took a particular liking to Broadway musicals during his tenure here, and discusses anything from his special connection to The Lion King, Tina Fey bringing Mean Girls to the stage, and his favorite pre-theatre dinners.

Xavier Nady is truly one of baseball’s good and funniest guys, and that shines through in this conversation!