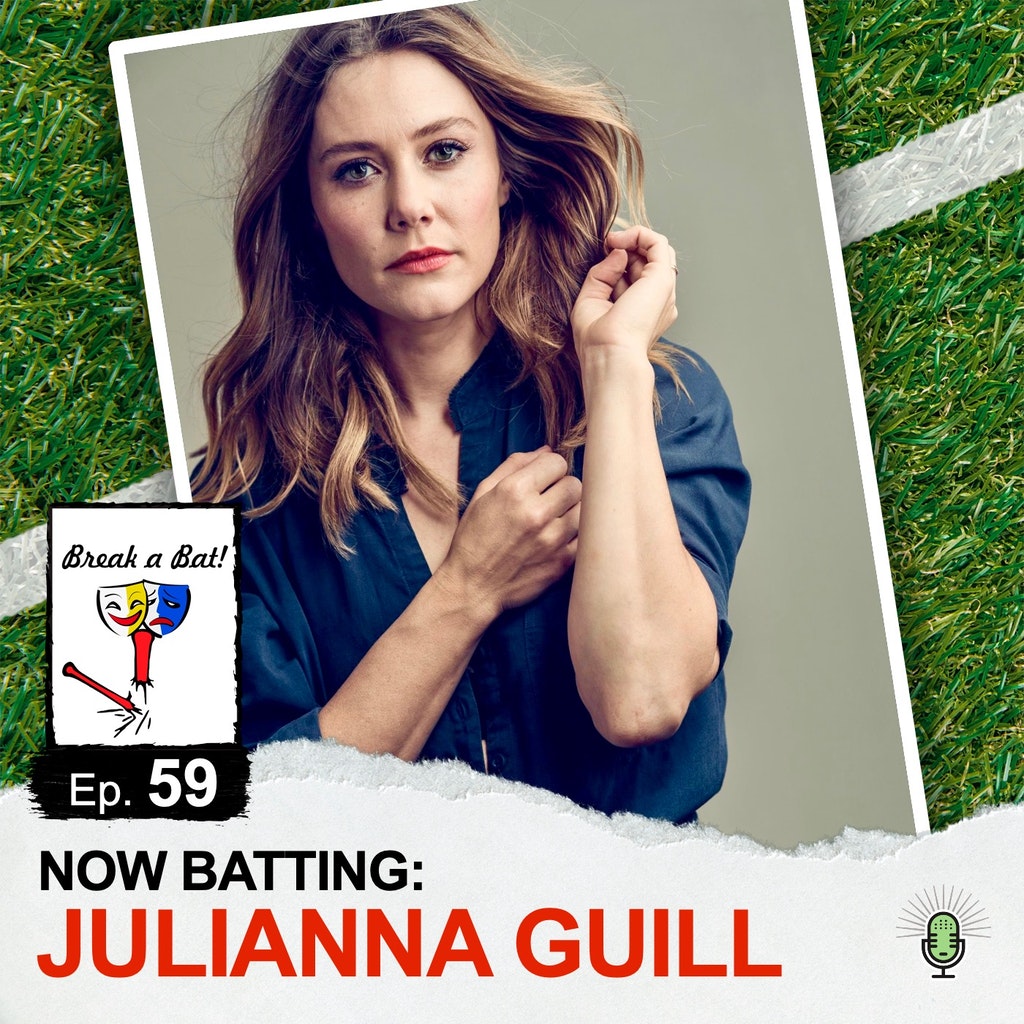 Julianna Guill steps into the Batter’s Box for Episode 59 of Break a Bat! Guill’s distinguished career on screen now spans more than a decade and a half, with notable credits including Glory Daze, The Resident, Girlfriends’ Guide to Divorce, Crazy, Stupid, Love, Captain America: Civil War, among many others.

In recent years, Guill has established herself as a face of the holiday season on Lifetime, as key player in the network’s annual It’s A Wonderful Lifetime programming slate. This year she’s starring in Christmas on the Vine, a new original movie premiering this Friday, November 13th at 8/7 c. This week she joins host Al Malafronte to not only chat about the film, but also the holiday season, her love of Broadway, and her latest endeavors on the other side of the camera as a director. Earlier in 2020, Guill made her directorial debut with the short-film Silent Date, which will soon be released worldwide. We even discuss some of the many ways in which her process as a director mirrors that of a great Major League manager.

A native of North Carolina, and now a resident of The City of Angels, Guill even weighs in on the LA sports scene, the Dodgers’ World Series victory, the bright of future of the Atlanta Braves, and her all-time favorite baseball player.