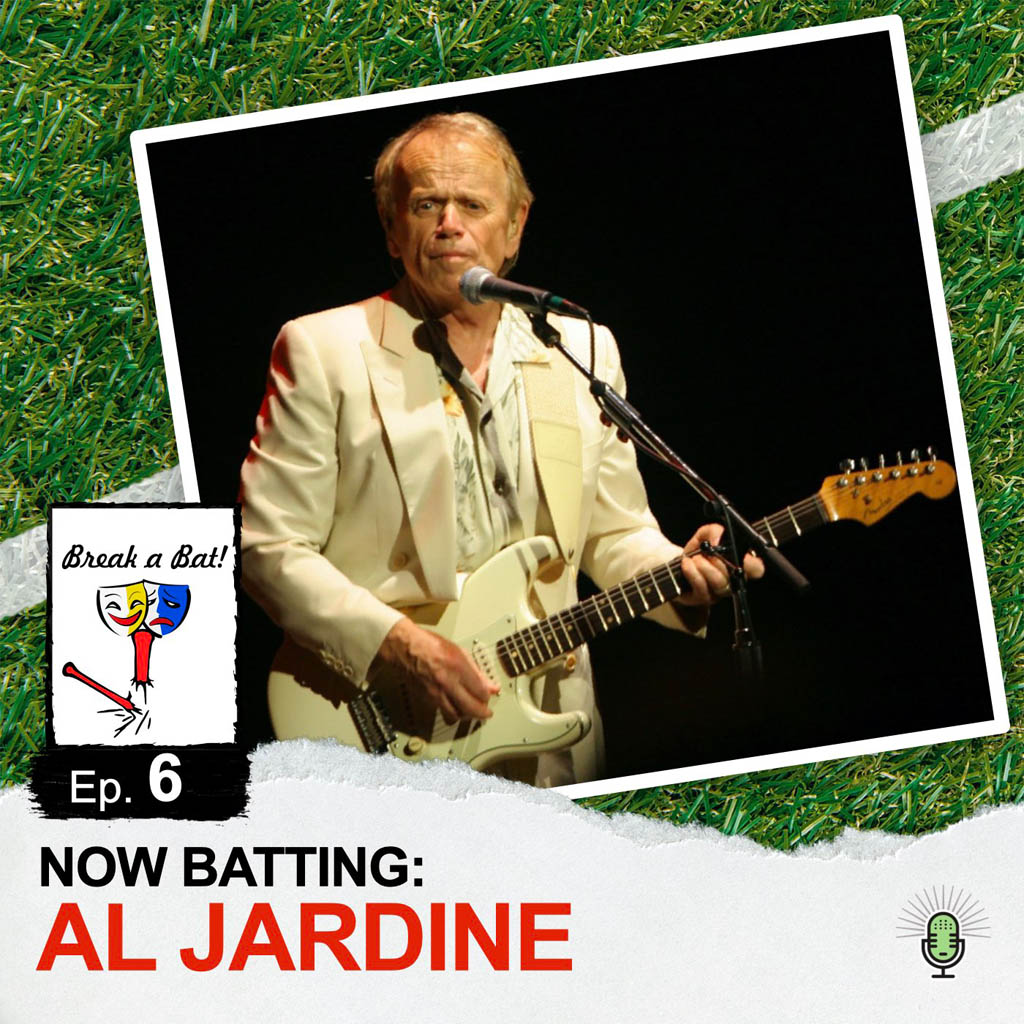 An intimate conversation with Rock & Roll Hall of Famer, Al Jardine, a founding member of one of the greatest bands in music history: The Beach Boys. A lifelong fan of America’s Pastime, Al steps into the Batter’s Box with fond memories of California baseball’s early days, fresh off his performance at the Beacon Theatre alongside Brian Wilson. Al presents pointed ideas about what would make a successful Broadway musical featuring the band’s iconic song catalog, and even breaks some news on that front. He also discusses the creative peaks, as well as the turmoil surrounding very specific periods of The Beach Boys’ history. This was a special interview for your host, Al Malafronte, who grew up with the band’s music as part of his life soundtrack.

Connect with Al Jardine on Instagram: @aljardine409 and online at: www.aljardine.com