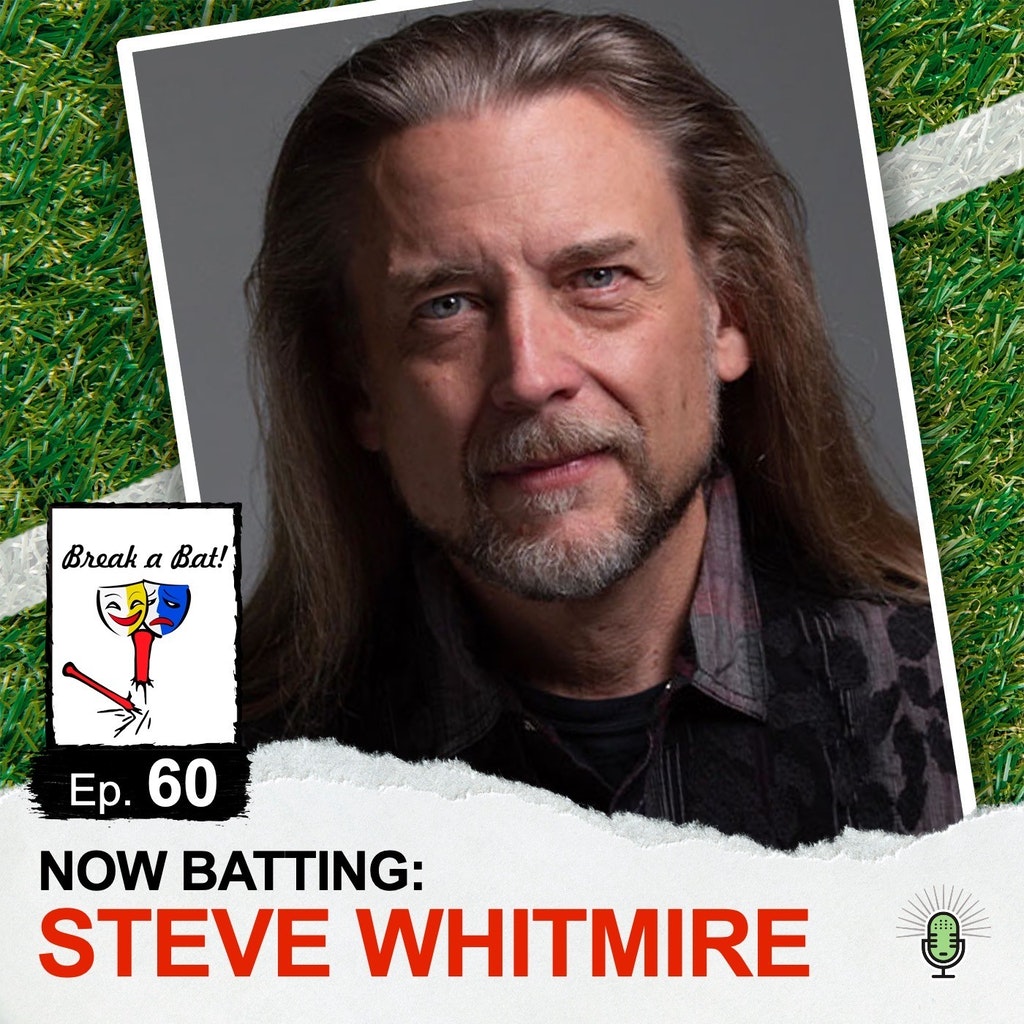 Steve Whitmire steps into the Batter’s Box for Episode 60 of Break a Bat! Here on Broadway, we have a deep appreciation for artists who master the ability to create characters. Over the course of a 40-plus year career in show business, few have done this better than Steve Whitmire. Whitmire got his start with The Muppets in 1978 as a lead puppeteer alongside Jim Henson on The Muppet Show. It was there he originated the wise-cracking New Yorker, Rizzo the Rat, and he would then go on to perform in nearly every Henson project thereafter including Fraggle Rock, The Dark Crystal, Labyrinth, and all of the major Muppet films. After Jim Henson’s passing in 1990, Whitmire was tapped as the man to succeed him as the performer of Kermit the Frog, as well as Ernie on Sesame Street.

Whitmire’s incredible body of work shines particularly bright here in New York City, and what makes this chat unique from some of Whitmire’s previous interviews is the special focus on various projects he helped create in the Big Apple. Whether it be working on one the ultimate films about Broadway in The Muppets Take Manhattan, Sesame Street, or the many Macy’s Thanksgiving Day Parades that he performed in, his stories and insight are truly incredible. One story that provided some particularly big laughs actually came via Whitmire’s time at Yankee Stadium, when he was invited to perform with Kermit at Yankees’ Opening Day in 2012. He also dives deep into how he channeled the necessary technique and craft in order to not only perform Kermit, Ernie, and Rizzo, but develop them as living entities in the world.

Another key talking point in our conversation was the current state of The Muppets. While Whitmire was performing his characters through 2016, he was truly one of the key players in keeping Jim Henson’s legacy and lineage tradition alive with The Muppets. Today, Whitmire’s thoughts on what it would take to bring the franchise back to what it was built upon echo those of other prominent creatives who worked closest with Jim Henson, and really hits home for those who believe in the purity of the characters. He even discusses a definitive project he’s developed that could very well re-introduce The Muppets to a new generation of viewers under a promising new executive at The Muppets Studio.

While Whitmire has accomplished nearly everything one can in puppetry, he still continues to do phenomenal work with his own character Weldon the I.T. Guy on the CAVE-iN series, in which he created and also stars in. The series serves as a live streaming platform for viewers to interact with his character, and very much captures the brilliance of his work that he’s become known for throughout his distinguished career.