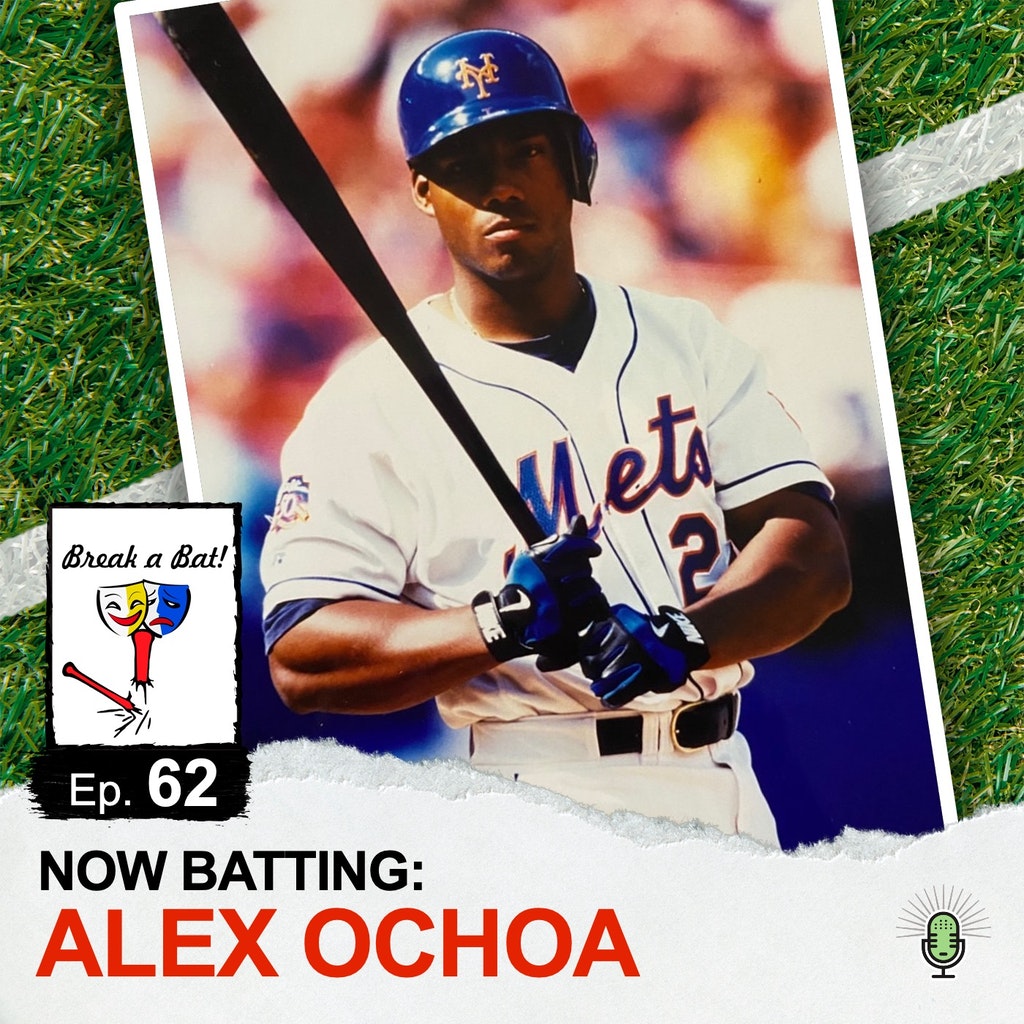 Alex Ochoa steps into the Batter’s Box for Episode 62 of Break a Bat! Ochoa’s baseball career spanned eight Major League seasons from 1995-2002, and another six seasons in Japan from 2003-2007. In retirement, he’s still involved in baseball on the business side as an agent for the Boras Corp in his hometown Miami.

In this episode, Ochoa and host Al Malafronte talk about the current state of baseball and Broadway, the Hamilton movie, as well as many of the highlights from his time playing the game he still loves as much as ever. Some of Ochoa’s fondest memories on the field go back to his time on Broadway, having played with the New York Mets from 1995-1997. Ochoa is among one of only ten players in franchise history to hit for the cycle, a feat he accomplished on July 3, 1996.

We also rehash some of the adjustments he made as a performer, which served him better than ever in 2002 as a member of the World Champion Anaheim Angels. One particularly interesting chapter of Ochoa’s career came when he made the decision to leave Major League Baseball to play in Japan, as some of the stories and perspective he shared from that time made for incredible conversation. A conversation not just about baseball, but also personal development that could serve anyone aspiring to succeed either on stage, screen or at the stadium.