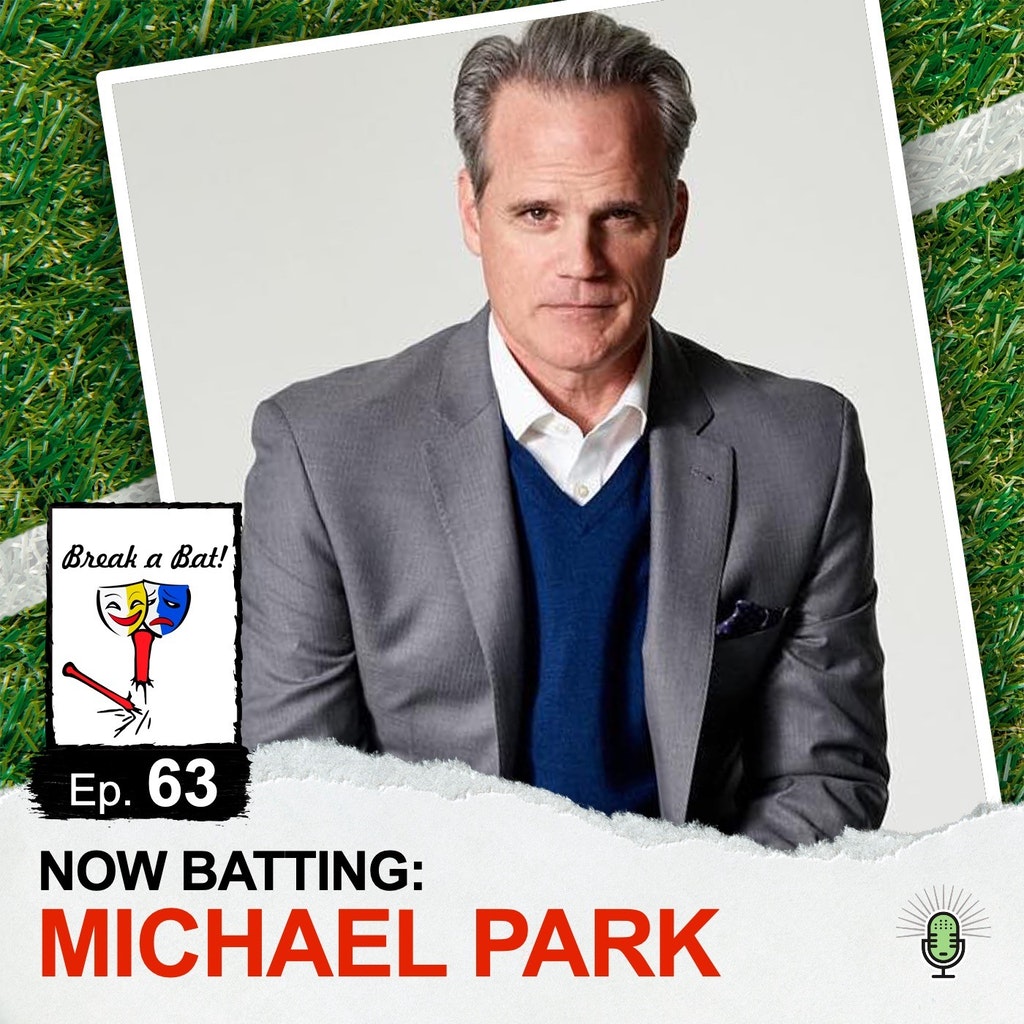 Michael Park steps into the Batter’s Box for Episode 63 of Break a Bat! For nearly three decades, Park’s work as an actor has earned him tremendous critical and popular acclaim. Here on Broadway, Park’s credits have spanned anything from Smokey Joe’s Cafe, How to Succeed in Business Without Really Trying, Tuck Everlasting, and most recently, Dear Evan Hansen. On screen he’s best known for his work on Stranger Things, You, and As the World Turns – a performance that earned him back to back Daytime Emmy Awards in 2010 and 2011 for Outstanding Lead Actor in a Drama Series.

In addition to everything Park has accomplished in his acting career, he’s also a lifelong baseball fan with a special love for the New York Yankees. It was particularly interesting to hear how his love and knowledge of baseball has played into some of his most prominent work, as discussed with host Al Malafronte and production assistant Erin Connors. Park even touches on a new project he’s been writing during the pandemic that focuses on America’s Pastime. The man who taught us the hard way, but the right way to break in a glove as Larry Murphy in Dear Evan Hansen brought a really fun vibe to this free-flowing conversation that can be appreciated by sports and theatre fans alike.