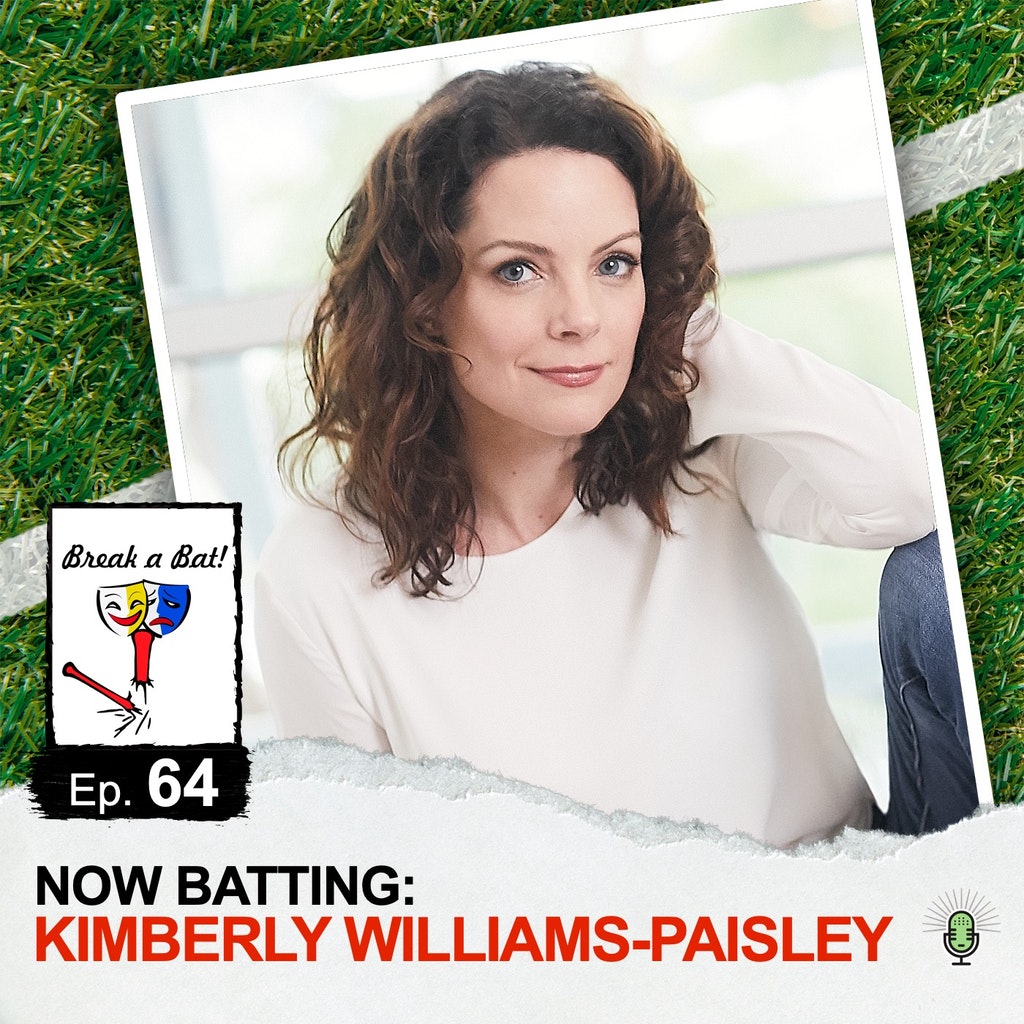 Kimberly Williams-Paisley steps into the Batter’s Box for Episode 64 of Break a Bat! Born and raised in New York, Williams-Paisley has been starring in film, television, and theater for more than 30 years. Now a New York Times Best Selling Author, she’s garnered tremendous praise and admiration through her performances in both installments of Father of the Bride, According to Jim, Nashville, Two and a Half Men, among dozens of other prominent credits.

In this episode, Williams-Paisley joins host Al Malafronte to chat about her busy 2020, as her two latest projects have fast become holiday favorites. This season, she reprised her role as Claire in The Christmas Chronicles 2 which is now streaming on Netflix, and throughout the rest of this month you can catch her in re-airings of A Nashville Christmas Carol which just premiered on the Hallmark Channel. In addition to everything Williams-Paisley has accomplished on the performing front, she also continues to do great work off-screen. In March, she and her husband Brad Paisley opened The Store, a grocery store in the Nashville area for indigent families who are looking to rebuild their lives apart from public assistance. You can find more information at thestore.org.

Although Williams-Paisley now lives in Nashville, her love for The Big Apple has never wavered. She and Malafronte also talk about a mutual love for their hometown around the holidays, and even look back at her time on Broadway in the Tony-winning The Last Night of Ballyhoo. On the sports front, she and her husband may be Nashville’s biggest Los Angeles Dodgers fans, which led to plenty of great baseball anecdotes and stories. A particularly fun edition of Fastball Derby also ensues, and very much captures the spirit of this awesome conversation filled with plenty of laughs! It’s episodes like this one that are a huge part of why we love doing this podcast.