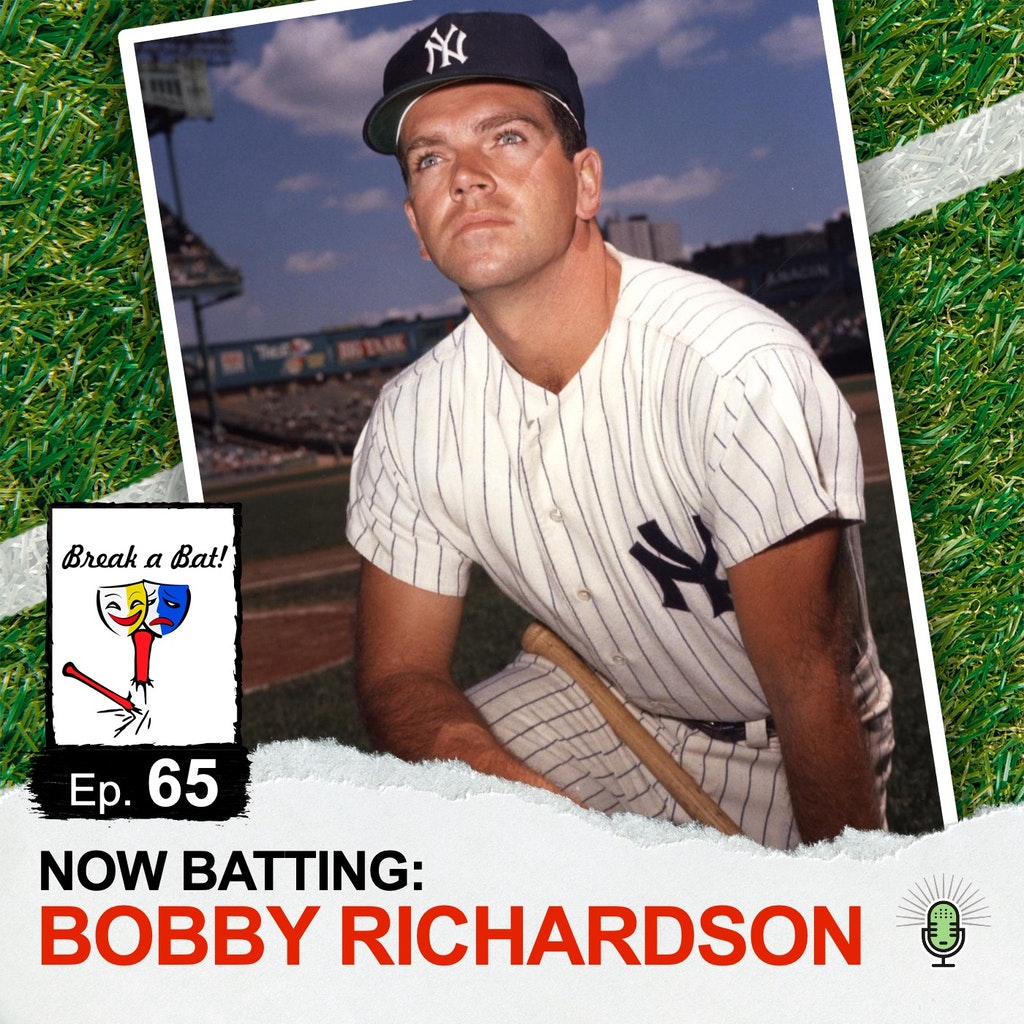 New York Yankees legend Bobby Richardson steps into the Batter’s Box for Episode 65 of Break a Bat! Over the course of a storied 12-year career spanning 1955-1966, Richardson was selected to more All-Star Games (8) and won more Gold Glove Awards (5) than any 2nd Baseman while performing on Broadway. He also won the 1960 World Series Most Valuable Player Award when he set an all-time Fall Classic record with a remarkable 12 Runs Batted In. That record still stands today, as Richardson would go onto retire as a member of 4 World Championship casts, and the proud owner of a .305 lifetime Batting Average in the World Series.

In our 2020 finale, Richardson talks with host Al Malafronte about some of his fondest memories while dawning the pinstripes. Whether it be performing with some of the most iconic casts and characters in baseball history, leading the American League in hits in 1962 with 209, or catching Willie McCovey’s screaming liner to close out the World Series, his countless stories were nothing short of a joy to listen to. He also touched on the special relationship he had with his teammate Mickey Mantle, especially during the final years of Mantle’s life. It was Richardson that had Mantle’s funeral, and delivered a passage that’s since become key scripture in the baseball community in “God’s Hall of Fame.” We were fortunate enough to hear Mr. Richardson recite those words in this conversation that was as uplifting as anything we’ve ever experienced on Break a Bat!