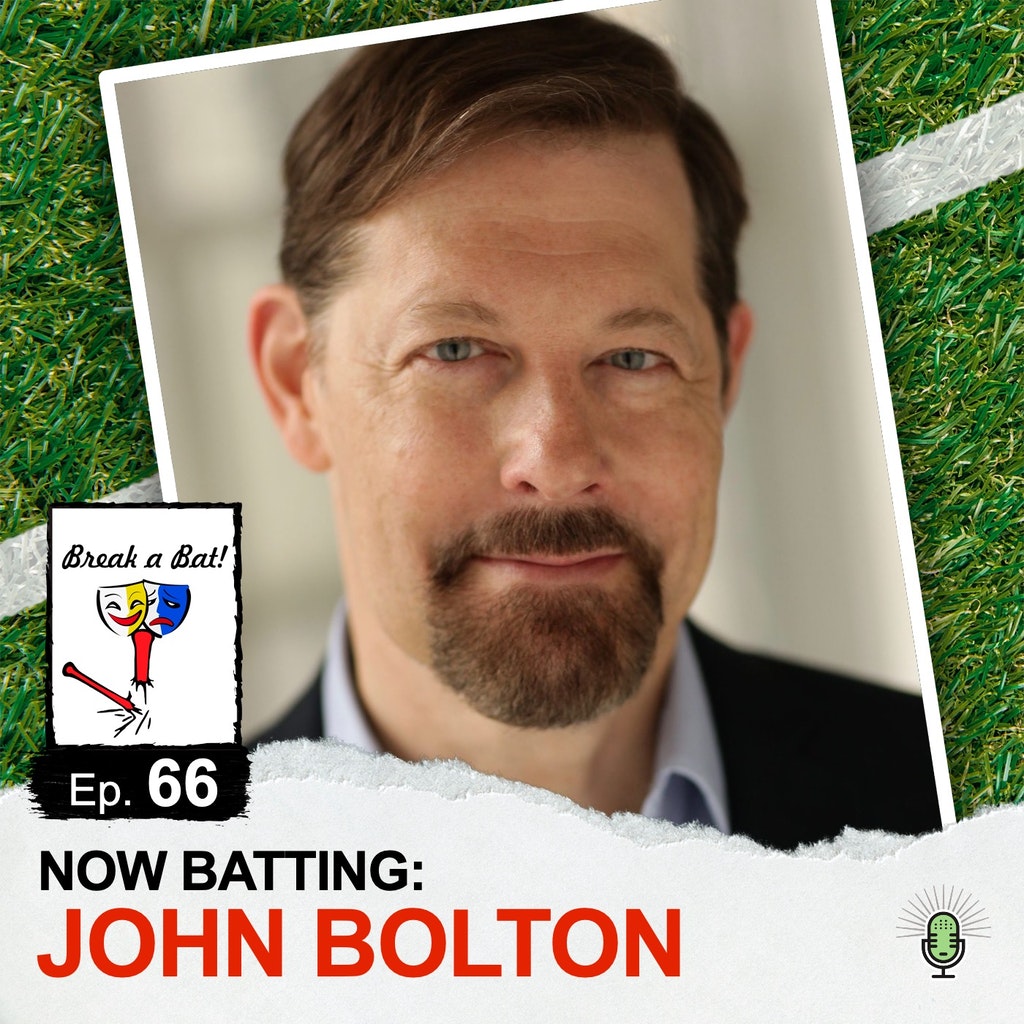 John Bolton kicks off 2021 in the Batter’s Box for Episode 66 of Break a Bat! Bolton’s esteemed Broadway career dates back to 1994 when he made his debut in Damn Yankees. One of the most versatile performers in the game, he’s since gone onto appear in How to Succeed in Business Without Really Trying, Titanic, Contact, Spamalot, Curtains, A Christmas Story, Dames at Sea, and Anastasia.

Over the years, Bolton has endeared himself to audiences as a true master of physical comedy. As discussed, he’s a firm believer in the idea that theatre is the ultimate team sport, allowing him to maximize his value to any roster he’s playing on. In a true Baseball meets Broadway crossover episode, Bolton also rehashes his experiences recording voiceovers for Damn Yankees with the legendary Mel Allen, his love of The Bad News Bears, and even his dog scaring Derek Jeter on the streets of Manhattan!