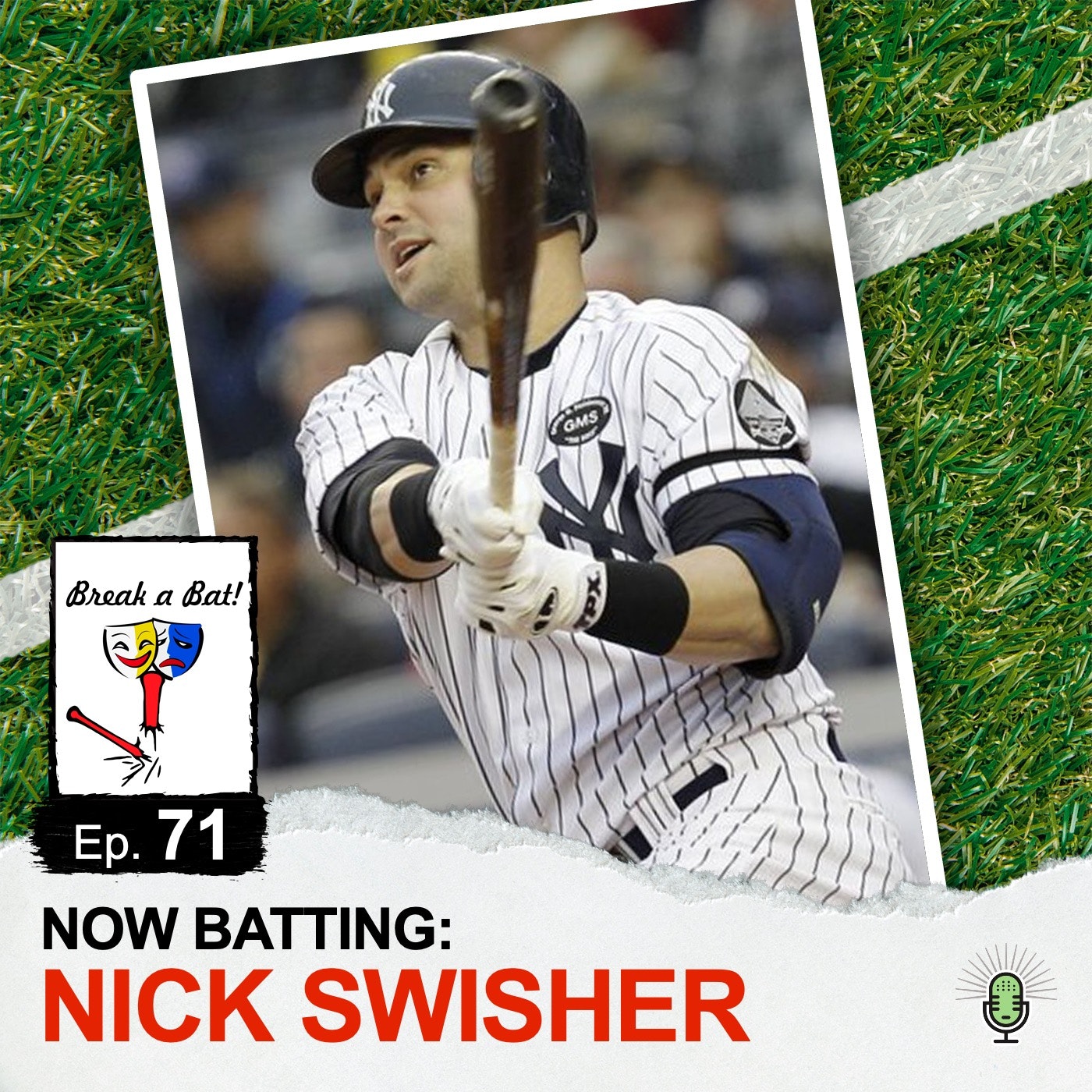 It’s a SWISHALICIOUS day on Broadway, as the one and only Nick Swisher joins us for Episode 71! During a memorable Broadway tenure that spanned 2009-2012, few performers in New York Yankees history are more beloved than Swisher. While dawning the pinstripes, he not only cemented a legacy as a World Champion (2009) and All-Star right fielder (2010) but as a colorful personality and passionate player that would run through a wall for Yankee fans. These days, he’s still involved with the team as a Special Advisor and can be seen on TV as a studio analyst for FS1.

Swisher brings great stories and big laughs to The Batter’s Box, as he and host Al Malafronte look back fondly on his Yankee years. Whether it be changing the dynamic of a stuffy clubhouse, triumphing in the face of adversity, or helping ring in the new Yankee Stadium with a World Series, Swisher truly bares it all and then some. Like much of our fanbase, he’s also extremely passionate about the performing arts, as some of his favorite nights in the city center around trips to the theatre. He even has an epic Broadway dream role in mind and shares the little-known backstory behind his own acting gig on How I Met Your Mother. Swisher is one of baseball’s good guys, and that very much shines through in this conversation that we’re so proud to share with you.