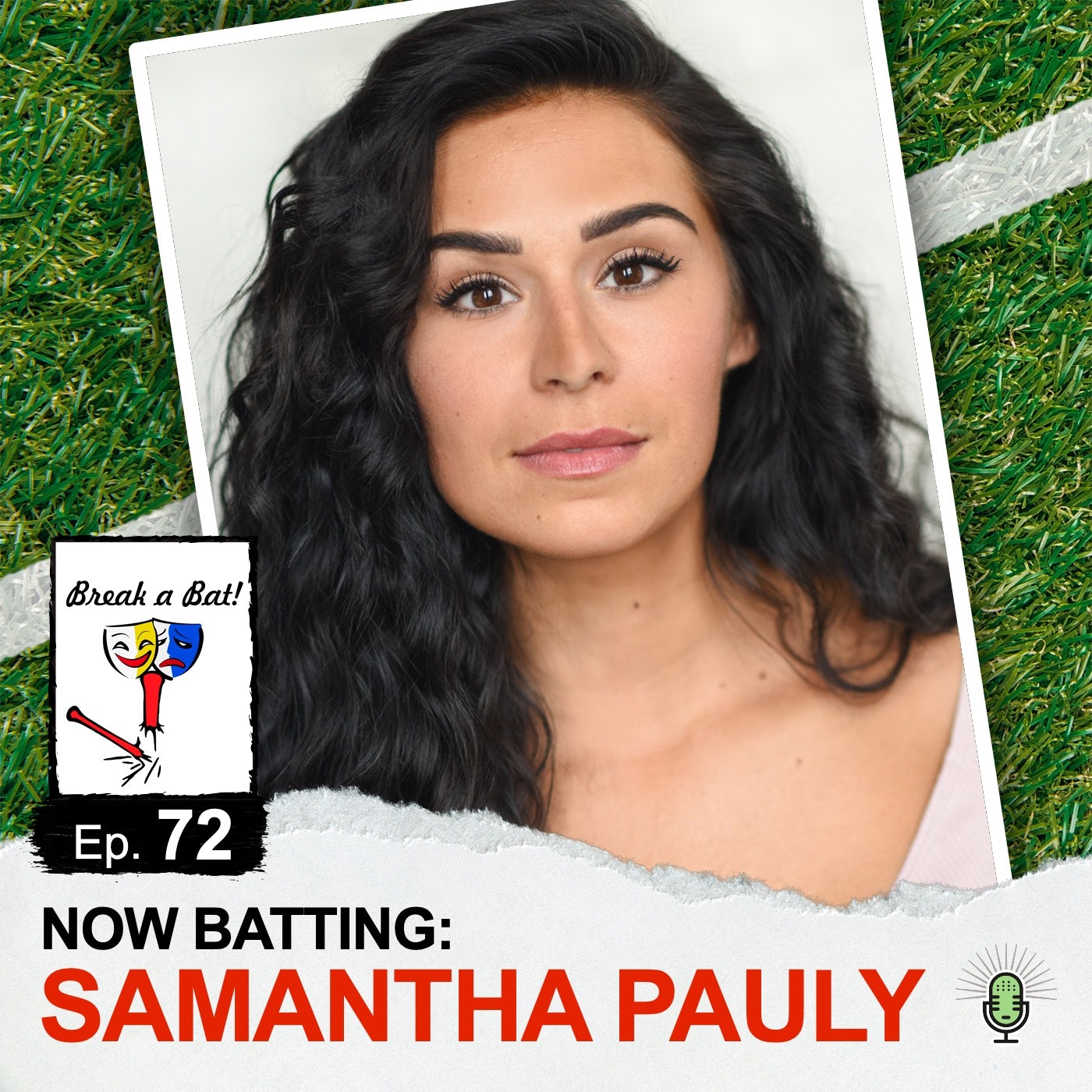 Samantha Pauly is trading in her crown for a bat in Episode 72, as we’re pleased to welcome one of the big hitters from SIX the Musical to The Batter’s Box! Pauly cemented herself as a marquis name in the Broadway community when she used her major power to take on the role of Katherine Howard in SIX‘s North American tour and then on Broadway. Prior to joining the queendom, she had starred in Evita on the West End, the touring production of Bat Out of Hell, and regional productions of Honeymoon in Vegas, Elf, Seussical, and Godspell.

Our fun and insightful chat covers all bases, as Pauly discusses anything from her memories of the Chicago Cubs’ 2016 World Championship to the highs and lows of show business. She even touched on the messy cancellation of the Bat Out of Hell tour and how it almost led her to leave the industry entirely. Fortunately, that hiatus didn’t last very long, as she soon found herself as a highly sought-after free agent with SIX ready to pursue her.

Pauly and host Al Malafronte also had some major laughing fits, particularly during this week’s edition of the 7th Inning Stretch. When you use Aroldis Chapman, Broadway, and Disney as the basis of a trivia game, one might suppose that laughs are inevitable…This episode paints all kinds of corners and hits home, like a Chapman fastball, for baseball and theatre fans alike.