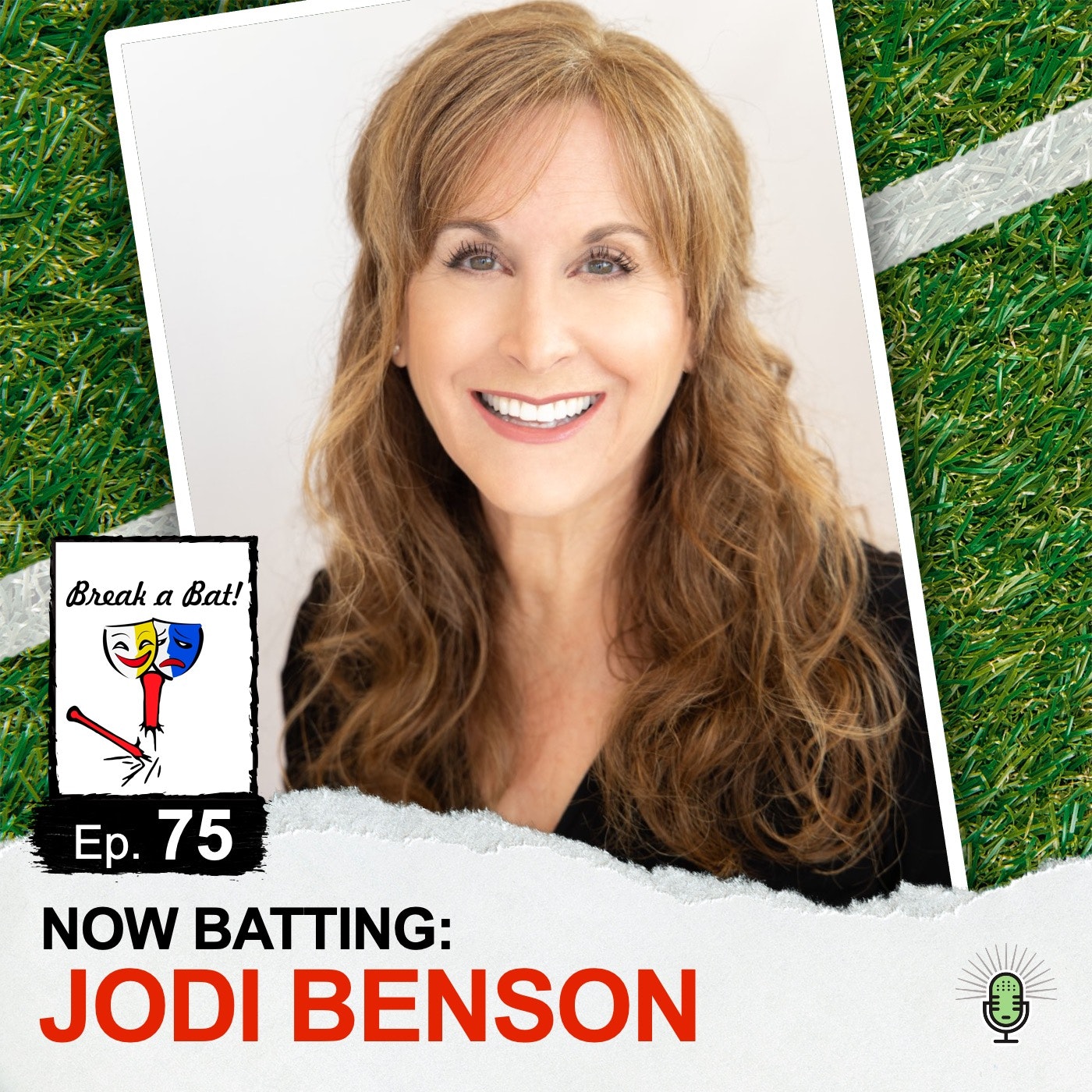 It’s one of those special days in The Batter’s Box, as Jodi Benson joins us for Episode 75! Inducted as a Disney Legend after serving The Walt Disney Company for the past 33 amazing years, Benson has received worldwide recognition and critical acclaim for her tremendous talent and iconic performances. She’s best known as the beloved singing and speaking voice of Ariel in the Academy Award-winning Walt Disney animated feature film, The Little Mermaid. To this day, she remains the only actress to voice Ariel in all of the subsequent Disney projects that have followed the film’s initial release. With a resume that spans dozens of prominent voiceover credits, she also performed the bubbly voice of Tour Guide Barbie in Disney Pixar’s Toy Story 2, winner of the Golden Globe Award for Best Picture, and then reprised the role in the Academy Award-winning Toy Story 3.

In addition to everything Benson has accomplished on-screen, it was right here on Broadway where she began her phenomenal career in show business. Her four Broadway credits are highlighted by a Tony nomination for Best Actress in a Musical for her performance in Crazy For You, which went onto win the Tony Award for Best Musical. This week she joined host Al Malafronte to discuss anything from her love of sports and theatre, the legacy of her characters, and some of the incredible behind-the-scenes stories that have helped shape her as a true Disney Legend in every way. This conversation also featured a guest appearance from our show’s original co-host Scotty Katzmann, who was eager to share his latest song parody that pays homage to both The Little Mermaid and The National Pastime.

Ms. Benson is truly the good stuff in show business and this conversation ranks high among our podcast’s essential episodes – filled with plenty of insight, laughter, and of course, music!