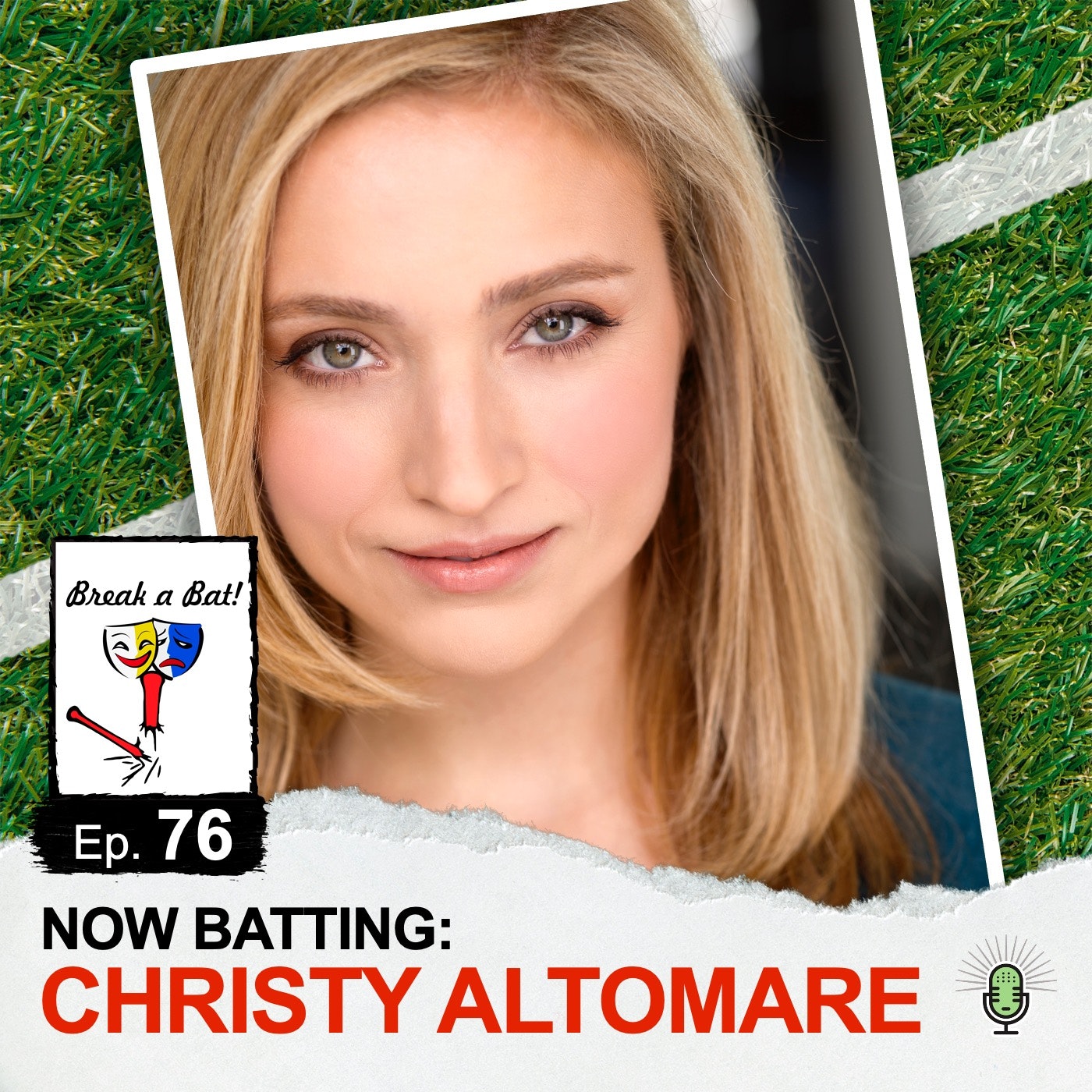 LOOKOUT! Christy Altomare steps into The Batter’s Box for Episode 76! One of Broadway’s most beloved players, Altomare’s talent as a leading lady is up there with anyone’s in the game. She got her start in show business when she starred as Wendla in the first national tour of Spring Awakening in 2008, before taking on the role of Sue Snell in the off-Broadway revival of Carrie in 2012. Later that year, she’d go on to make her Broadway debut in Mamma Mia! when she starred as Sophie Sheridan, and most recently, she originated the role of Anya in Anastasia. In doing so, she not only earned a Drama Desk Nomination and Theatre World Award, but she also won the very prestigious Broadway.com Star of the Year title in 2017. We often parallel that honor to being MLB’s top Vote-Getter at the All-Star Game…

In a conversation that covers all bases, Altomare speaks with host Al Malafronte about anything from her latest songwriting endeavors to her biggest grand slams on Broadway. She also discusses achieving great heights as a performer, and in her case, overcoming a tough period of darkness in order to do so. Altomare explains what inspired her to make changes in her life off-stage in order to propel success on it, which is a story that can motivate anyone who’s looking to excel either on stage or at the stadium. This chat also features big laughs during this week’s 7th Inning Stretch trivia, along with some epic banter about Billy Joel vs. Bruce Springsteen concerts, Italian name translations, and even New York Yankees references in Friends. Tune in for a special one.