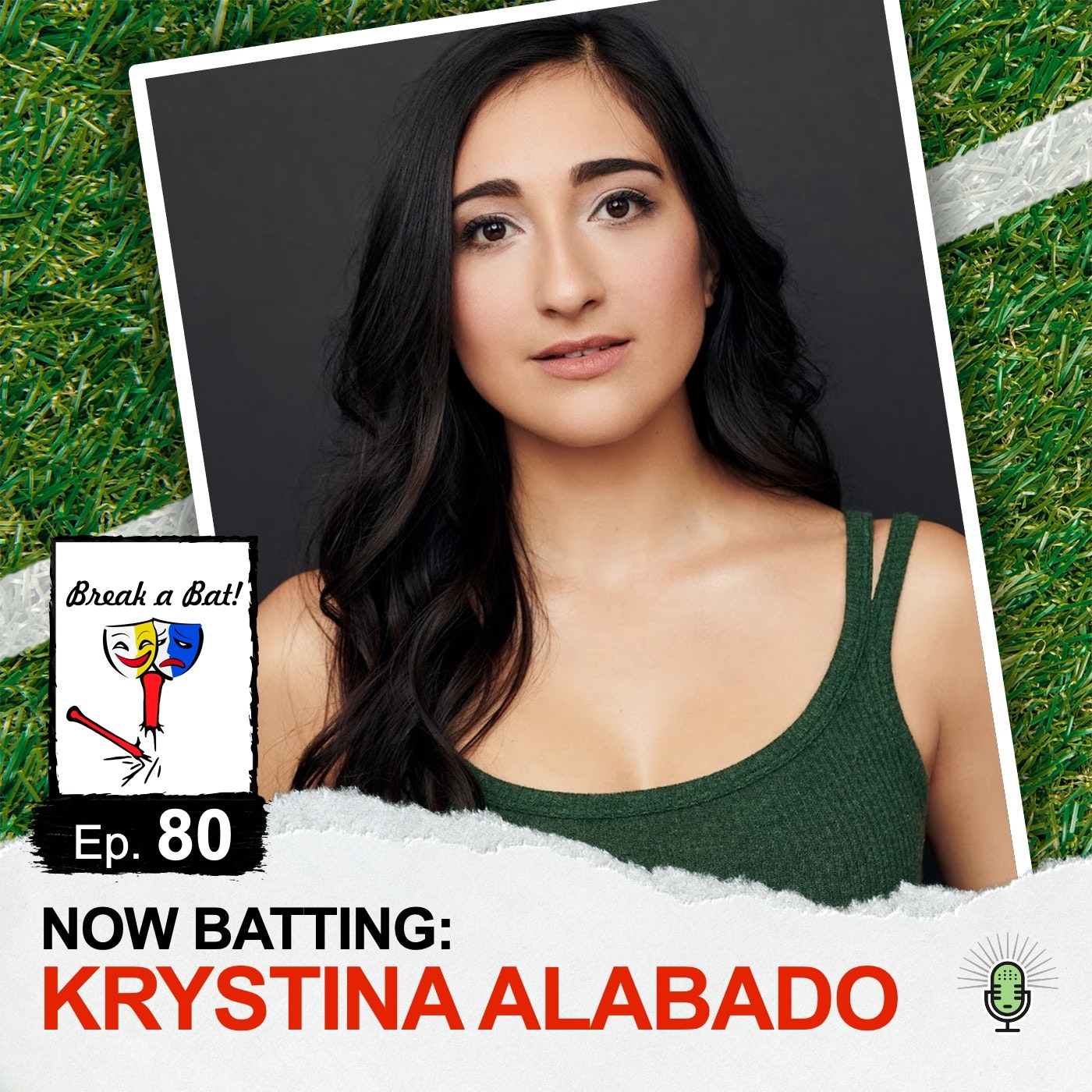 “Fetch” is happening in The Batter’s Box, as Krystina Alabado joins us for Episode 80! Alabado starred as Gretchen Wieners in Mean Girls on Broadway from March 2019 until the show’s final performance in March 2020, and has authored a phenomenal stage career that now spans more than a decade. Her other credits include the touring production of Spring Awakening, American Idiot and American Psycho on Broadway, and Lazarus at the New York Theatre Workshop.

In addition to everything Alabado has accomplished on stage, she’s also a tremendous Arizona Diamondbacks fan! This week she joins host Al Malafronte to revisit some of her fondest memories growing up in Phoenix during the glory years of one of baseball’s most successful expansion teams. She’s currently living out every diehard fan’s bucket list with a mission to visit every Major League stadium (and even keeps score when she goes!) Her stories from the stage and stadium are nothing short of awesome, as we talk about anything from the Diamondbacks’ 2001 World Series run to her experiences working with both Tina Fey and David Bowie.

In the spirit of our theme, we also brought back 7th Inning Stretch trivia, as Alabado tested her baseball and Broadway knowledge in an attempt to join our prestigious ‘Winner’s Circle.’ We even had a guest appearance from her husband/diehard baseball fan/fellow Broadway veteran, Robert Lenzi (South Pacific, Finding Neverland, Tina) who served as her lifeline during the game. This conversation was a blast and epitomizes a true celebration of our two greatest passions.