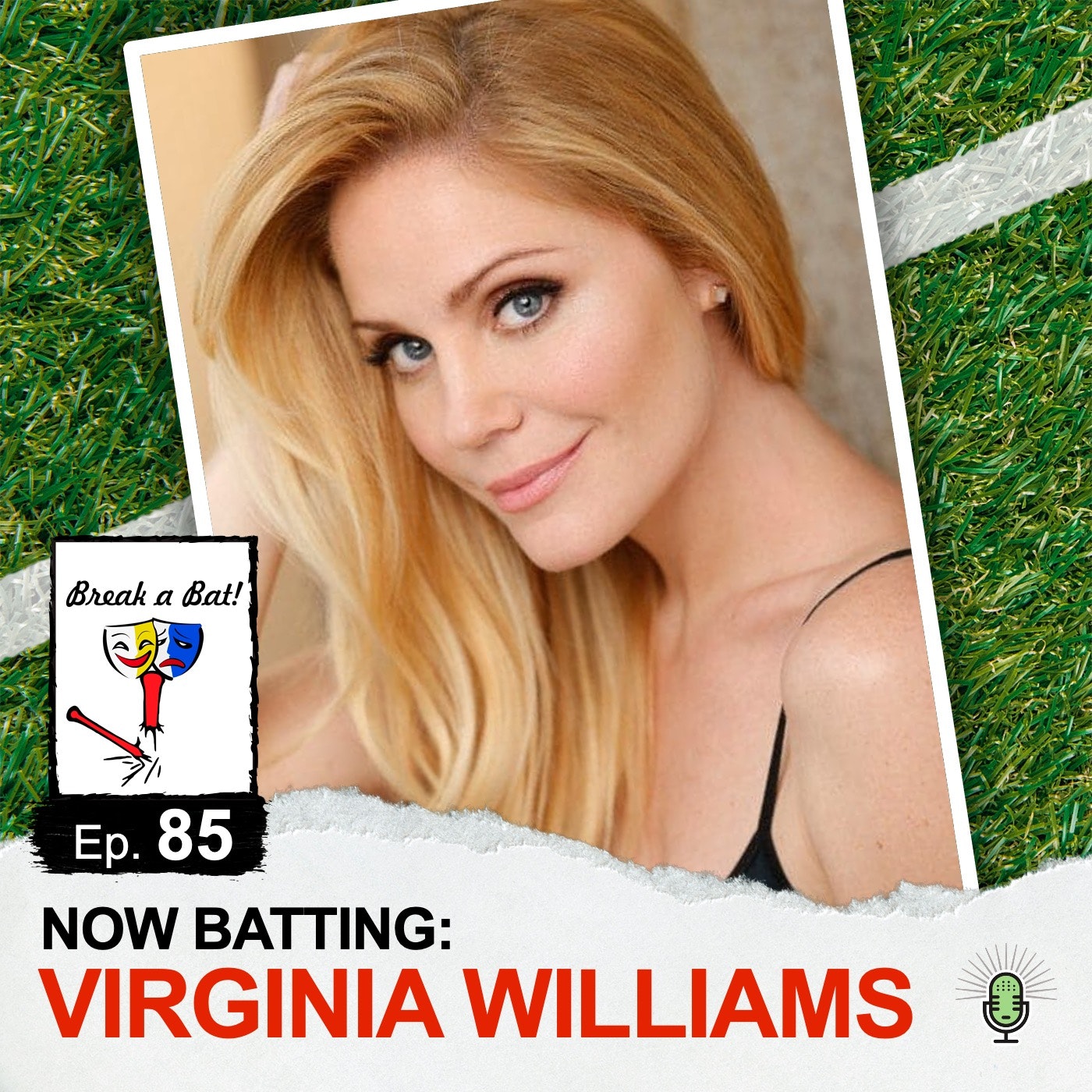 “Undersell and overdeliver.” Virginia Williams steps into The Batter’s Box for Episode 85! Williams is co-starring in the second season of Why Women Kill which premieres on Paramount+ on June 3, and brings insight, stories, and laughs from her 26 years in show business. She got her professional start in the soap world on One Life to Live when she was all of 17 years old and has since gone onto author credits such as As the World Turns, How I Met Your Mother, Fairly Legal, Fuller House, Teenage Bounty Hunters, and Charmed.

While Williams is best known for her work on-screen, she remains a tremendous fan and student of theatre, with a Theatre Performance degree from Fordham University and a background in Shakespeare. In a conversation chock full of baseball parallels, she and host Al Malafronte had an absolute blast chatting about anything from Hamilton to The Sound of Music to the “wife or daughter” game. Williams also discusses how she shook off the rust when returning to set for Why Women Kill, and even takes a stance in the Jeter vs. A-Rod debate!