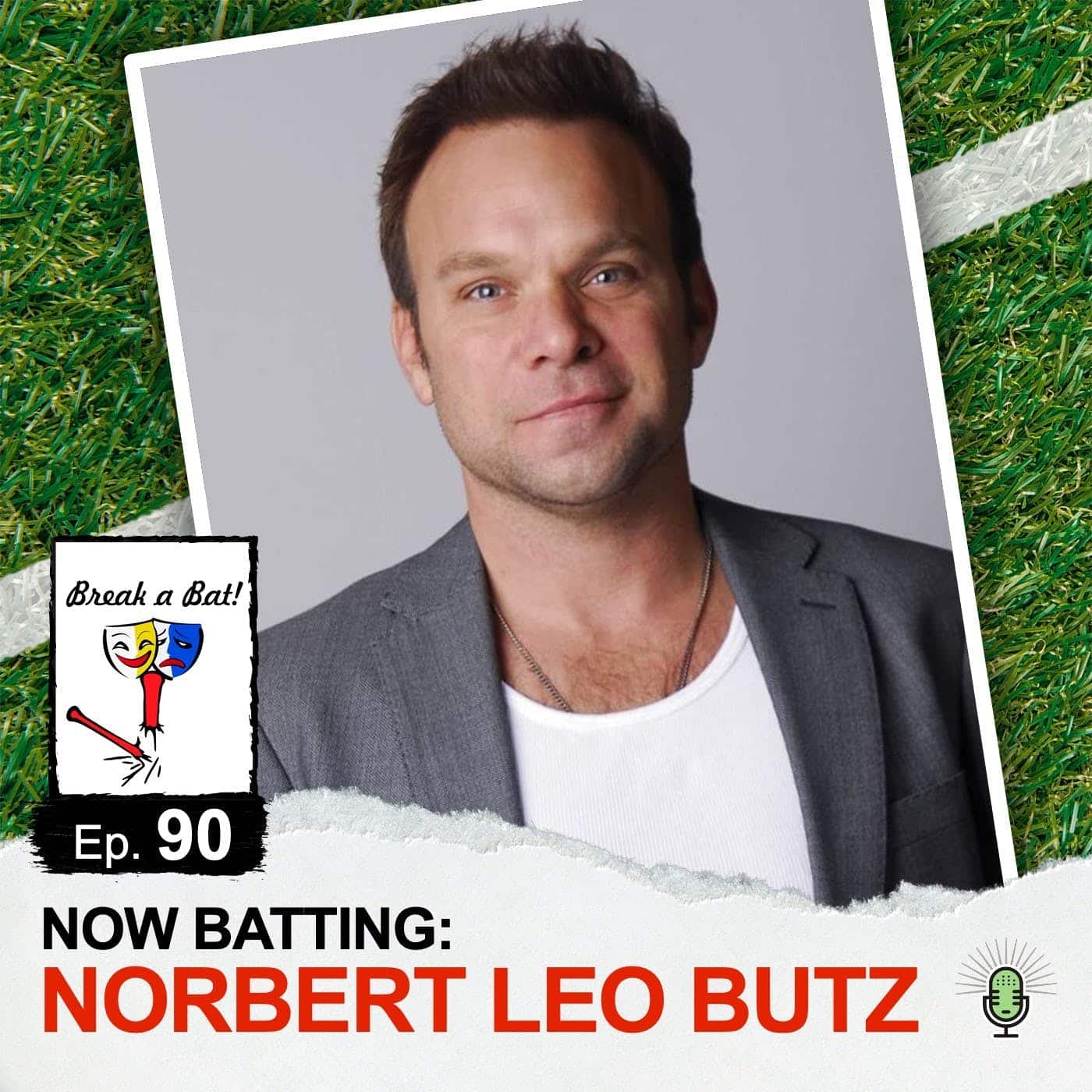 We have the honor of welcoming our very first Tony Award-winner to The Batter’s Box, as the great Norbert Leo Butz joins us for Episode 90! Butz’s many Broadway accolades are highlighted by four Tony Award nominations, winning twice for Best Performance by a Leading Actor in a Musical thanks to his performances as Freddy Benson in Dirty Rotten Scoundrels in 2005, and again in 2011 when he portrayed Agent Carl Hanratty in Catch Me If You Can. He’s also starred in Rent, The Last Five Years, Wicked, Big Fish, My Fair Lady, among other prominent credits.

In addition to all of his accomplishments on stage and screen, Butz is just as passionate about baseball as he is for theatre. Growing up in St. Louis, Missouri, he spent much of his childhood at Busch Stadium during the heart of the Cardinals’ great run in the 1980’s with Whitey Herzog at the helm. To this day, he still gets major adrenaline rushes on stage when his performances coincide with Cardinals’ World Series games, and has some very memorable stories about those occasions. In an extremely candid conversation, he discusses growing up in what he describes as a very Catholic household with 10 other siblings, and how sports and performing were always at the forefront of his passions. He also takes us through some of the major personal triumphs he’s experienced within the Broadway community, having found the ultimate teammates that bring out the best in him to help propel some of his greatest grand slams even in trying times.

Anyone from Joe Torre to Keith Hernandez to Bruce Springsteen has come to see Butz perform on stage, and even with all of his success as an actor, he’s as humble as anyone we’ve gotten to speak with. That humbleness, as well as his gratitude and brilliant comedic wit are on full display in this conversation that can be enjoyed by baseball and Broadway fans alike!