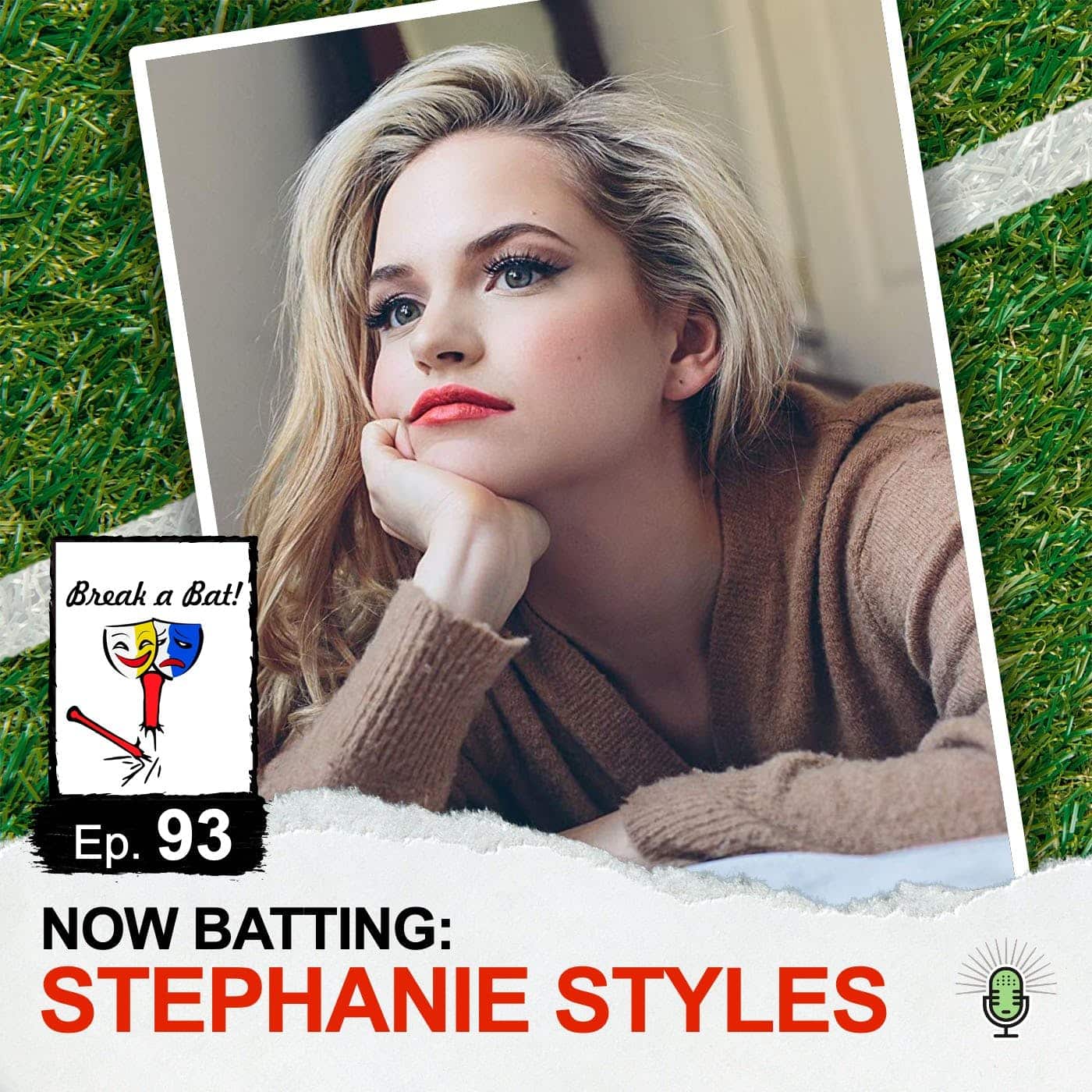 In one of our most fun chats to date, Stephanie Styles brings good vibes and big laughs to The Batter’s Box! While Styles is known to many for her starring role in the Broadway touring production of Newsies, the Broadway revival of Kiss Me, Kate, and her recurring role on NBC’s Zoey’s Extraordinary Playlist, she also has a large number of varied interests that are on full display in this episode. They truly make her personality shine in a free-flowing conversation that’s a real grand slam of a listen.

While Styles refers to herself as “sports adjacent” these days, she grew up as a tremendous Astros fan in her hometown of Houston. She took annual trips to Spring Training, attended World Series games, and even toured the country with Hall of Famer Craig Biggio as he chased his historic 3,000th hit. We talked plenty of baseball and its parallels to Broadway, but this conversation also featured a fun third element of our hour together, and that’s Styles’ well-known love of Disney. She and host Al Malafronte spoke at length about some of their most poignant memories as now-adult Disney fans, and in Styles’ case, how it helped launch her career when she got to live out her dream of performing for Disney on Broadway. We also managed to sneak some Baseball meets Broadway (meets Disney meets Muppets?) trivia into this week’s 7th Inning Stretch, and Styles certainly brought her big power bat to Fastball Derby!