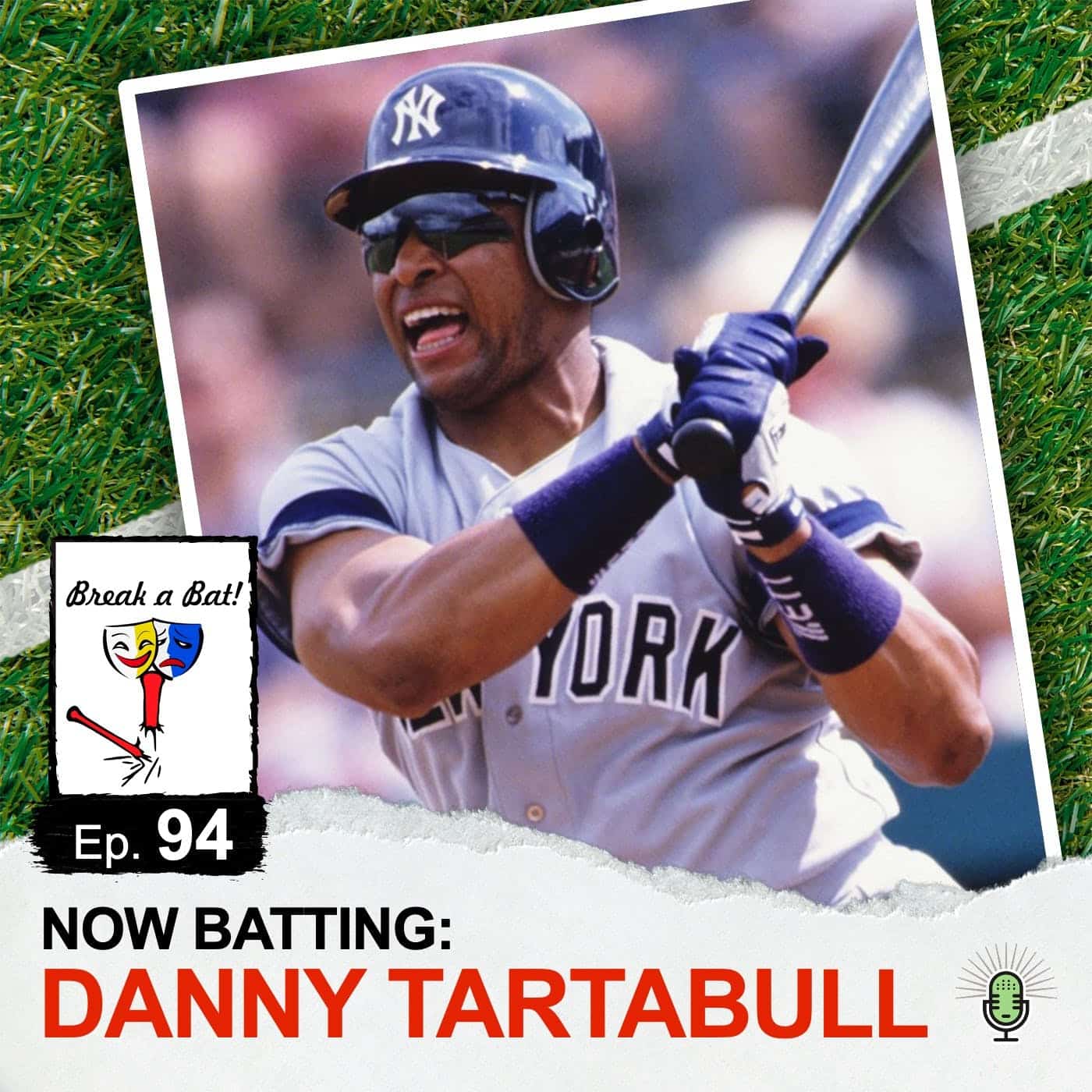 Battles with Roger Clemens paralleled to Alexander Hamilton and Aaron Burr dueling in Weehawken? That’s what happens when Danny Tartabull steps into The Batter’s Box! While “The Bull” has largely been out of the public eye since retiring from baseball in 1997, his legacy as one of the best right-handed hitters of the early ’90s remains as vital as ever. Over the course of 14 big league seasons, he was selected to an All-Star Game, won a Slugging Percentage title, and knocked in 100+ runs five times. He also had a very memorable tenure as a member of the New York Yankees from 1992-1995. This week, he joins host Al Malafronte for an impartial conversation to set the record straight on his time here and revisit the highs and lows that came with playing on baseball’s biggest stage.

Tartabull’s accomplishments as a Yankee were as strong as anyone’s on a rebuilding team, having posted the squad’s first .400 On-Base Percentage of the decade when the organization began to shift focus under legendary General Manager, Gene Michael. In 1993 he took his performance to the next level, posting the first 30 Homerun/100 RBI season by a Yankee in five years, leading the team in both said categories, as well as Runs Scored and Total Bases. However, his big contract was often a point of contention for owner George Steinbrenner, and the two clashed quite a bit as Tartabull explains. Whether it was landing on the field in a helicopter, threatening to move the team to New Jersey, or ripping Tartabull through the media, The Boss’ theatrics were certainly well-publicized and created quite the backstage dynamic. Tartabull tells it all and then some, as it was fascinating to get such an in-depth look at a truly pivotal chapter in Yankee history from a star player’s perspective.

This is Tartabull’s ultimate tell-all interview, and our chat will certainly satisfy not only the most passionate members of Yankees Universe, but all of the theatre fans in our audience as well. Tartabull loved his nights on Broadway and caught nearly every show that ran in the early and mid ’90s. Whether it be Rent or Les Misérables, Tartabull had a front-row seat to the Broadway revolution and has some awesome stories to go along with it. He’s also a bit of an actor in his own right, having guest-starred on Seinfeld twice at the request of the show’s creator and lifelong Yankee fan, Larry David! His behind-the-scenes memories of working alongside David, Jerry Seinfeld, and Jason Alexander were great to listen to and provided some big laughs!