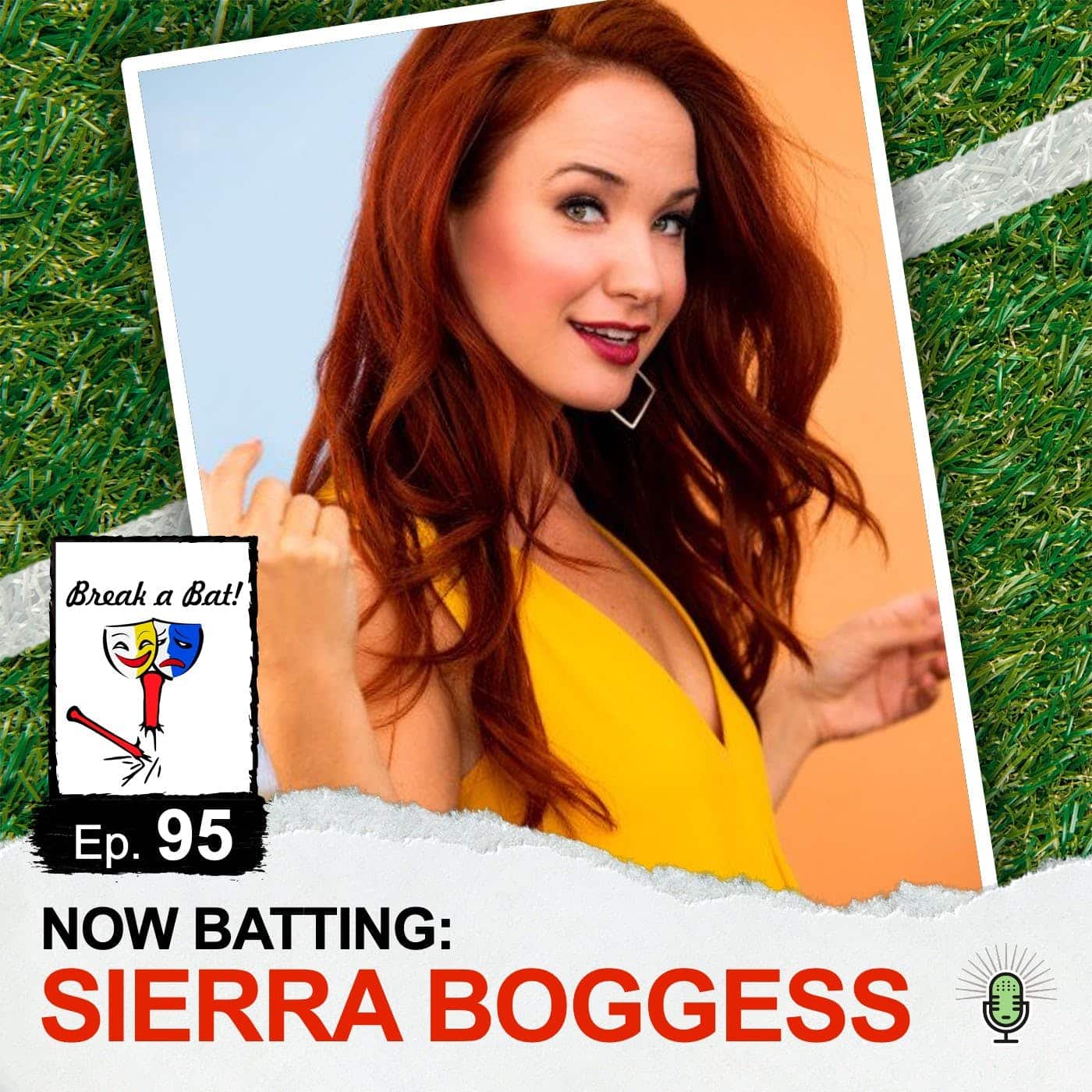 LOOKOUT! It’s one of those special days in The Batter’s Box as Sierra Boggess joins us for Episode 95! For nearly a decade and a half, Boggess has cemented a standing as one of the best players in the game here on Broadway through her brilliant ability to bring iconic characters to life on stage, her powerful singing voice, and inspiring disposition that embodies the good stuff in show business. Whether it was originating the role of Ariel in the Broadway production of The Little Mermaid, her portrayal of Christine Daaé in both the Broadway and London 25th Anniversary productions of The Phantom Of The Opera, or her other memorable performances in School Of Rock, It Shoulda Been You, Master Class, Lés Miserables, and Love Never Dies, her accomplishments on Broadway and The West End are on par with any hitter who’s dominated in both the American and National League.

Ironically, some of Boggess’ success on stage is rooted in her own athletic background, as she grew up as a competitive figure skater in her native Denver. Despite having to put the skates aside in her early teens, her passion for the sport has never wavered, and the values it taught her have truly helped shape her into the All-Star actress she is today. Over the past year, she’s rediscovered those skills on the ice and this week, she takes host Al Malafronte through this incredible chapter of joy and the intense work she’s put into it. She also discusses some of her eventual aspirations in the sport, which may just include competing on the professional level!

One of the ultimate testaments to a performer either on stage or at the stadium is their mental fortitude, and some of Boggess’ stories behind her success on Broadway fully back up that notion in this conversation. Her ability to set herself apart as a star player in order to achieve her dreams is on par with anyone we’ve ever spoken with. One might even view her as a master “hitter” when it comes to her technique, mindfulness, and ability to evaluate scouting reports before going into an audition room. On the subject of hitters, it’s fitting that Boggess views herself as a “DH” if she were to take on a position in baseball, and also has some great memories of her hometown Colorado Rockies!

If you’re in New York, be sure to catch Sierra Boggess in her upcoming concert series at 54 Below from September 8-11, as she helps ring in Broadway’s triumphant return this fall! Tickets are available here.