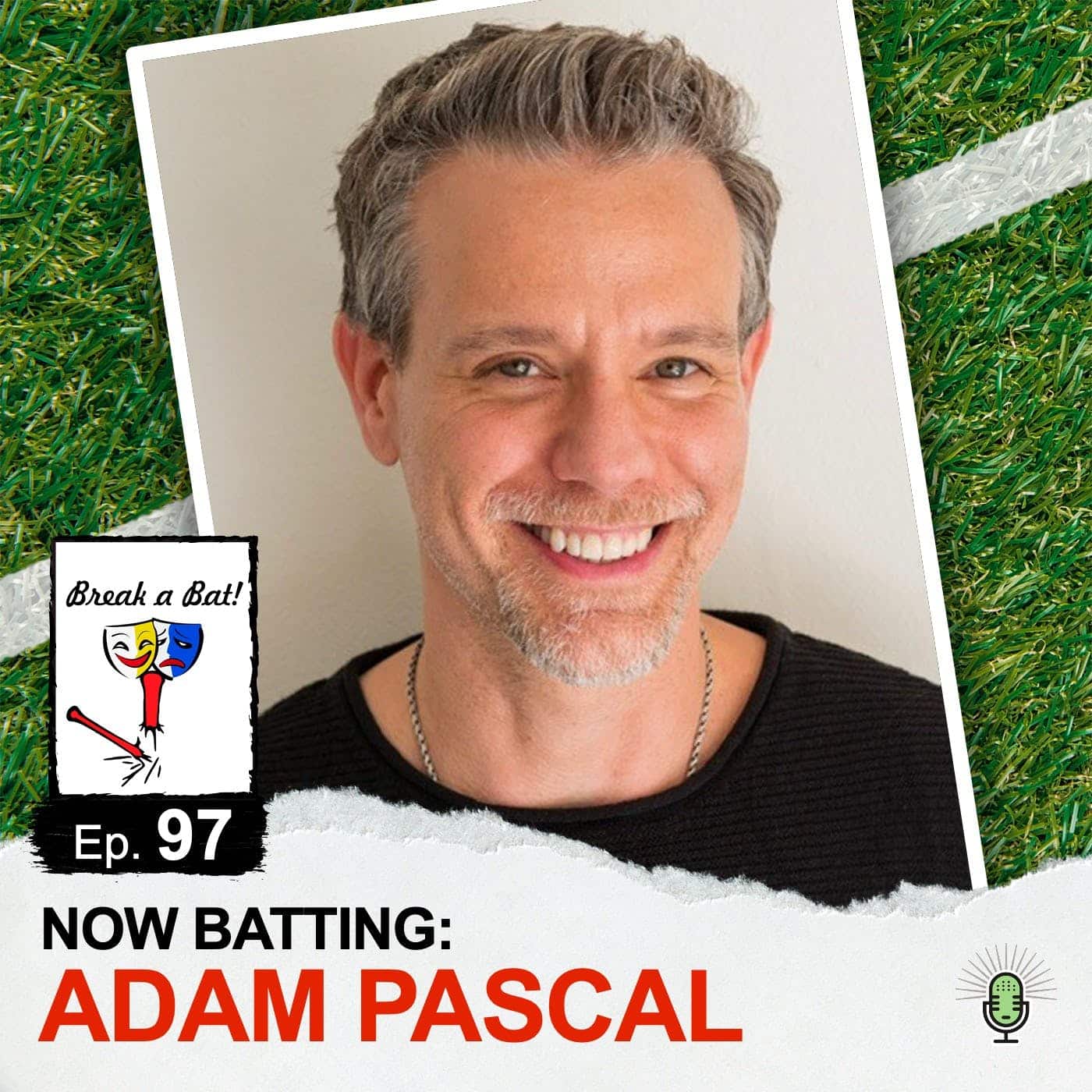 Adam Pascal steps into The Batter’s Box for Episode 97! Pascal is widely considered to be one of the most respected players in the game here on Broadway, having played for multiple championship casts that have helped shape the fabric of theatre over the past two and a half decades. Whether it’s the stage or screen adaptation of RENT, the Broadway productions of Aida, Memphis, Something Rotten, Chicago, or Disaster!, the back of Pascal’s baseball card is a sight to behold. He’s played on multiple Tony Award-winning teams that have taken home the Best Musical trophy and his individual accolades are highlighted by a Tony nomination and Theatre World Award.

Pascal is currently in the midst of an exciting career retrospective that’s available to stream exclusively on Stellar titled Adam Pascal… So Far. This week he joins host Al Malafronte to not only discuss some of the songs and stories that help shape the retrospective but so much more. Be it giving up his rockstar dreams he had as a kid growing up on Long Island, the best bagels in Huntington, or a “memorable trip” to the old Yankee Stadium, Pascal does not hold back in an incredibly candid (and hilarious) chat.