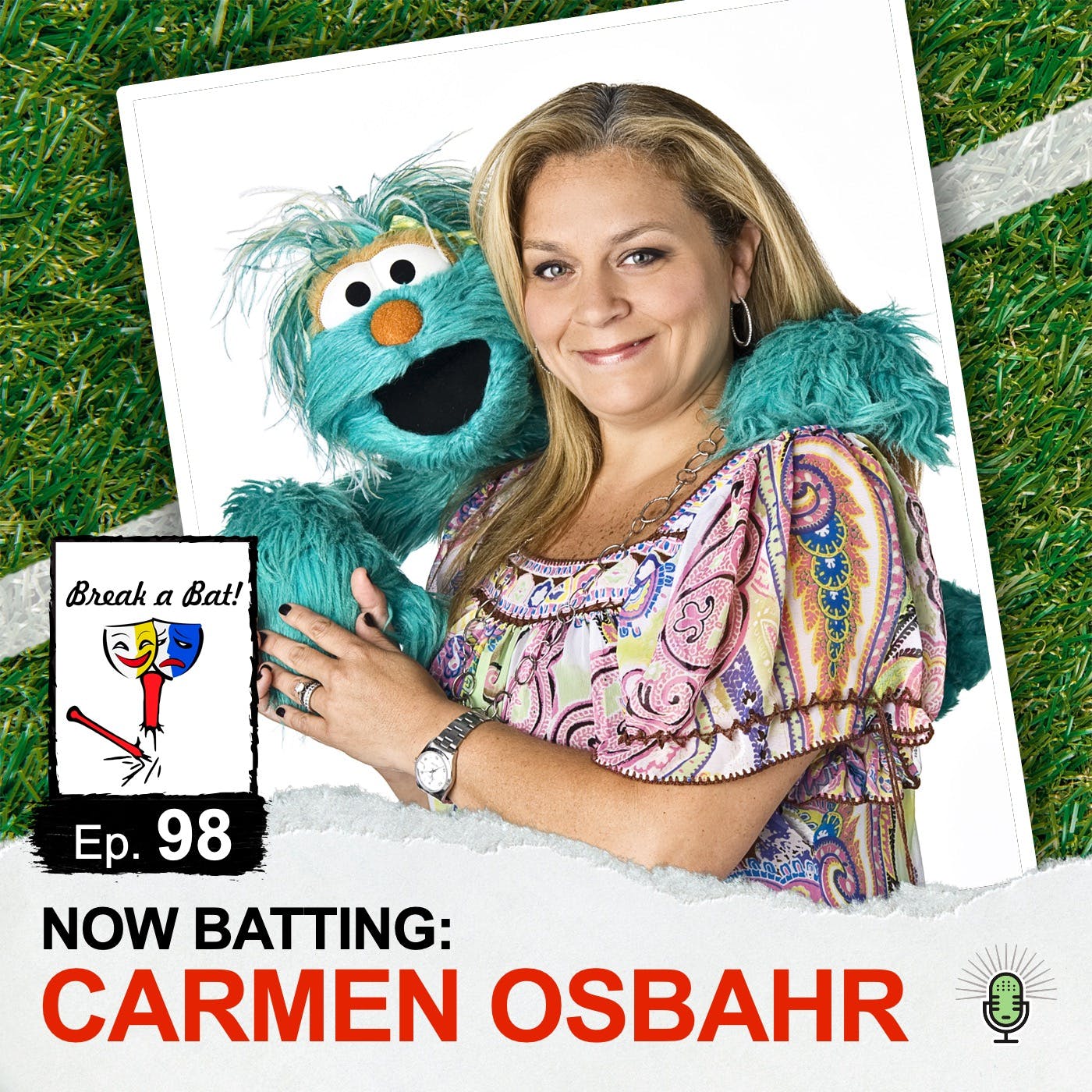 Another “Muppet Mentor” is stepping into The Batter’s Box, as Carmen Osbahr joins us for Episode 98! More than ten years ago, Osbahr helped spur our host Al Malafronte’s creativity during his college production internship at Kaufman Astoria Studios through her friendship, positivity, and encouraging disposition that was instrumental in the launch of this podcast and following our dream of merging sports and the arts. As we close in on our 100th episode celebration, we felt now was as good a time as ever to celebrate her work and personality that has inspired so many over the last 35 years as a principal Muppet performer and creative.

A key cog in the Jim Henson universe, the social and cultural impact Osbahr has made all across the globe can’t be overstated. Personally hired by Henson himself, together they created and developed Rosita, the first-ever bilingual Muppet to regularly appear on Sesame Street. She still performs Rosita to this day, and her ability to continually steer the character’s development and evolution with the times is nothing short of brilliant. Whether it be tackling racism in our society or the struggles that military families face, no script is ever too big for Osbahr, as she continues to rise to the occasion in a poignant way that goes far beyond teaching children their letters and numbers.

This conversation is unlike most of Osbahr’s previous interviews, as it features a strong dose of baseball metaphors to celebrate both her athleticism as a performer and contributions to The Muppets franchise. It comes during a particularly unique chapter of her career, as she is now one of the last performers in the troupe who actually worked alongside Jim Henson. In many ways, she’s The Muppets’ version of Brett Gardner, and a great veteran leader for the many new players who have come up through the system in recent years. The stories and insight Osbahr provided us are just amazing, touching on anything from performing Rosita alongside the Yankees’ Hall of Fame manager, Joe Torre to her own sports background in her hometown of Mexico City. While much has changed as far as the guard of teammates she’s played with, the continued prowess she possesses as a big hitter remains as strong as ever, and our conversation can truly be enjoyed by sports, theatre, and Muppet fans alike!