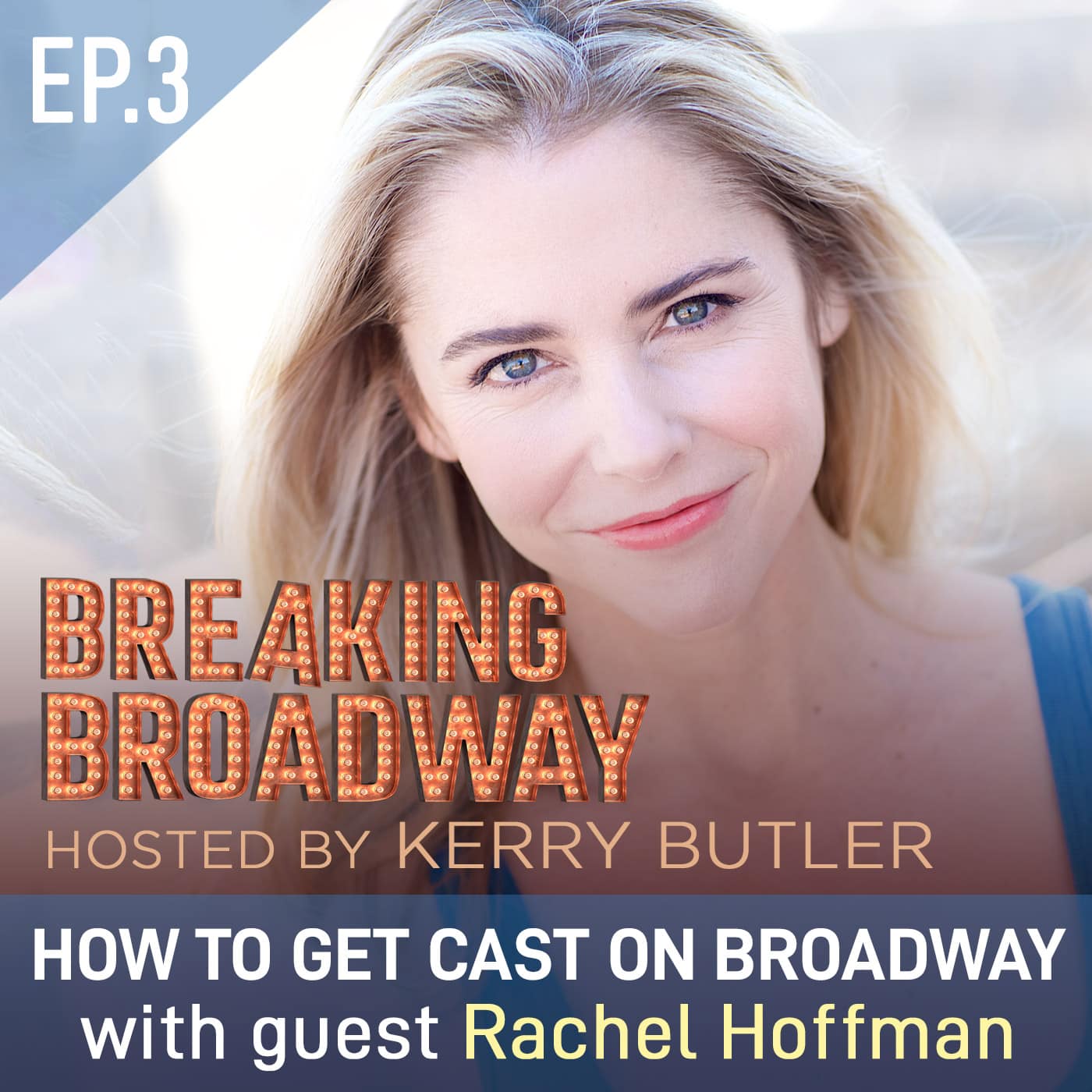 Ep3 – How to get cast on Broadway, with Rachel Hoffman

This Breaking Broadway we welcome award winning broadway casting director Rachel Hoffman.  She works at one of the top casting offices in NY, working at Telsey and Co, who has cast hundreds of broadway shows.  This season alone, Rachel is represented on broadway in Beetlejuice, Frozen and Come From Away.  Rachel gives great advice on everything from headshots to how to approach auditions.  I actually learned the most from this episode!

Rachel Hoffman CSA, has worked in casting since 1999. Current and upcoming Broadway and Tours include Beetlejuice, Frozen, Come From Away (for which she won an Artios Award), Diana, and MJ. Past Broadway/Touring productions: Escape to Margaritaville, Charlie and the Chocolate Factory, An American In Paris, The Sound of Music, Memphis, Bring It On, Hands On A Hardbody (Artios Award), First Date, Rock of Ages, Spider-Man, How The Grinch Stole Christmas. Regional/Off-Broadway productions include: The Bedwetter (Atlantic Theater Company; upcoming), Bob & Carol & Ted & Alice (The New Group), Becoming Nancy (Alliance Theatre), Love In Hate Nation (Two River Theatre), Found (Atlantic Theater Company), Brigadoon, The Music Man, and The Jungle Book (Goodman Theatre), Guys & Dolls and Candide (Carnegie Hall), and The Great American Mousical (directed by Julie Andrews at the Goodspeed Opera House), Bat Boy: the Musical (Off Broadway production), Altar Boyz, and Godspell (2000 Off-Broadway Revival). Regionally, she casts productions for Williamstown Theatre Festival, New York Stage & Film, La Jolla Playhouse, The Goodman Theatre, St. Louis Muny, and the Paper Mill Playhouse. She previously served on the board of the Casting Society of America, and is currently a faculty member at Ball State University, at the University of Michigan’s summer musical theatre program MPulse, and the Broadway Dreams Foundation. She received her BFA in Musical Theatre from the University of Michigan.