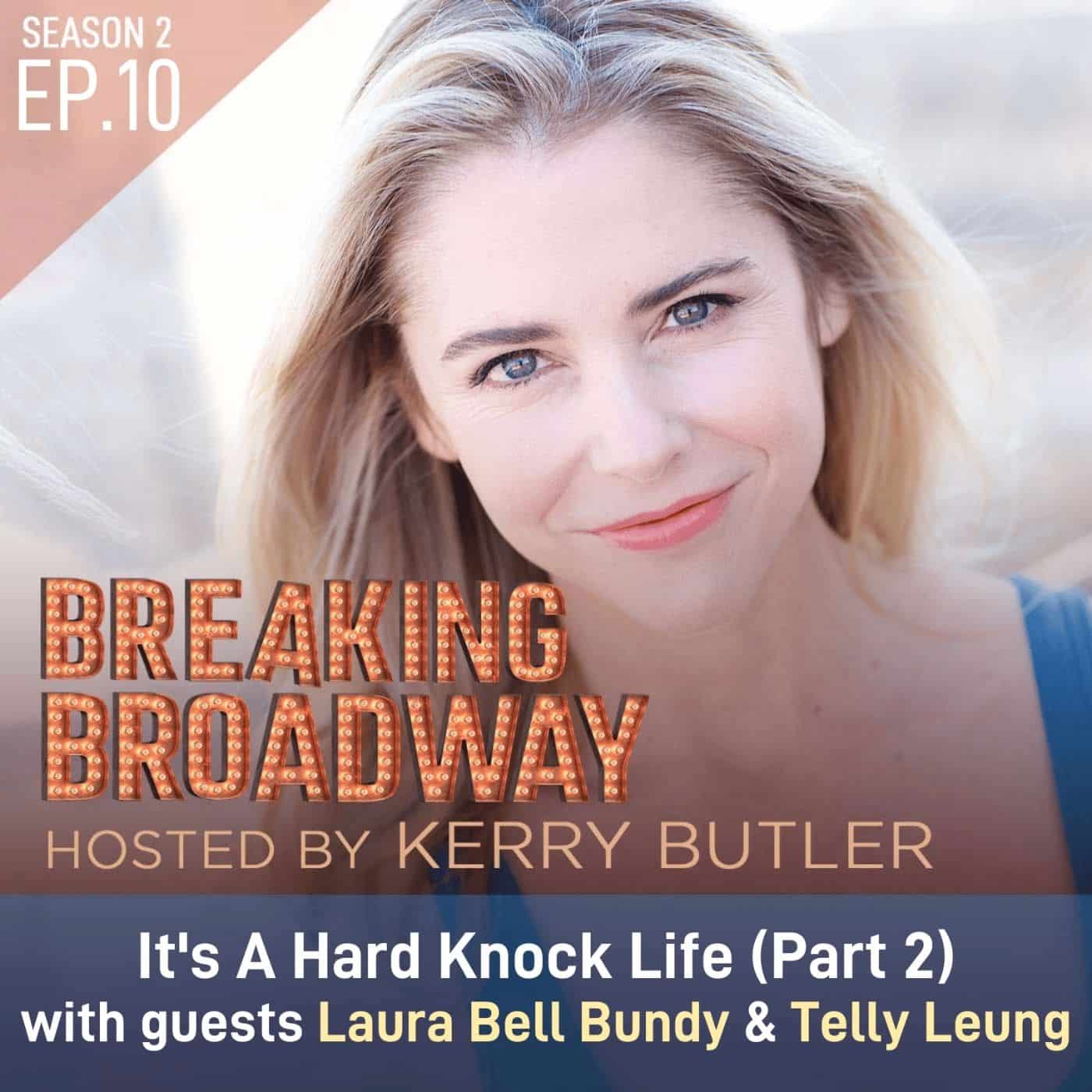 As someone who gets rejected pretty much every day, I have always felt comfort in hearing other people’s rejection stories. My advice is know that rejection is just part of being an actor and try not to take it personally. This episode will feature stories from Laura Bell Bundy and Telly Leung.

Laura Bell Bundy (co-host and co-creator of Women of Tomorrow Podcast) is a Tony-Award nominated actress and singer whose many Broadway credits include the original Amber Von Tussle in Hairspray and the original Elle Woods in Legally Blonde. Her TV credits include Dr. Jordan Denby on television’s Anger Management and Rachel Ragland on The Fairly OddParents: Fairly Odder. She also is a recording artist, songwriter, director, producer, and mother. In recent years, her creative work has been focused on the education and empowerment of women.

Telly Leung is a New York City native, Broadway performer, recording artist, producer, and theater arts teacher. His Broadway and national touring credits include Aladdin in Disney’s Aladdin on Broadway, In Transit, Allegiance, Godspell, Rent, Wicked, Pacific Overtures, Flower Drum Song. Television audiences will remember him as Wes the Warbler on Glee, as well as appearances on Instinct, Odd Mom Out, Deadbeat and Law and Order: Criminal Intent. He can be heard on many original Broadway cast recordings and has released two solo albums, I’ll Cover You (2012) and Songs for You (2016), and the You Matter EP (2020).