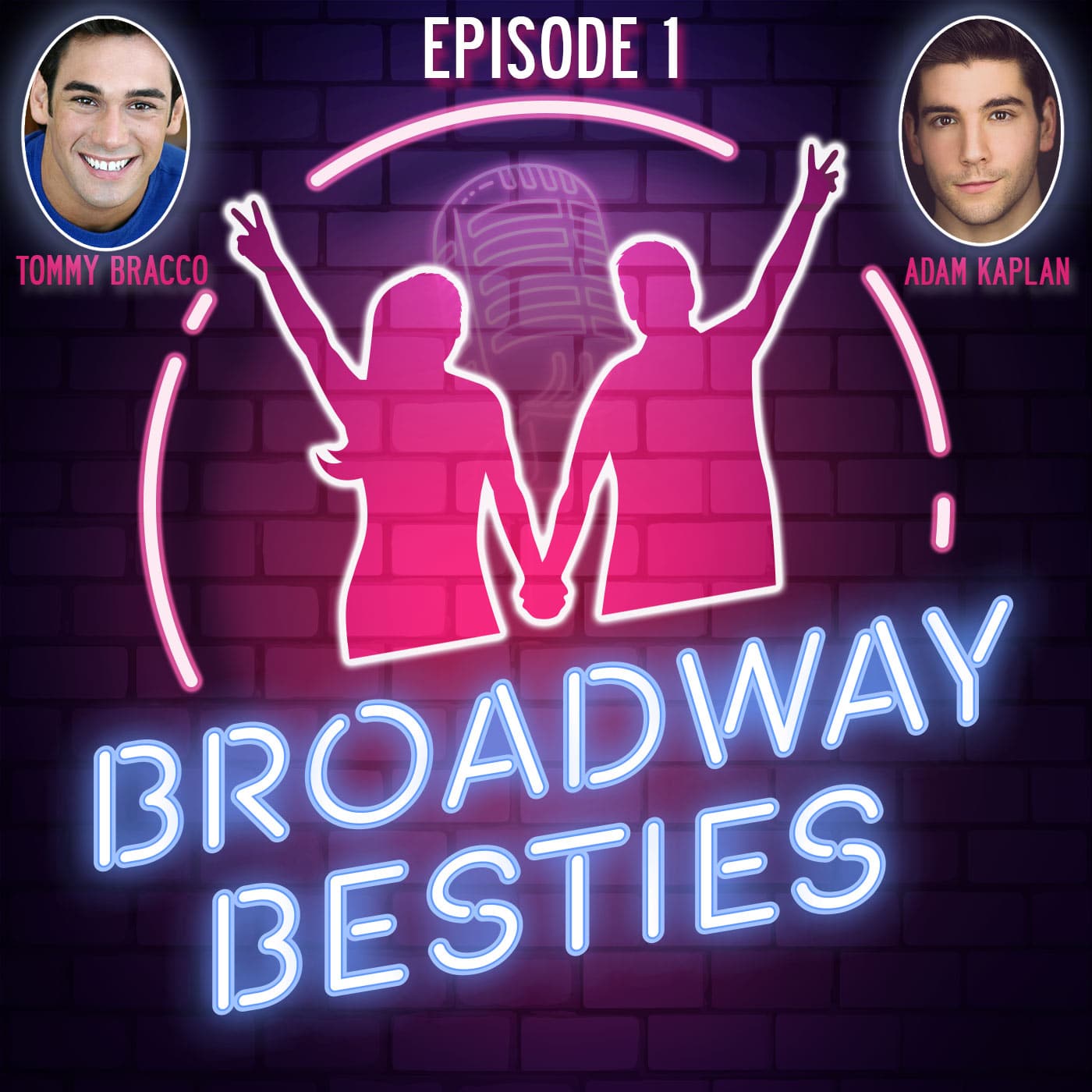 In our premiere episode of BROADWAY BESTIES we chat with stage favorites Tommy Bracco and Adam Kaplan. From reminiscing about Newsies memories to discussing their joint business called Lion Arts to teaching each other Yiddish and Italian, it’s impossible to not smile from ear to ear listening to this dynamic duo.

Tommy Bracco originated the role of Spot Conlon in the Paper Mill Playhouse and Broadway productions of Newsies. In New York City Tommy also appeared in productions of A Chorus Line at City Center and The Hairy Ape at Park Avenue Armory. Reality TV fans know Tommy from his appearance on the hit CBS reality show Big Brother.

Adam Kaplan also made his Broadway debut in Newsies where he performed the role of Jack Kelly numerous times. On tour, Adam delighted audiences across the country as Charlie Price in Kinky Boots. Adam was last seen on Broadway in A Bronx Tale where he starred as Calogero. Regionally, Adam starred in productions of Hairspray, How to Succeed in Business Without Really Trying, Fiddler on the Roof, Legally Blonde and more.

Connect with our guests!