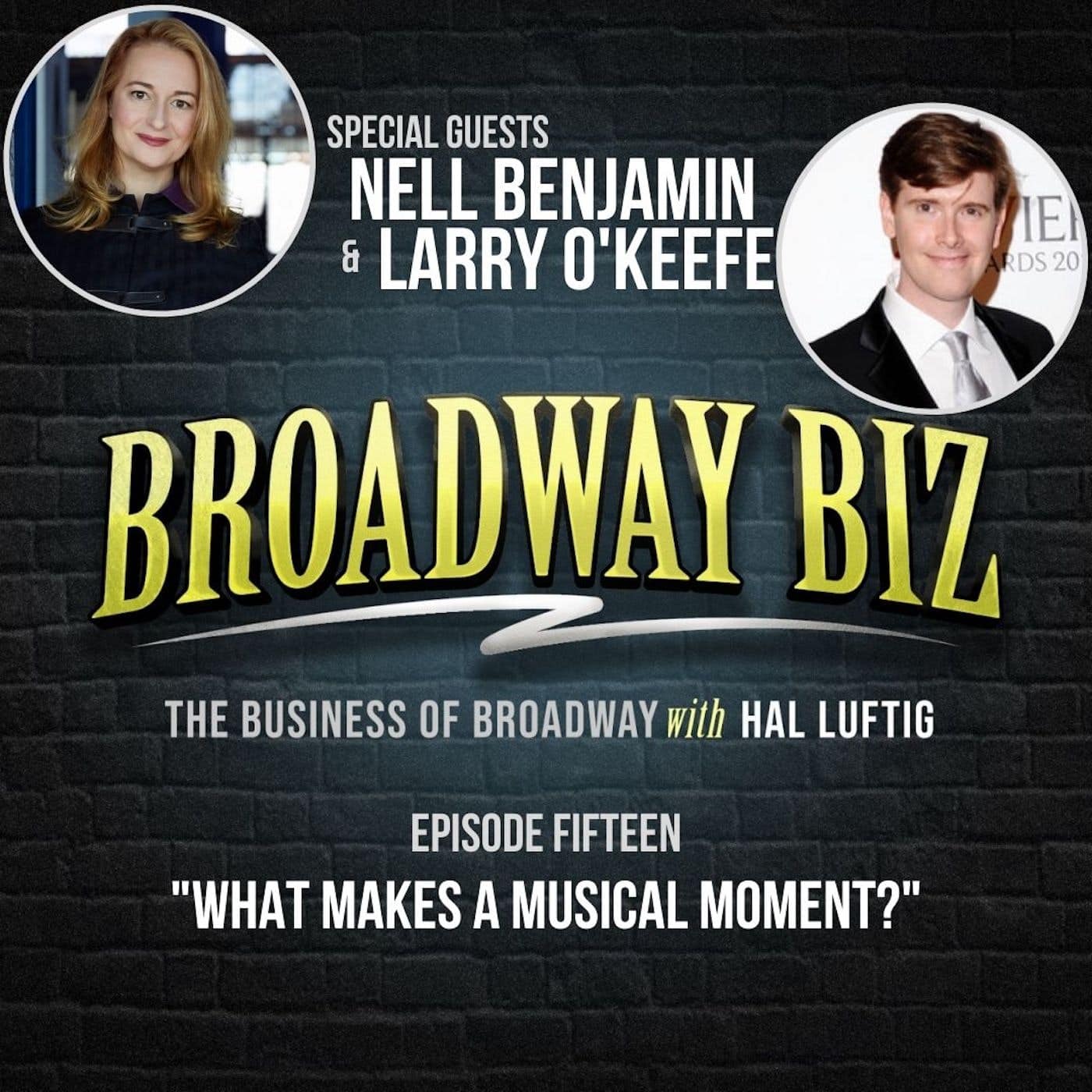 #15 – What Makes a Musical Moment? with Nell Benjamin and Larry O’Keefe

Such a treat to speak with Nell and Larry, the hilarious duo behind Legally Blonde, the Musical. We spoke about identifying a musical moment, the creative benefits of going away to “Camp Blonde”, and of which Legally Blonde moment they’re most proud.

Nell Benjamin is a Laurence Olivier-winning and Tony-nominated composer and lyricist. For Broadway, with Larry, Nell wrote Legally Blonde: The Musical. Also for Broadway, Mean Girls. Off-Broadway, Nell’s credits include: The Explorers Club; Dave The Musical; Because of Winn Dixie; and Half Time. In development: Huzzah!; Life of the Party. Nell is also working on an original musical movie for Universal and three new animated films for Netflix.

Larry O’Keefe is a Laurence Olivier and Lucille Lortel Award-winning composer and lyricist for Broadway musicals, film, and television. His credits include: Bat Boy: The Musical; Legally Blonde: The Musical; Heathers: The Musical; and Sarah Plain & Tall. In development, with Nell, are Life of the Party and Huzzah!