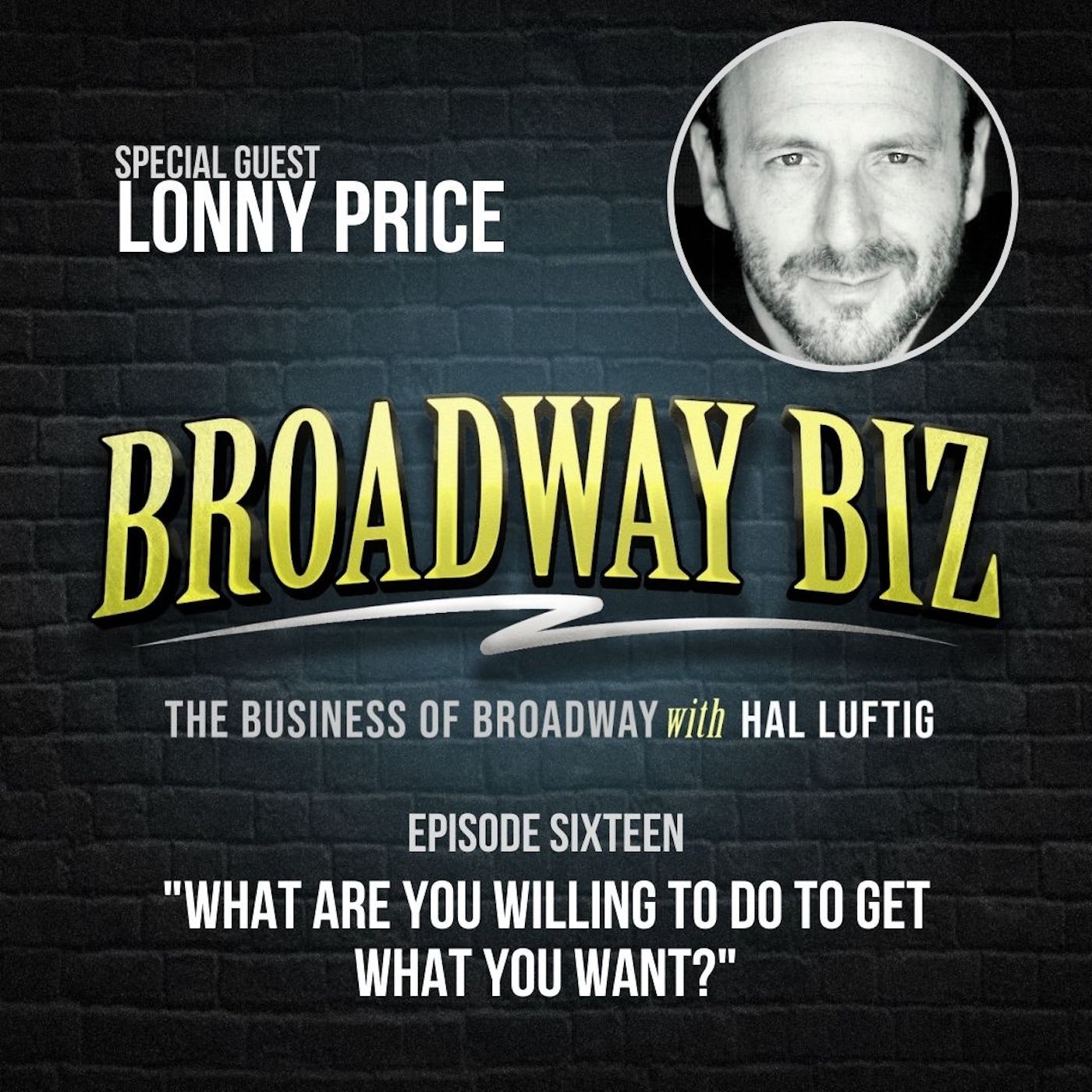 #16 – What Are You Willing to Do to Get What You Want? with Lonny Price

Such a moving conversation with Lonny Price, actor and director, on the podcast this week. Lonny spoke about his life in the theatre beginning in legendary producer Hal Prince’s office, acting in Stephen Sondheim’s “Merrily We Roll Along,” transitioning to directing, and even revealing moments and memories he hasn’t shared before.

In the fall of 2019, Lonny directed the world premiere of the Mitnick/Gwon collaboration, SCOTLAND PA., for the Roundabout Theatre (produced in association with Hal Luftig). On Broadway, he directed Sunset Boulevard, (starring Glenn Close) Lady Day at Emerson’s Bar & Grill, (Starring Audra McDonald) 110 in the Shade, ‘Master Harold’… and the Boys, (starring Danny Glover) Sally Marr and Her Escorts (co-written with Joan Rivers and Erin Sanders), Urban Cowboy, and A Class Act (Tony Award nominated book co-written with Linda Kline). West End credits include Lady Day at Emerson’s Bar and Grill at the Wyndham’s, as well as Carousel, Sunset Boulevard, Sweeney Todd, and Man of La Mancha, all for the English National Opera. Film and television credits include his film version of the New York Philharmonic’s Sweeney Todd (Emma Thompson and Bryn Terfel), and Company, (Neil Patrick Harris, Stephen Colbert, etc). He also directed the stage and filmed versions of his tribute to Stephen Sondheim, Sondheim: The Birthday Concert! (Emmy Award). Other Philharmonic collaborations include the “Live From Lincoln Center” broadcast of Camelot, Candide, Sweeney Todd (George Hearn and Patti LuPone, Emmy Award), and Sondheim’s Passion (Emmy Award). Additional television credits include Lady Day at Emerson’s Bar and Grill for HBO, as well as episodes of “2 Broke Girls,” “Desperate Housewives,” and the upcoming ‘Plan Z.’ For his first feature, ‘Master Harold’ … and the Boys, he received a Best Director Award from the New York International Independent Film and Video Festival. His documentary, Best Worst Thing That Ever Could Have Happened premiered at the New York Film Festival and was named one of New York Times’ Top 10 Films of 2016, and his other documentary Hal Prince: The Director’s Life (PBS) was released to critical acclaim as well.

With Hal, Lonny has two projects in development, a musical adaptation of the cult-classic film, Scotland, PA, and a new play. Stay tuned for news of these projects as they further develop!