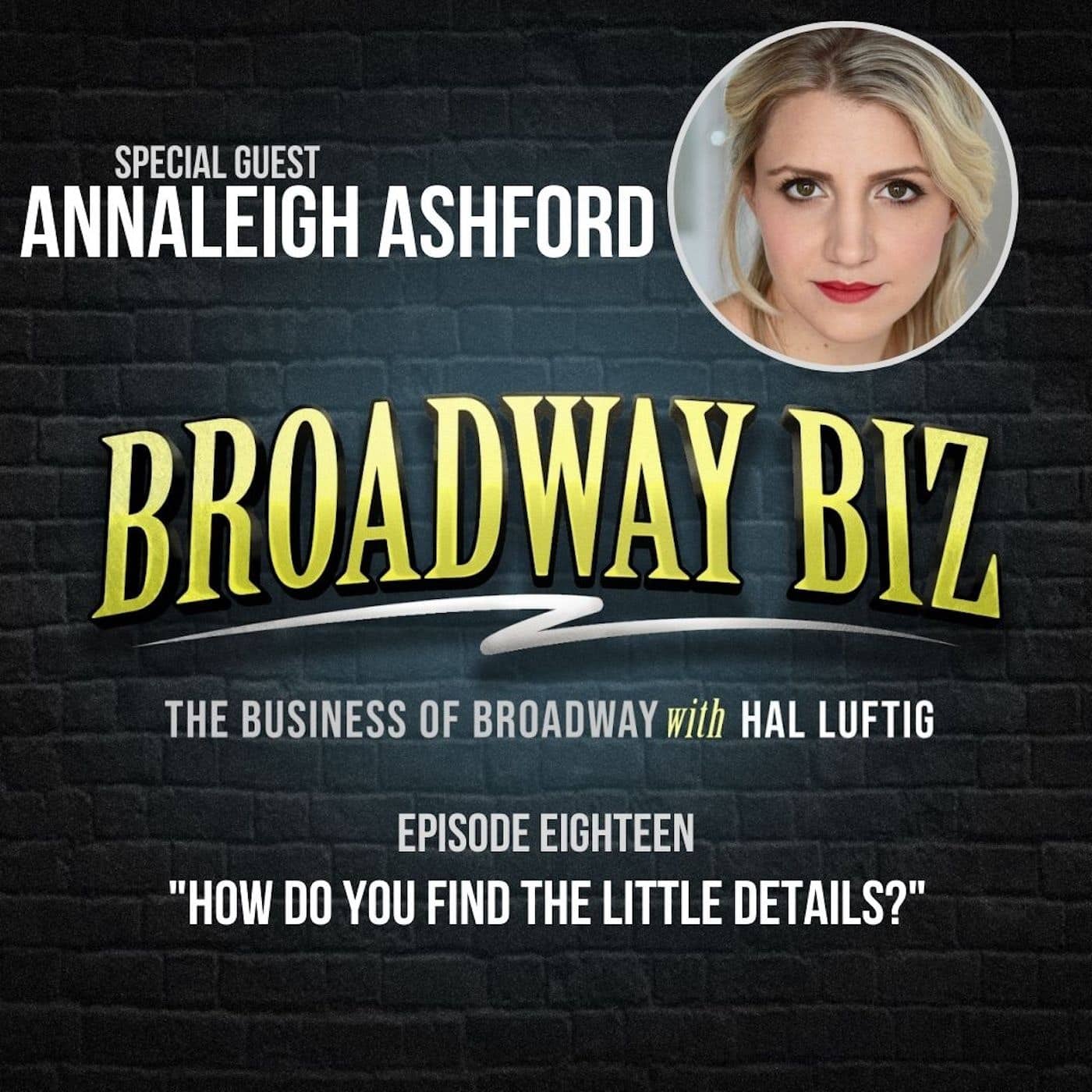 #18 – How Do You Find the Little Details? with Annaleigh Ashford

It was an absolute delight to speak with Annaleigh Ashford today on how she constructs a character, her advice for auditioning, and her favorite memories of performing in Legally Blonde.