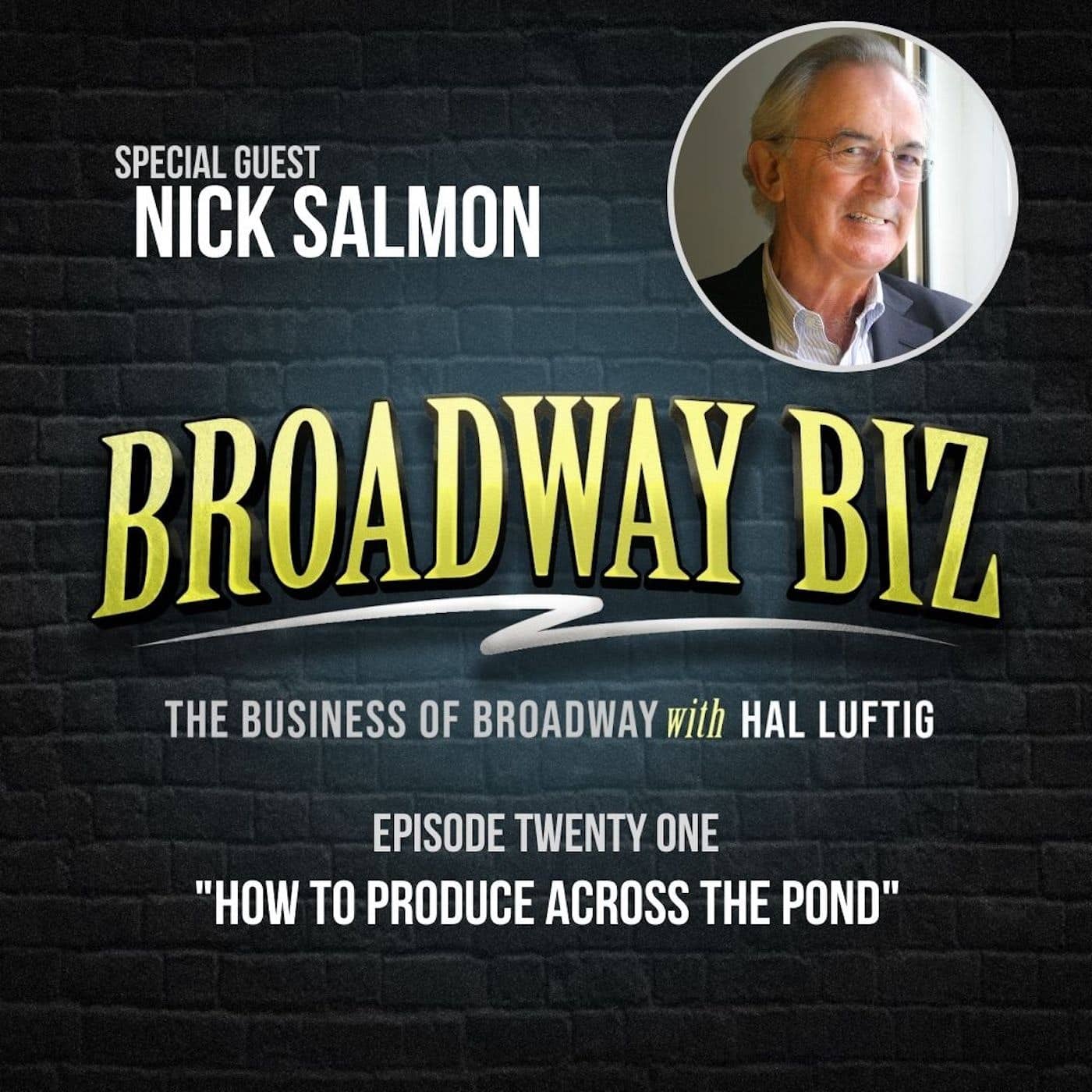 #21 – How to Produce Across the Pond with Nick Salmon

Such a pleasure to sit down with Nick Salmon, who has had an incredible career in theatrical producing and managing. Hal and Nick discuss touring in the UK versus in the US, subscription models, mentoring the next generation of producers.

Although Nick’s interest in theatre dates back to his school days, he learned the West End business during his time as a theatrical agent. He also worked on several films including The Go Between and The Railway Children, before returning to theatre. During his career he has managed and produced for HM Tennent, Churchill Theatre Bromley and Theatre of Comedy at the Shaftsbury Theatre, as well as producing in his own right in the West End and on tour – over eighty productions in total. Whilst at Act Productions, he programmed their nine West End theatres and set up their production company, which he ran as Executive Producer until launching Playful Productions with Matthew and Nia. For over twenty years he was Chief Executive of Stage One, a registered charity supporting new UK theatre producers. He has served on several theatre boards including the Board of The Society of London Theatre, of which he was president for three years, and currently is on the League of Independent Producers board.

Check out what’s playing next on www.playfuluk.com.