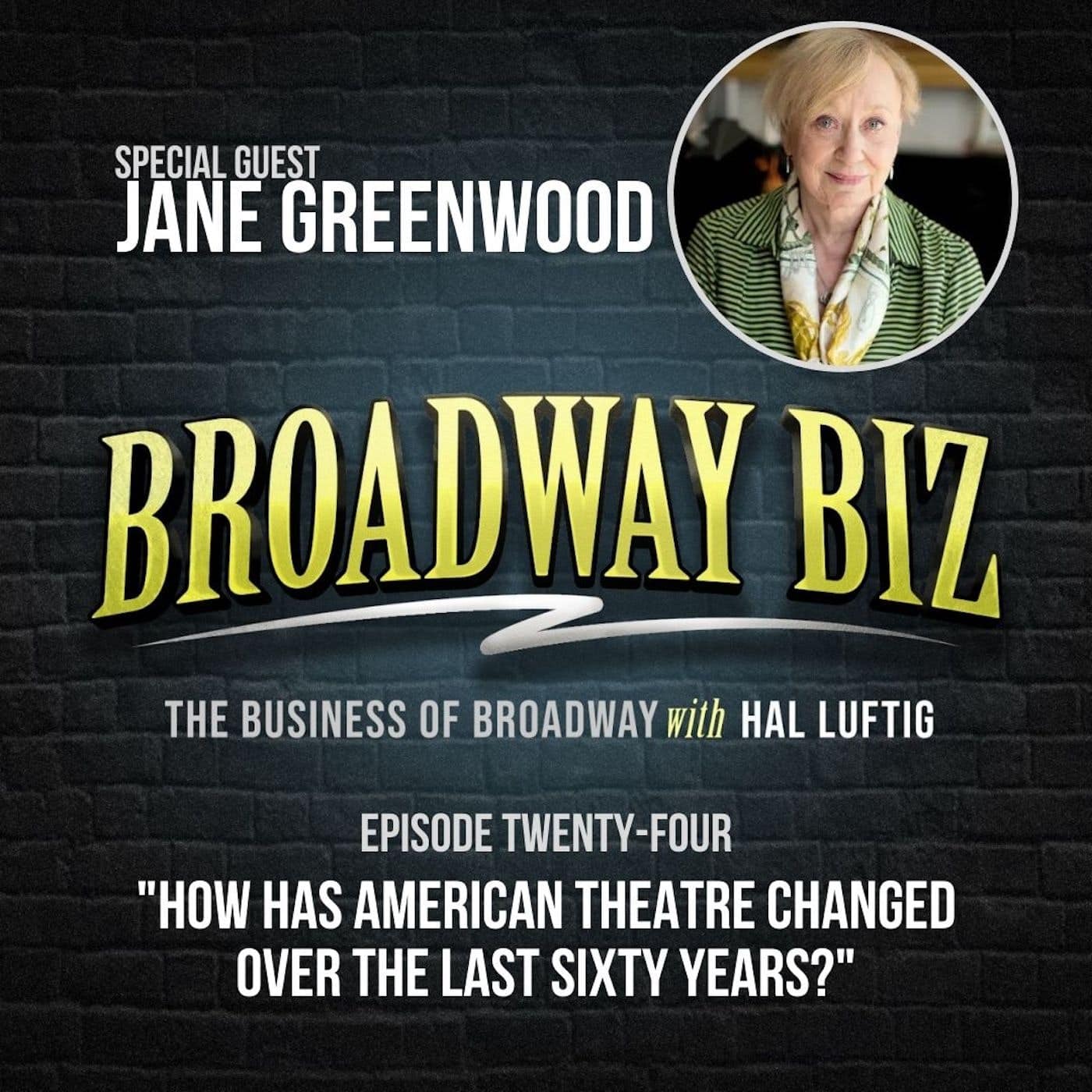 #24 – How Has American Theatre Changed Over the Last Sixty Years? with Jane Greenwood

What an honor to spend some time in conversation with legendary costume designer, Jane Greenwood! Jane and Hal spoke about how she approaches the same show twice, the ethos for design she imparts on her students, and how American theatre has changed over her nearly sixty years in the industry.

Jane Greenwood has been designing on Broadway for more than fifty years. Originally from Liverpool, England, Ms. Greenwood was educated at the Central School of Arts and Crafts in London. She began her career at the Oxford Playhouse. She has designed for theater, opera, dance, film and television, including 130 productions for Broadway since The Ballad of The Sad Café in 1963.

Recent Broadway credits include Long Day’s Journey into Night, Bright Star, Act One, You Can’t Take It With You, and A View From The Bridge. Her Off-Broadway credits include Belle Epoque, A Man of No Importance, Burn This, House/Garden, Vita and Virginia andThe Lisbon Traviata. Films include Arthur, Glengarry Glen Ross, Oleanna and the cult classic Can’t Stop the Music.

She has designed over a dozen productions at the American Shakespeare Festival Theater in Stratford, CT, The Public Theater, and Shakespeare in the Park. Ms. Greenwood has also done extensive work at the Metropolitan Opera, Center Theatre Group, The Guthrie Theater, the Shakespeare Theatre Company, Playwrights Horizons, The Dallas Opera, the Lyric Opera of Chicago and the Opera Theatre of St. Louis.

Jane’s next design for Broadway, a revival of Neil Simon’s Plaza Suite, is due to open early 2022.