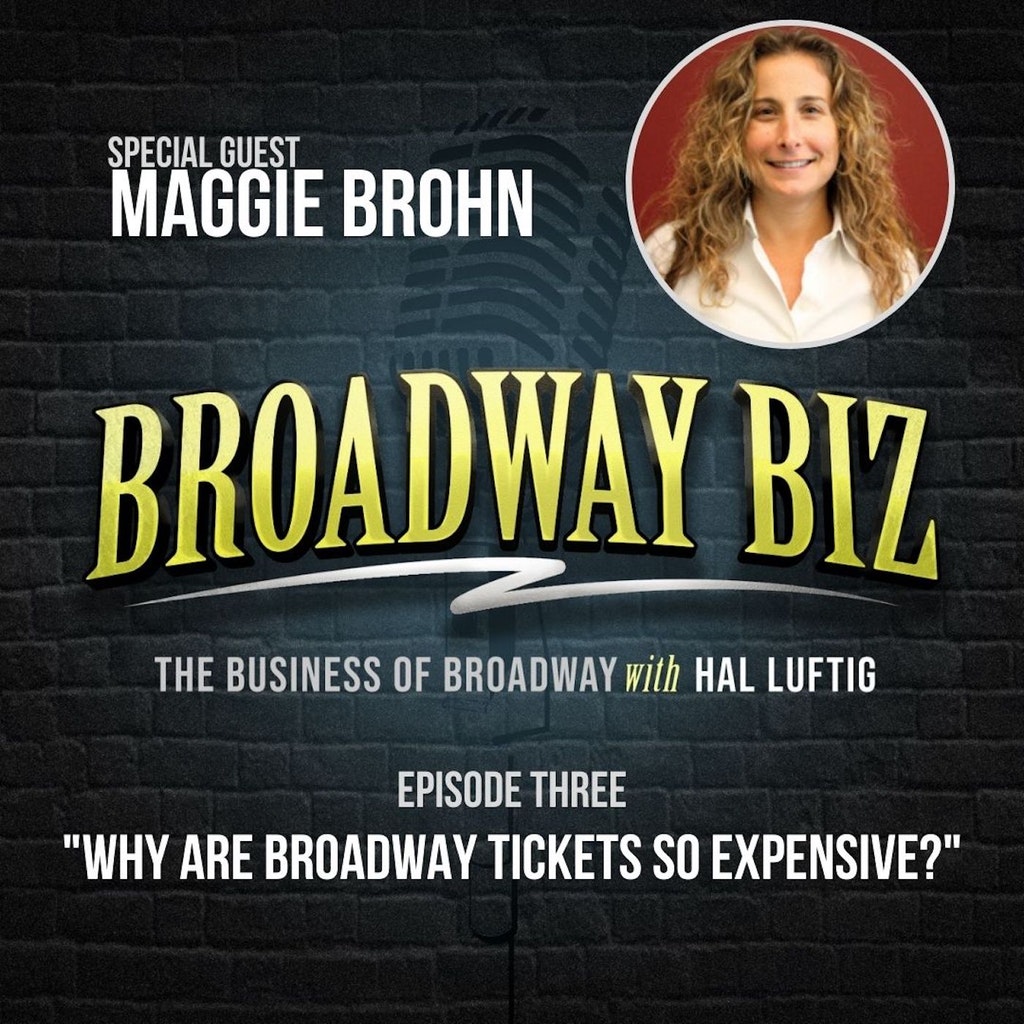 #3 – Why are Broadway Tickets So Expensive? with Maggie Brohn

This episode, Hal invites Maggie Brohn to the podcast. Maggie is the Executive Producer for Hamilton worldwide and Chief Operating Officer of Adventureland LCC, the lead producer for Hamilton and other Broadway shows. Hal and Maggie break down the roles and responsibilities of a general manager, reveal the story behind Legally Blonde’s infamous “party bike”, and try to answer that age old question, why are Broadway tickets so expensive?

Maggie’s other recent productions include Derren Brown: Secret and The Cher Show. Previously, Maggie was a partner at Bespoke Theatricals where she general managed over 20 productions on Broadway and tour, such as MOTOWN the Musical, Hugh Jackman: Back on Broadway, After Midnight, A Behanding In Spokane, and Venus in Fur. Maggie is on the Board of Governors and Executive Committee for The Broadway League, and a former Co-Chair of the Labor Committee, which represents producers in collective bargaining negotiations.