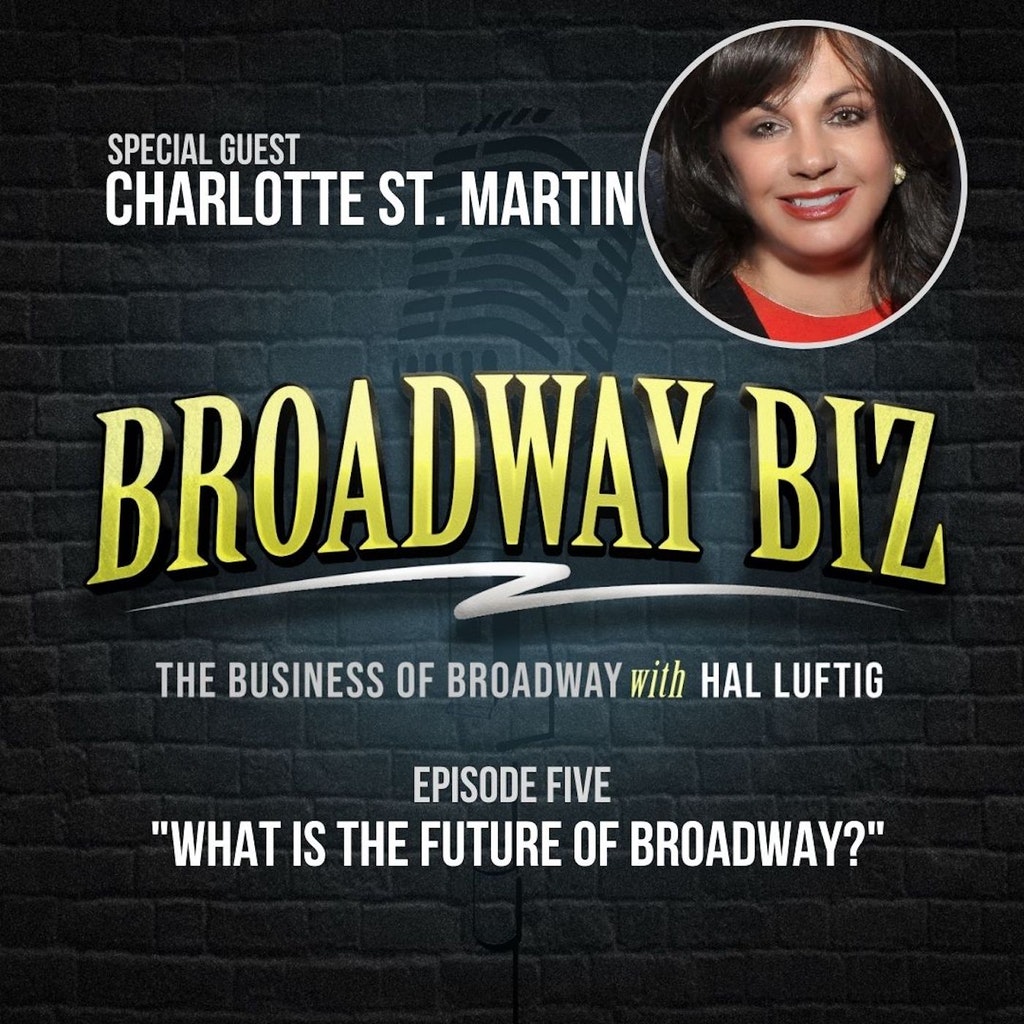 #5 – What is the Future of Broadway? with Charlotte St. Martin

Today, Hal sits down with Charlotte St. Martin, President of The Broadway League. Charlotte and Hal chat about which program Charlotte’s most proud of starting, what she thinks makes a good producer, and why Broadway shows are so magical.

Charlotte came to the Broadway League in 2006 from Loews Hotels, where over three decades she became one of the highest-ranking women in the hospitality industry. Charlotte St Martin was named President of the Broadway League in 2015, where she had been serving as its Executive Director. Outside of the League, Charlotte serves on the Board of Trustees for Broadway Cares/Equity Fights AIDs and the Actors Fund.

To learn more about The Broadway League, visit TheBroadwayLeague.com or follow the League on Twitter and Instagram @BroadwayLeague. For the latest updates on Broadway, visit Broadway.com.