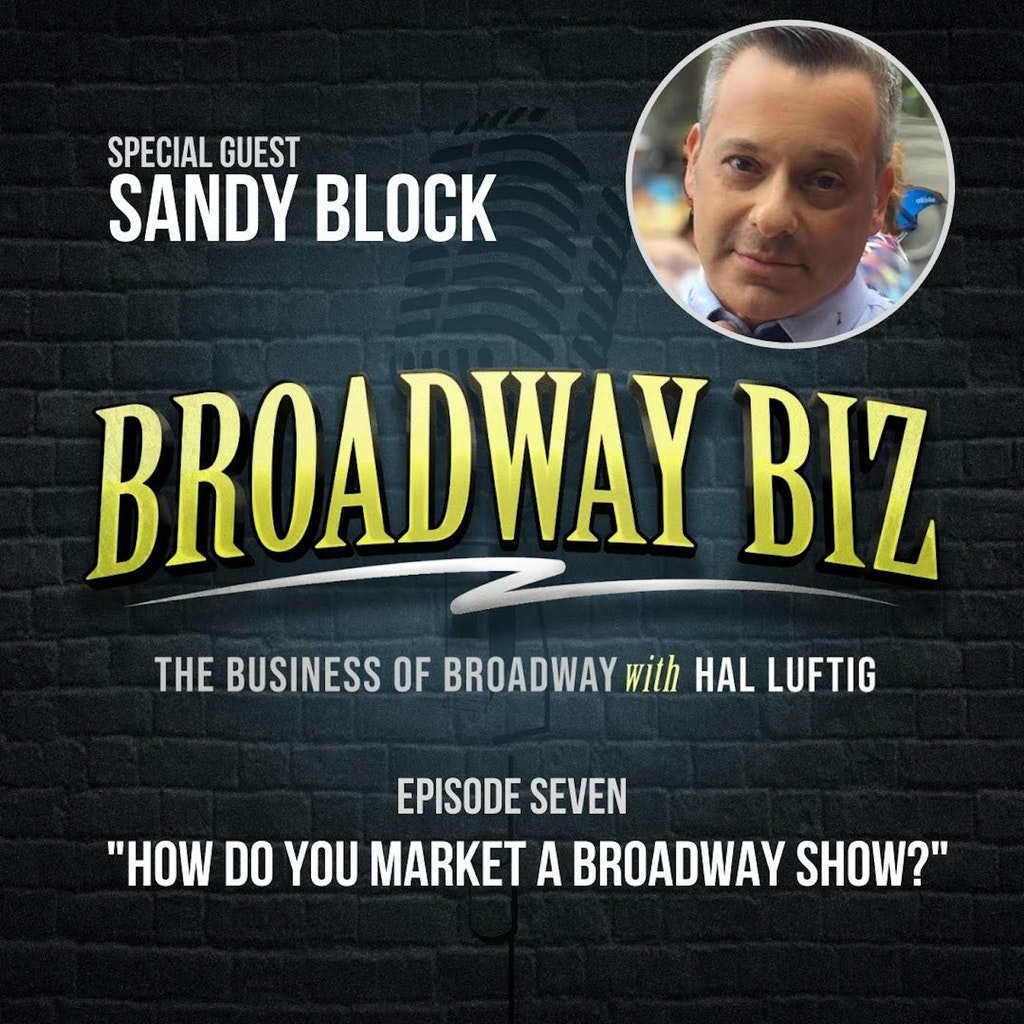 #7 – How Do You Market a Broadway Show? with Sandy Block

Today on Broadway Biz, Hal welcomes Sandy Block to the podcast. Sandy is one of the best marking minds in the business, and shares his knowledge on how to identify a show’s personality, what kind of artwork catches his attention, and the lessons he and Hal have learned from each other.

Sandy Block is Communications Strategist at New York’s Roundabout Theatre Company. In addition, in recent seasons, he served as associate producer and marketing director for Fiddler on the Roof in Yiddish at Stage 42 and the 2018 Broadway revival of Children of a Lesser God and as a consultant on Groundhog Day, The Musical.

From 2012–16, Sandy served as Producer & Vice President/Theater at Scott Sanders Productions, whose projects included the development of such new musicals as Houdini, Tootsie, Up Here, as well as the Broadway production of After Midnight and the revival of The Color Purple, for which he won the 2016 Tony Award. Prior to that, he served as Chief Creative Officer at the ad agency Serino Coyne; in his 25 years there, he developed campaigns for hundreds of Broadway shows, including Jersey Boys, The Producers, The Lion King, Aida, Les Misérables, The Addams Family, Hairspray, and two productions each of How To Succeed, Into the Woods, and 42nd Street.