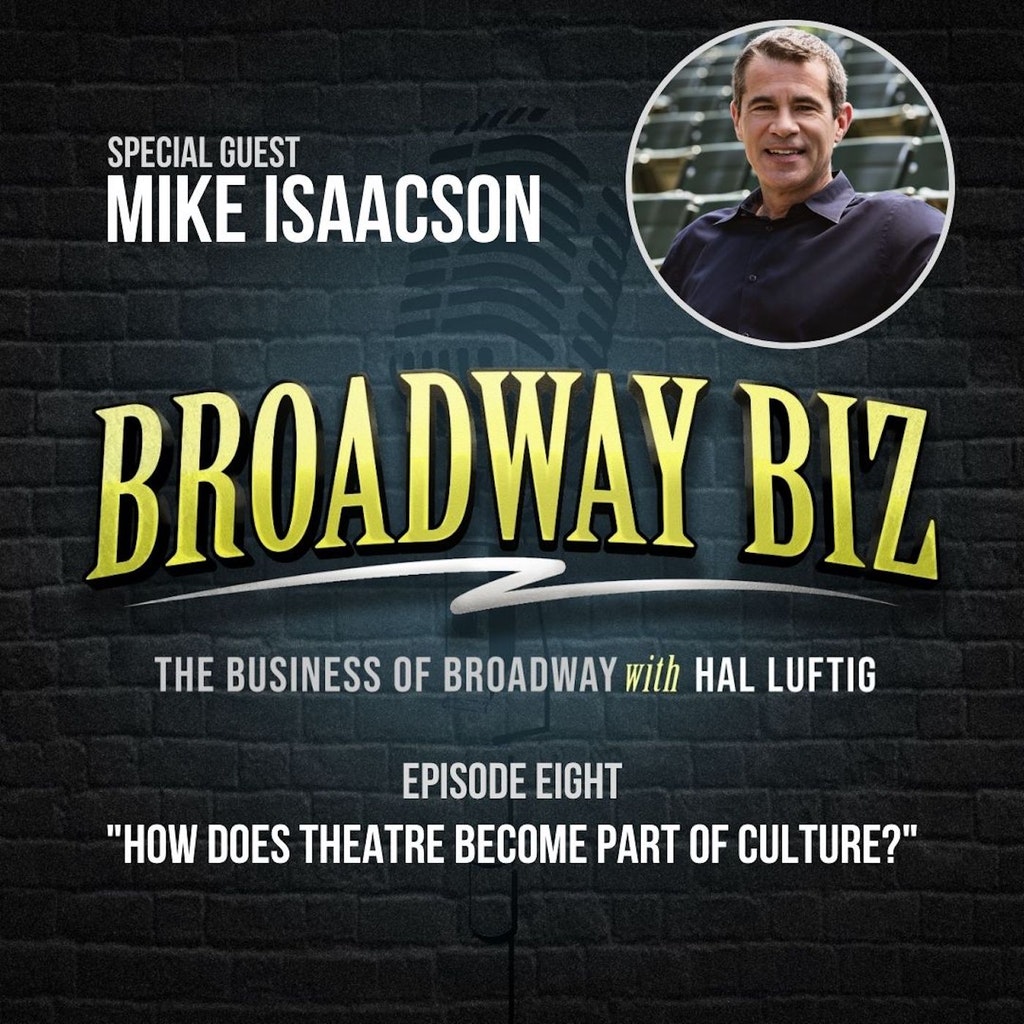 #8 – How Does Theatre Become Part of Culture? with Mike Isaacson

Mike Isaacson, artistic director and executive producer of the iconic MUNY in St. Louis, shares his producing philosophy. From his beginnings as a theatre critic to the Broadway stage, Mike chats with Hal about his key to success, the importance of giving young artists command of the stage, and what it means to be part of St. Louis’ summer ritual.

Mike Isaacson is in his ninth season, and he is only the third person to hold this position in The Muny’s 101-year history. To date, he has produced 56 Muny shows, 23 of which had never been produced at The Muny before including Dreamgirls, Thoroughly Modern Millie, Jersey Boys, Kinky Boots and Matilda. The St. Louis Post-Dispatch named him “Theatre Artist of the Year,” noting that by “staging one impressive production after another, he made The Muny simultaneously hip and – believe it – important to our community.” During its record-breaking 100th season, The Muny became the first theatre in the world to produce the legendary Jerome Robbins’ Broadway, doing unprecedented archival work on both the artistic and the business side to make it happen.

He has received the St. Louis Arts and Education Council’s Award for Excellence in the Arts, and in 2018, he was awarded The Broadway League’s and Theatre Development Fund’s Commercial Theater Institute “Robert Whitehead” Award for excellence in producing. He has served on the board of governors and executive committee of The Broadway League and received the Samuel J. L’Hommedieu Award. In 2016 he received the Equality Award from the St. Louis Chapter of Human Rights Campaign.