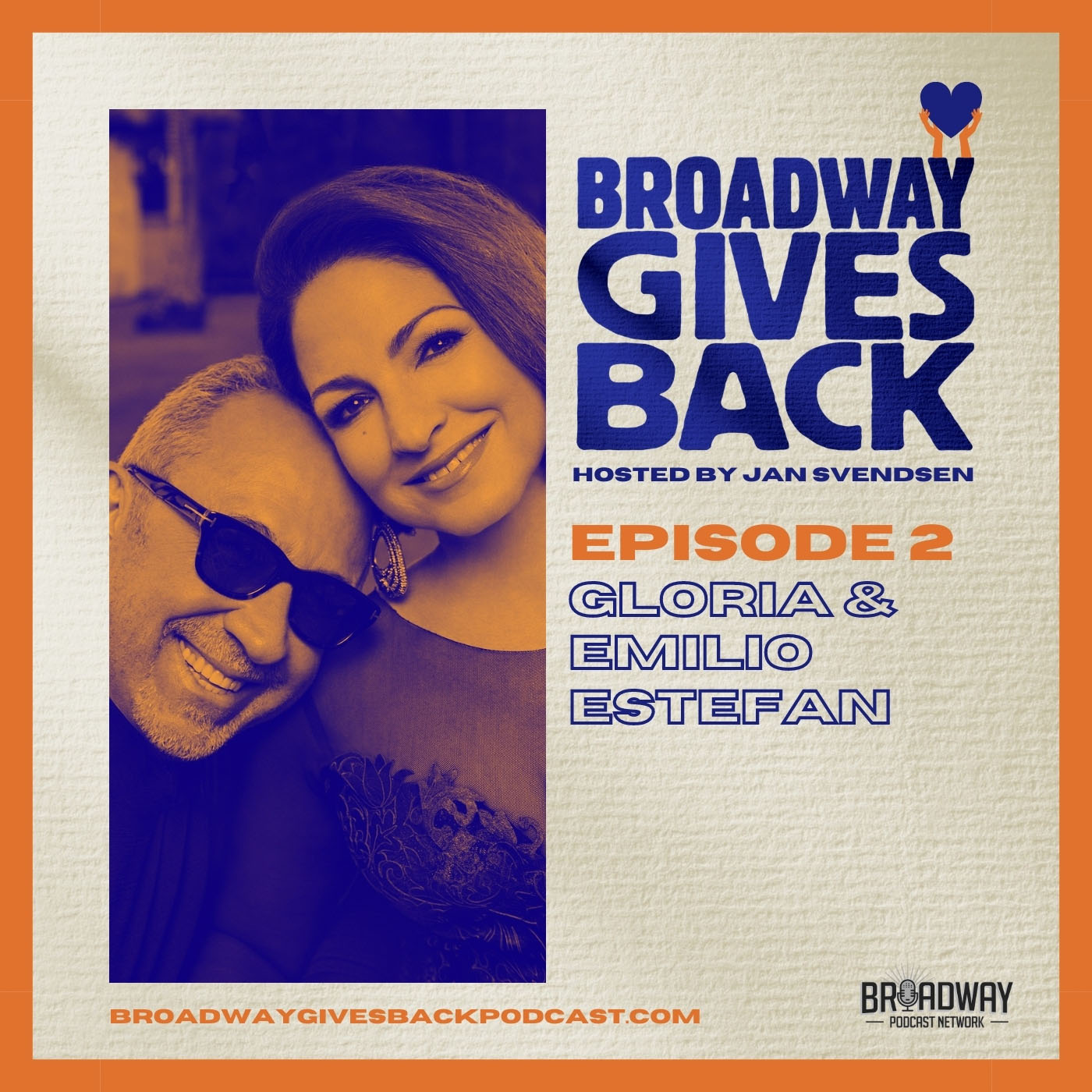 Get on your feet! This episode of Broadway Gives Back welcomes two titans of the music industry. With 7 Grammy Awards, 38 #1 hits, and over 100 million albums sold worldwide, Gloria Estefan is the most successful Latin crossover performer in the history of pop music. As a world-renowned music, television, and film producer, Emilio Estefan has been instrumental in shaping, developing, and directing Gloria’s career plus Shakira, Ricky Martin, Jennifer Lopez, Marc Anthony, Jon Secada, and many others. With a resume that includes 19 Grammy Awards, Emilio also served as the Executive Producer of On Your Feet!, the 2015 smash Broadway musical that showcased the Estefans’ incredible talent, their music, and their heritage to the world in a remarkable rise to global superstardom. Join the Estefans for an impassioned discussion on their decades-long career in the music business, the challenges of bringing a musical to Broadway, and their commitment to giving back.

Connect with the Estefans: