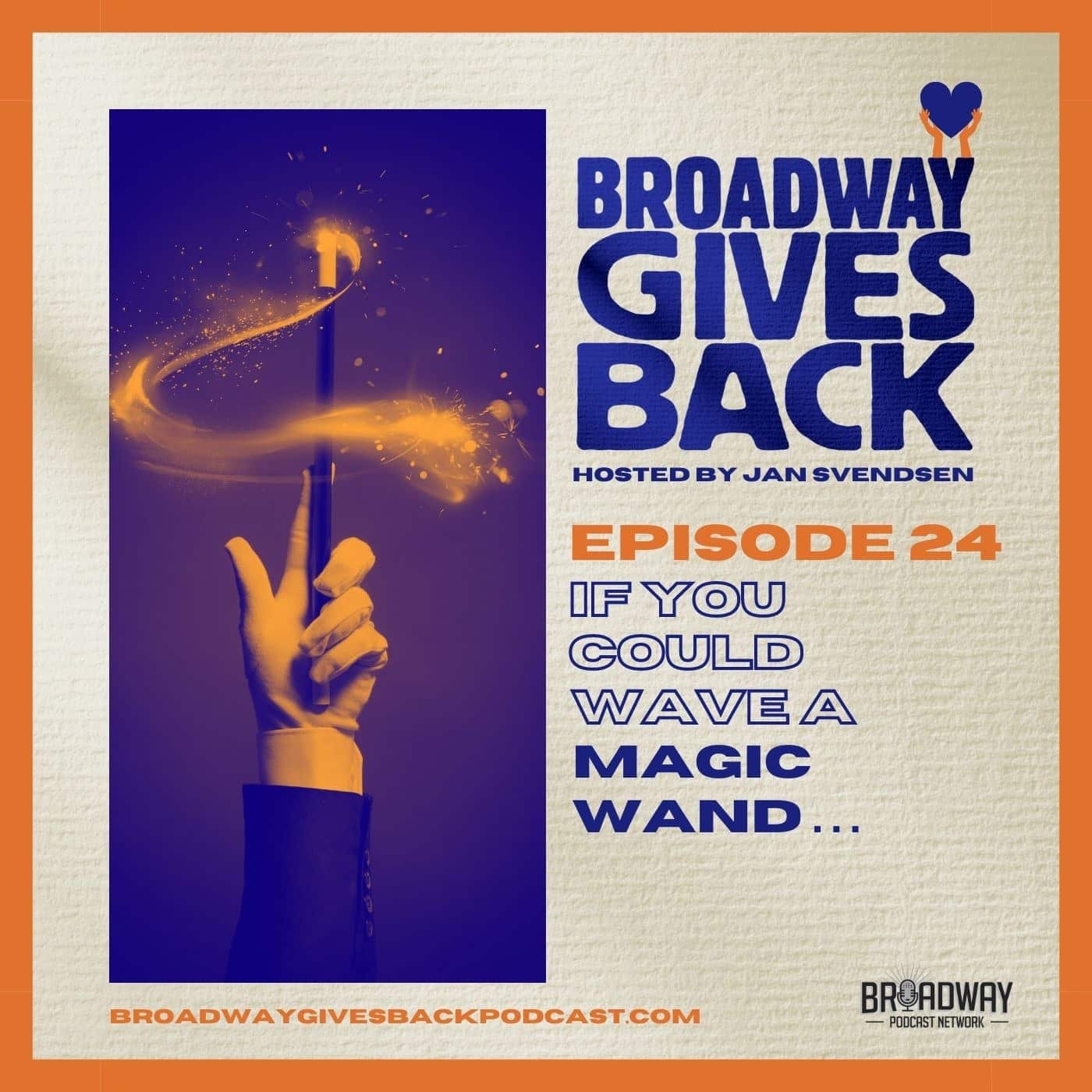 Over the last few months, dozens of Broadway luminaries have shared stories about their careers, their views on doing good, and their hopes and dreams for a better Broadway when it reopens this fall.

During the shutdown, the theater industry came under much-needed scrutiny for many of its long-established practices onstage and off. While the excitement is palpable as Broadway shows roll out their return dates, the question remains what changes we will see in the industry moving forward.

When we asked our guests “If you could wave a magic wand, what changes would you like to see when Broadway reopens,” they responded passionately with suggestions for audiences as well as the talented industry folks onstage, backstage, and behind the scenes. Join us on this special episode of Broadway Gives Back as we explore their thought-provoking answers.