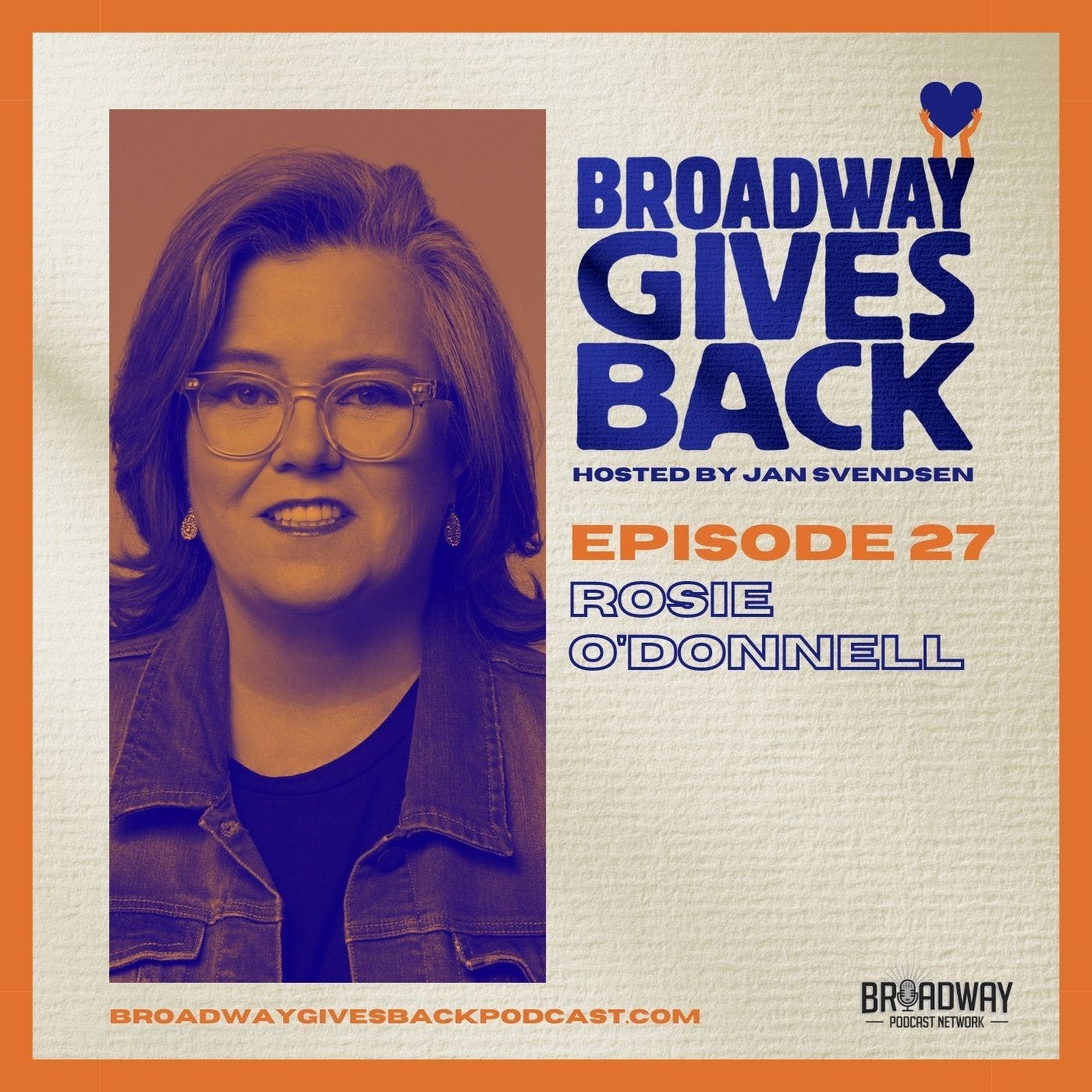 From standup comedy to movies, TV, and Broadway, Rosie O’Donnell has done it all. She has been a 3-time host of The Tony Awards, winning a Primetime Emmy as host of the 1998 Tonys, and she has been a tireless supporter of Broadway during the six years she hosted her daytime talk show, The Rosie O’Donnell Show (for which she won an astonishing 11 Daytime Emmys), as well as during her tenure on The View and on her SiriusXM radio show. Along the way, she has lent her voice to a number of important causes, receiving the Isabelle Stevenson Award at the 2014 Tony Awards in recognition of her commitment to arts education. Join Rosie for a lively discussion on the joys of theater, the importance of arts education, and more.

Learn more about the organizations discussed in this episode: