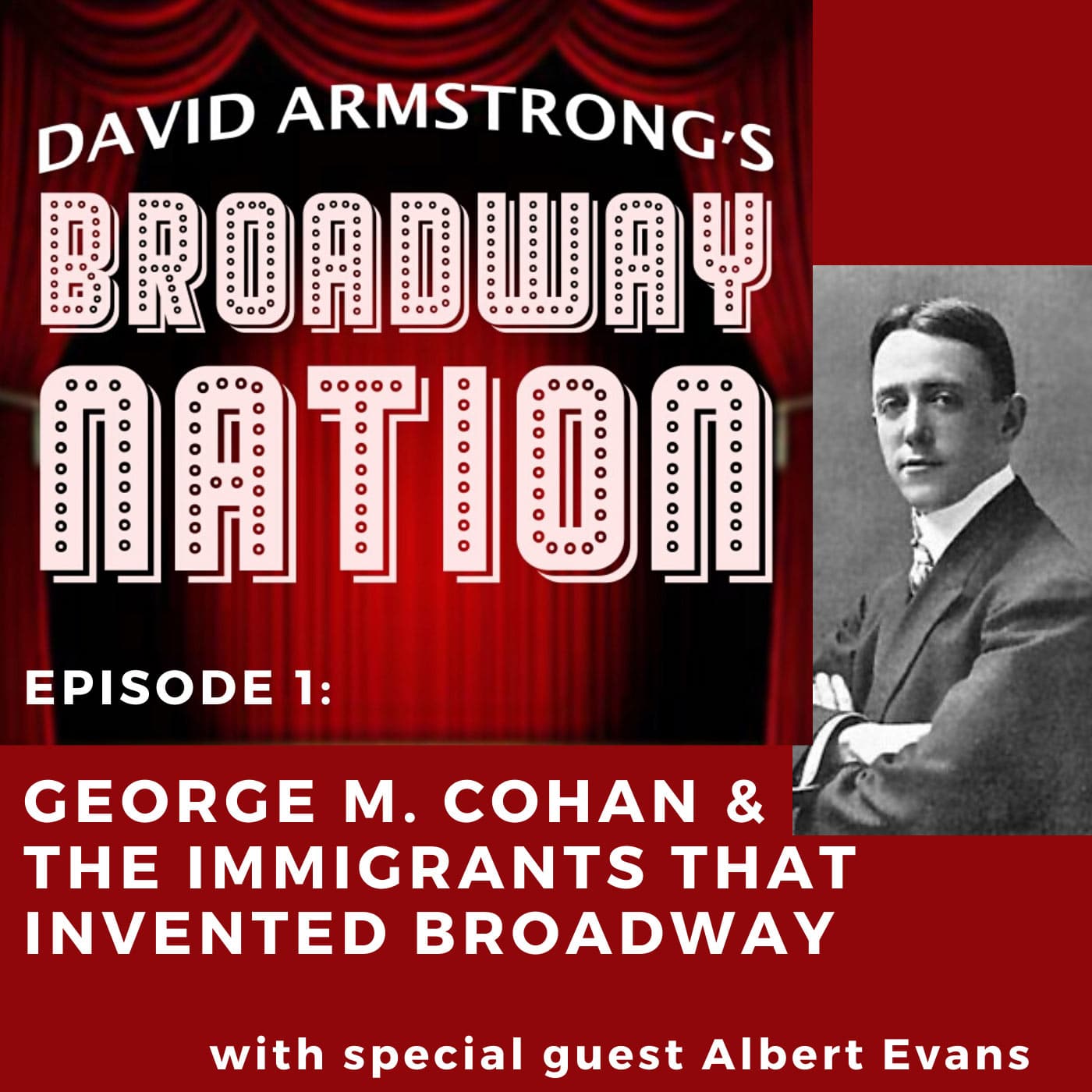 In this episode, host David Armstrong, along with special guest, Albert Evans, begin to tell the amazing story of how Immigrants, Jews, Queers, and African-Americans invented America’s signature art form — the Broadway Musical.

The Broadway Musical was born around the turn of the last century and it emerged out of what we used to call “the melting pot” – that simmering confluence of cultures and races that were packed into the teeming tenement neighborhoods of New York City. To an enormous extent the Musical can be called an “Immigrant art form” – it certainly was originated almost entirely by men and women from outside of the mainstream of society.” What they created was something totally new. A popular, democratic kind of music-theater that — like most great American inventions — was inspired by both a strong desire to express oneself, and a strong necessity to put food on the table. The concept of “the melting pot” has lost favor with some historians, but it remains a very apt description of how various multi-cultural artistic traditions blended together to create the American musical.