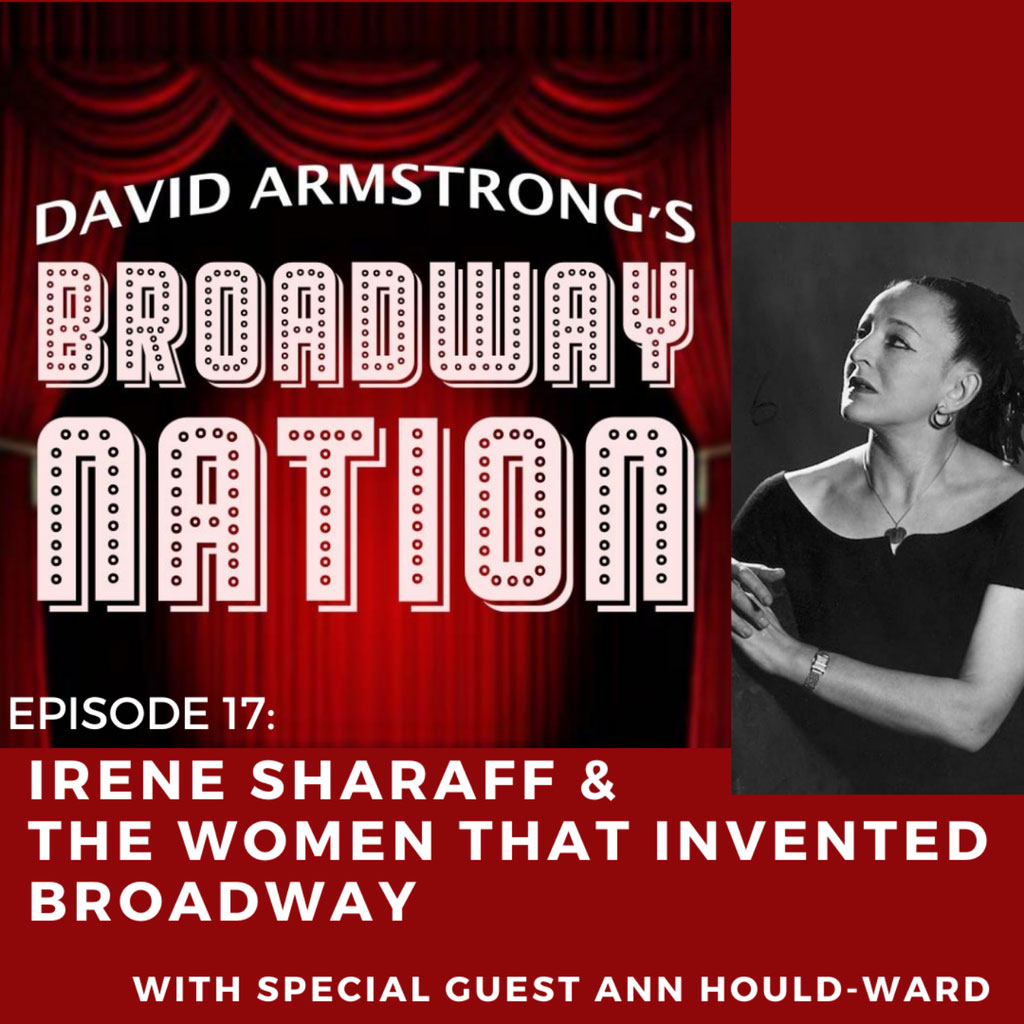 Episode 17: Irene Sharaff And The Women That Invented Broadway

We are currently working on uploading full transcripts for all episodes. Please email us at: [email protected]bpn.fm & request this episode be moved to the top of the queue.

Irene Sharraff is the legendary Broadway costume designer whose incredible 56 year career spanned from 1933 to 1989. She designed the costumes for more than 52 Broadway musicals including As Thousands Cheer, Jubilee, On Your Toes, The Boys From Syracuse, Lady In The Dark, The King And I, West Side Story, Flower Drum Song, Funny Girl, Sweet Charity, and Jerome Robbins Broadway. She was nominated for six Tony Awards and won the Tony for The King And I, and she recieved five Academy Awards for her designs for the now classic films An American In Paris, The King And I, West Side Story, Cleopatra, and Who’s Afraid Of Virginia Woolf.

One of the main threads of this podcast is how the arts and crafts of the Broadway Musical have been handed down directly from one practitioner to the next, generation to generation.

Irene Sharaff is at the center of a succession of dynamic women that goes back more than 100 years to the earliest days of the Broadway Musical, and continues right up to today. All of these women were mentored by one or more of the great female designers that came before them, all of them became Tony Award winning star designers in their own right, and all of have passed on the art and craft of theatrical costume design to the next generation.

In this episode I trace the legacy chain of Broadway costume design that was handed down from Aileen Bernstein to Irene Sharaff to Patricia Zipprott to Ann Hould-Ward. I recently had the pleasure of discussing all this with Ann Hould-Ward herself.

Ann Hould-Ward is the Tony Award winning costume designer whose work includes the original Broadway productions of Beauty And The Beast, Into The Woods, Sunday In The Park With George, Falsettos, and the revival of The Color Purple.