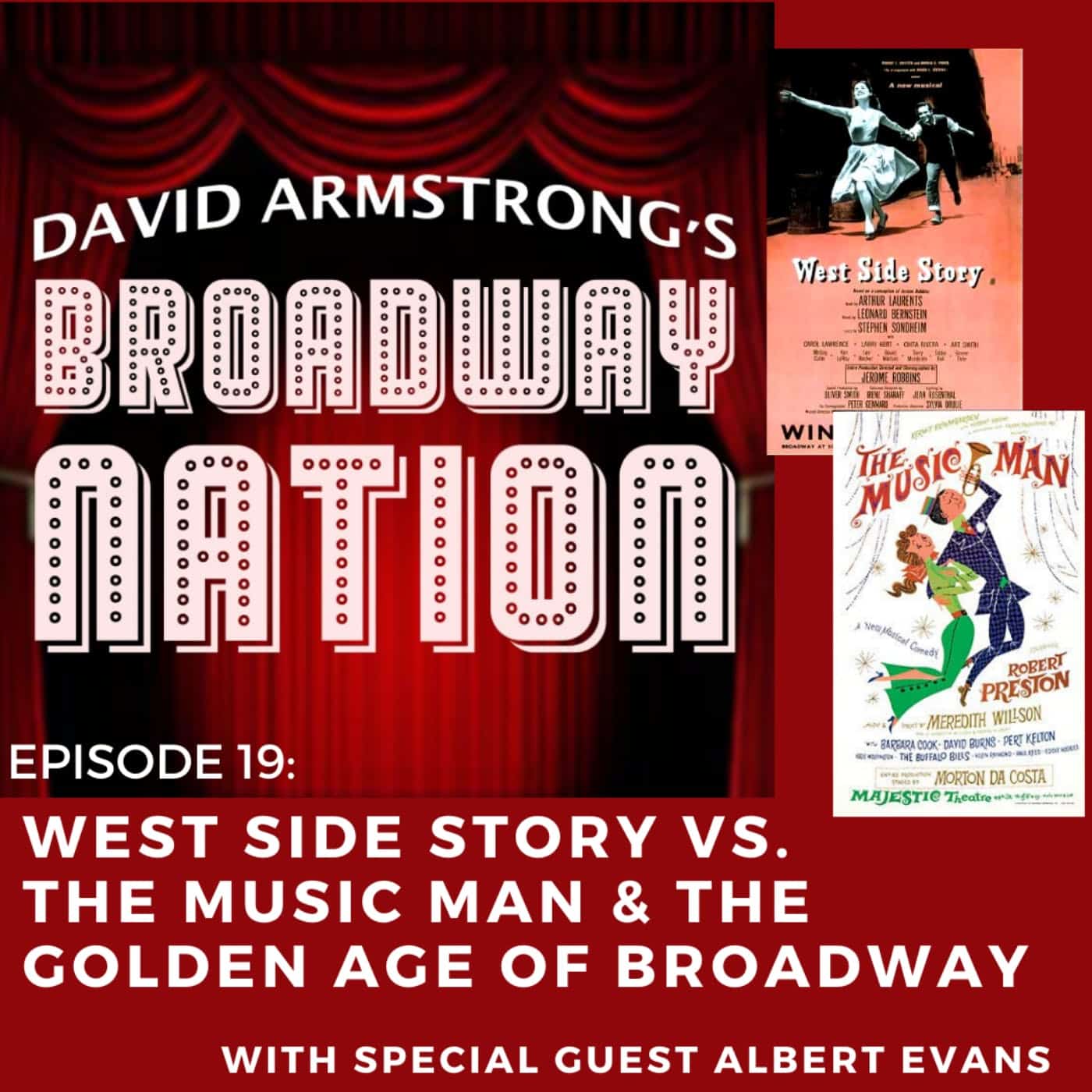 Episode 19: West Side Story vs. The Music Man & The Golden Age of Broadway

Every Broadway theater season during the 1950’s gave us at least one great, classic Golden Age musical – and a number of seasons produced several.

The decade was crowned by four legendary musicals that went head to head for the “Best Musical” prize at the TONY Awards. During the 1957–1958 season it was West Side Story vs. The Music Man, and 1959–1960 brought us Gypsy vs. The Sound Of Music. Of course, there are still Broadway aficionados that remain upset over which shows won, and which musicals were “robbed” of the award!

In this episode, Albert Evans and I take an in-depth look at that first pairing: West Side Story vs. The Music Man. We explore the conception, development and storied history of these legendary shows, and look “under the hood” to discover just what it is that makes them so great. We also profile their illustrious creators: Leonard Bernstein, Jerome Robbins, Arthur Laurents, Stephen Sondheim, Meredith Wilson and more.

Perhaps most interestingly, we look past their seemingly very different surfaces to discover that they actually have a great deal in common! And after you listen, let me know which show you think truly deserved the TONY.