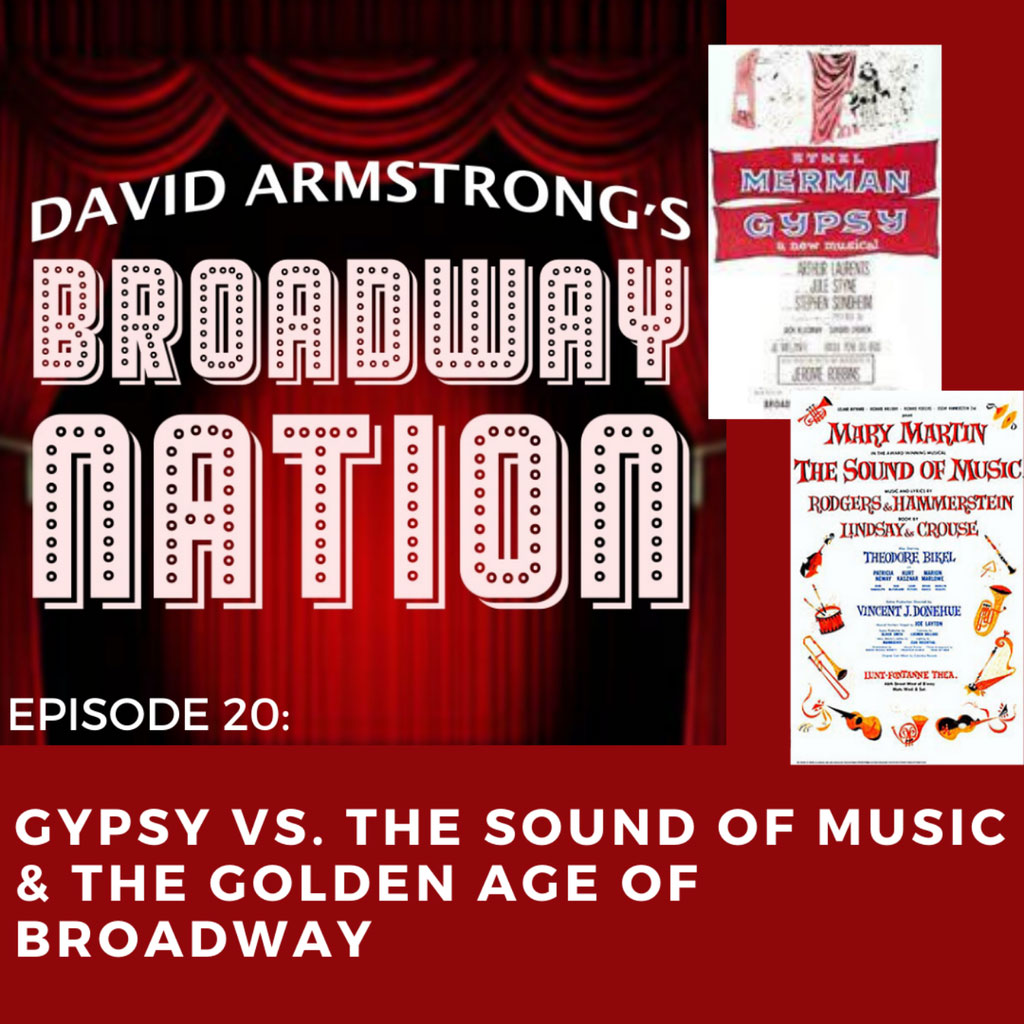 Episode 20: GYPSY vs. THE SOUND OF MUSIC & The Golden Age Of Broadway

The 1950s were crowned by four legendary musicals that went head to head for the “Best Musical” prize at the TONY Awards. In the last episode we looked at the 1958 contest of West Side Story vs. The Music Man,. In this episode I focus on the 1959–1960 which brought us Gypsy vs. The Sound Of Music. And you could subtitle this episode Ethel Merman vs. Mary Martin!

Spoiler alert: There was a tie for the Best Musical Tony Award that season, but if you don’t already know the story, it probably didn’t end up the way you think it would have. As with the previous pair, there are still Broadway mavens that remain outraged over which show won, and which musical was in their view unjustly denied its rightful award!

And in addition to Merman and Martin, the giants of Broadway that are figure significantly in this episode include: David Merrick, Leland Hayward,, July Styne, Stephen Sondheim, Arthur Laurents, Jerome Robbins, Joe Layton and, of course, Rodgers & Hammerstein,

WARNING:: There are a few historically correct curse words used in this episode. You know how theater people are!