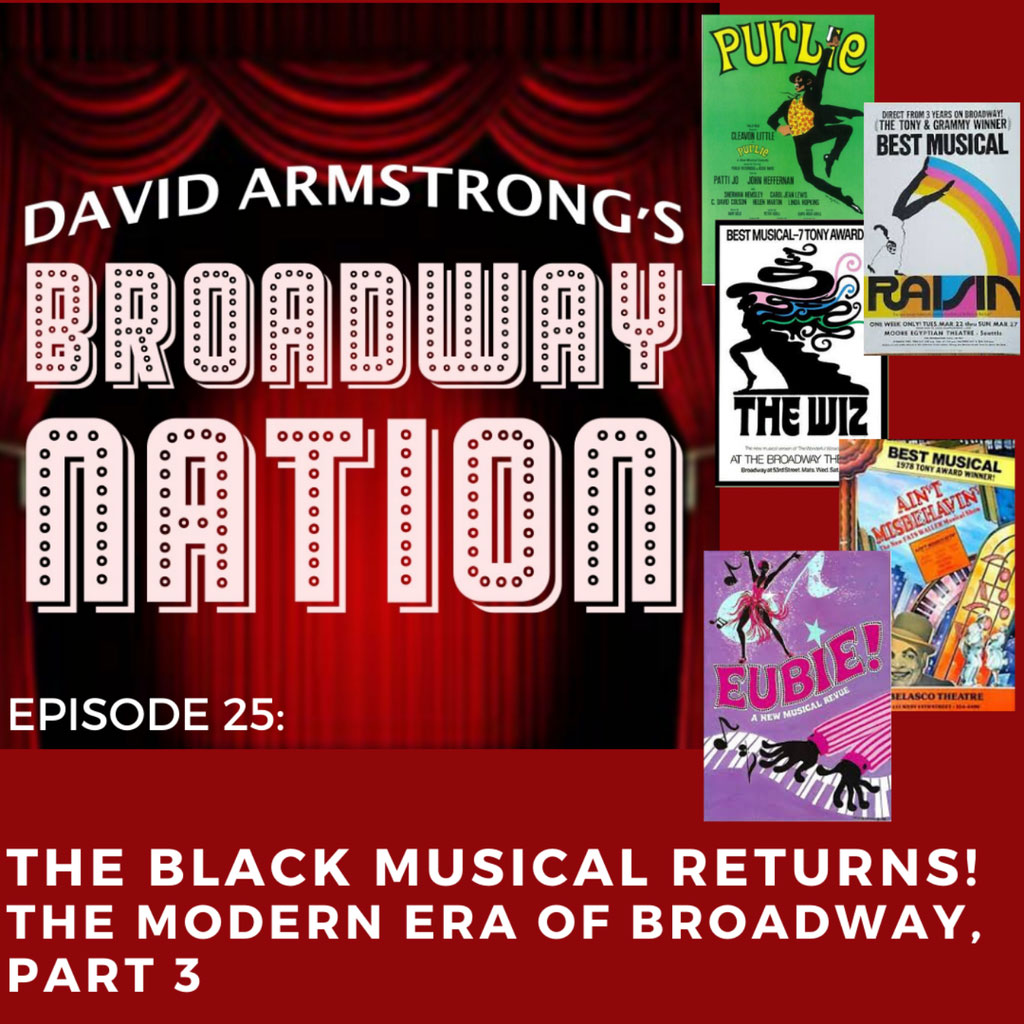 Over the last three episodes I charted the rise of the Rock Musical – from HAIR to EVITA, – as well as the very unlikely “Nostalgia Craze” that swept Broadway and America during the 1970’s.

1970s Broadway experienced another blast from the past with the return of the Black Musical. More than a dozen hit black musicals opened during the decade, and three of them won the Tony Award for BEST MUSICAL.

About half of these were new, original musical plays – mostly adaptations of popular plays or novels. All of them employed a combination of rhythm & blues, pop, rock, jazz and traditional Broadway style music to help tell their stories.

The other half were musical revues that showcased the classic songs of the great black songwriters of the 1920s, 30s and 40s. These shows represented a significant black wing of the ongoing Nostalgia Craze.

Please join me as I explore the musical plays PURLIE, RAISIN, and THE WIZ,; the gospel musicals DON’T BOTHER ME I CAN’T COPE, AND YOUR ARMS TOO SHORT TO BOX WITH GOD.; and the songbook revues BUBBLING BROWN SUGAR, AIN’T MISBEHAVIN’, EUBIE!, SOPHISTICATED LADIES, and BLACK AND BLUE.