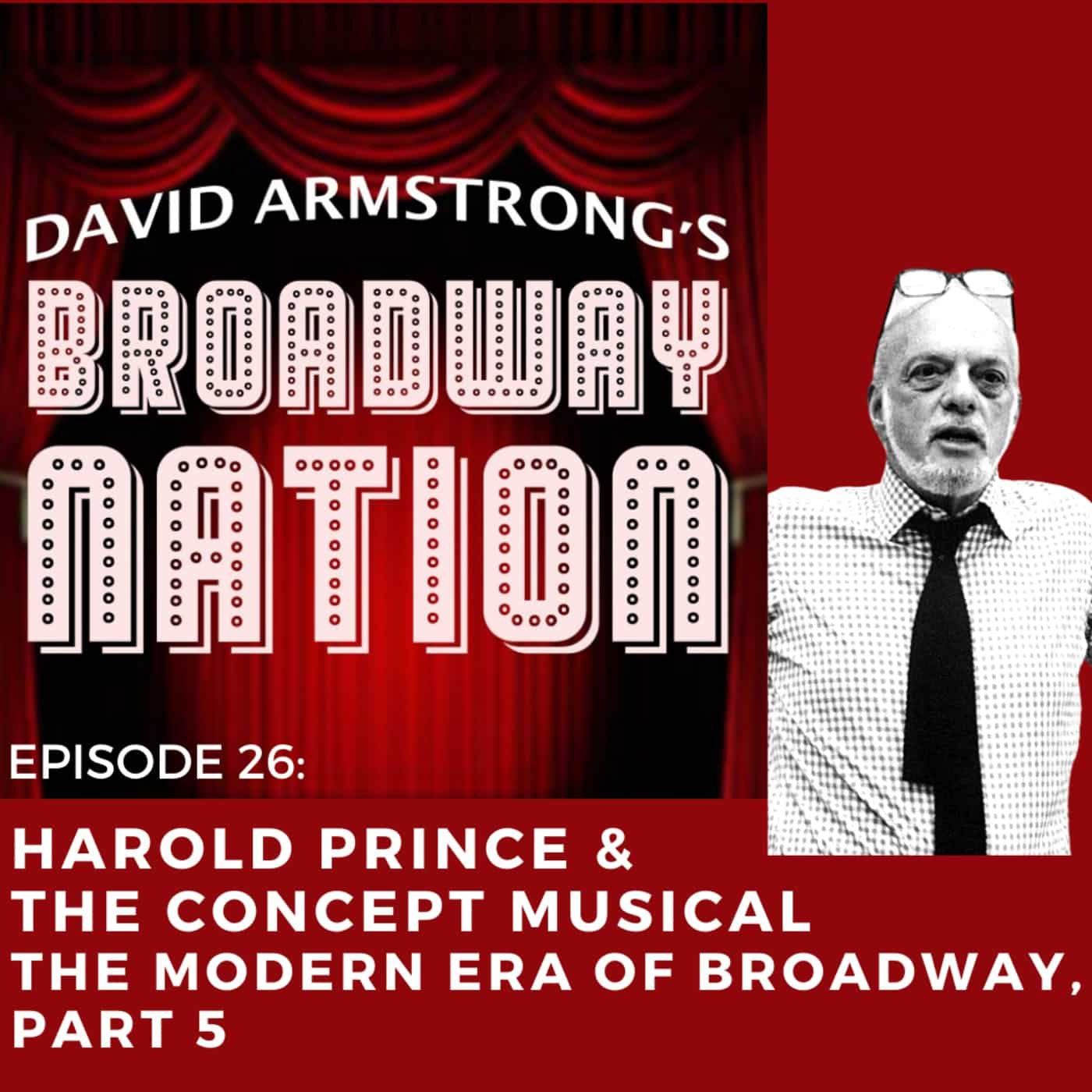 In this episode I explore the history of what is called the “Concept Musical”, including its key creators: Harold Prince, Stephen Sondheim, Kander & Ebb, Bob Fosse, Michael Bennett and their game changing musicals Cabaret, Company, Follies, A Chorus Line, Chicago, Cats, and Dreamgirls.

The central figure in the emergence of the Concept Musical is Harold Prince.  In a career that lasted more than 60 years, Prince produced and/or directed more than 40 Broadway shows, and in the process received 21 Tony awards more than any other single individual.