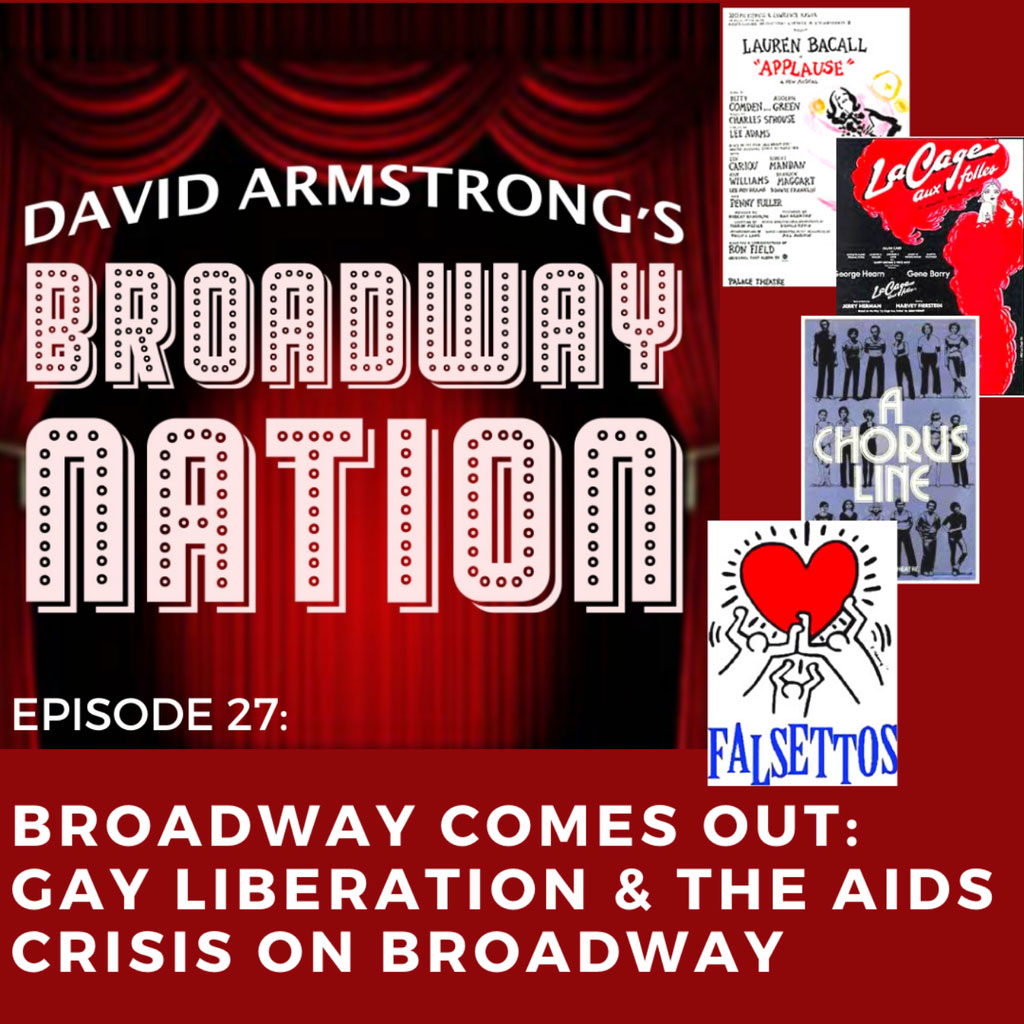 The progressive and disruptive social movements of the 1960s and 70s had a huge impact on the Broadway Musical and were reflected back into the culture by them. These include the Civil Rights movement, Women’s Liberation, Black Power, and the Gay Liberation Movement.

The Stonewall Rebellion in 1969 brought gay issues into the mainstream and during the 1970s LGBTQ+ people would become “out, loud, and proud” in significant numbers.

Of course, it makes sense that this new visibility and feeling of liberation would be felt on Broadway where there had always been a large representation of queer people throughout the industry, including in positions of leadership. As a result queer characters and stories began appearing on Broadway — especially in plays — but also in a few musicals as well.

In this episode I explore the growing visibility of openly queer content on Broadway in musicals such as Hair, Coco, Applause, Seesaw, A Chorus Line, La Cage Aux Folles, and the works of William Finn.

I also recount the devastating effect that the AIDS Crisis had on Broadway during the 1980s and 90s when a whole generation of creative talent was eliminated or sidelined by the disease.

AIDS claimed the lives of hundreds of actors, singers, musicians, stage managers, production assistants, and designers — as well as scores of dancers that had been trained by Bennett, Fosse, Champion, and Tune and might have one day become influential directors and choreographers themselves.

The devastation of AIDS opened the door to the “British Invasion” that would soon dominate Broadway.