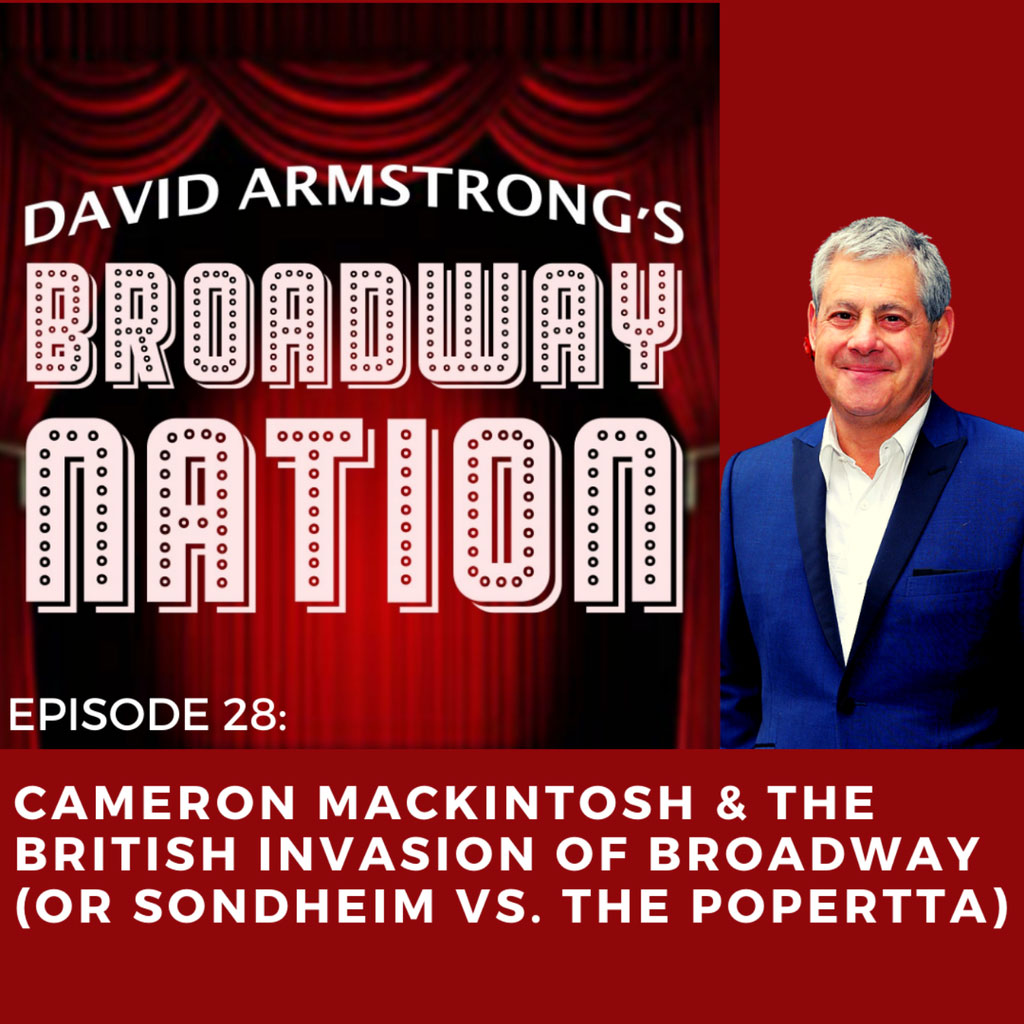 Episode 28: Cameron Mackintosh & The British Invasion of Broadway (or Sondheim vs the Poperetta)

In this episode I explore what is often called “The British Invasion of Broadway” – a ten-year period during which it seemed that writers, directors, designers, producers and even performers from the UK had sailed in, taken over Broadway, and commandeered America’s signature art form – the Musical.

At the center of this revolution was trio of spectacular and bombastic “Mega Musicals” that dominated Broadway during the 1990s – Les Miserables, Phantom Of The Opera, and Miss Saigon. All of them were first produced on London’s West End before coming to Broadway, and they all went on to became worldwide sensations. Perhaps most unexpectedly, together they brought the Operetta back to Broadway. These “Poperettas” as they are appropriately called all have one other thing in common: producer Cameron Mackintosh.

There were still a few Americans that figured prominently during this period: Harold Prince, who directed Phantom Of The Opera, and Stephen Sondheim who, in great contrast to the bombastic “Brit Hits”, created a series of small-scale, artsy, concept musicals – Sunday In The Park With George, Into The Woods, and Passion – in collaboration with a new partner, director and playwright James Lapine. Finally, I profile the one American who achieved a measure of success through adopting the British Poperetta model – composer Frank Wlidhorn.