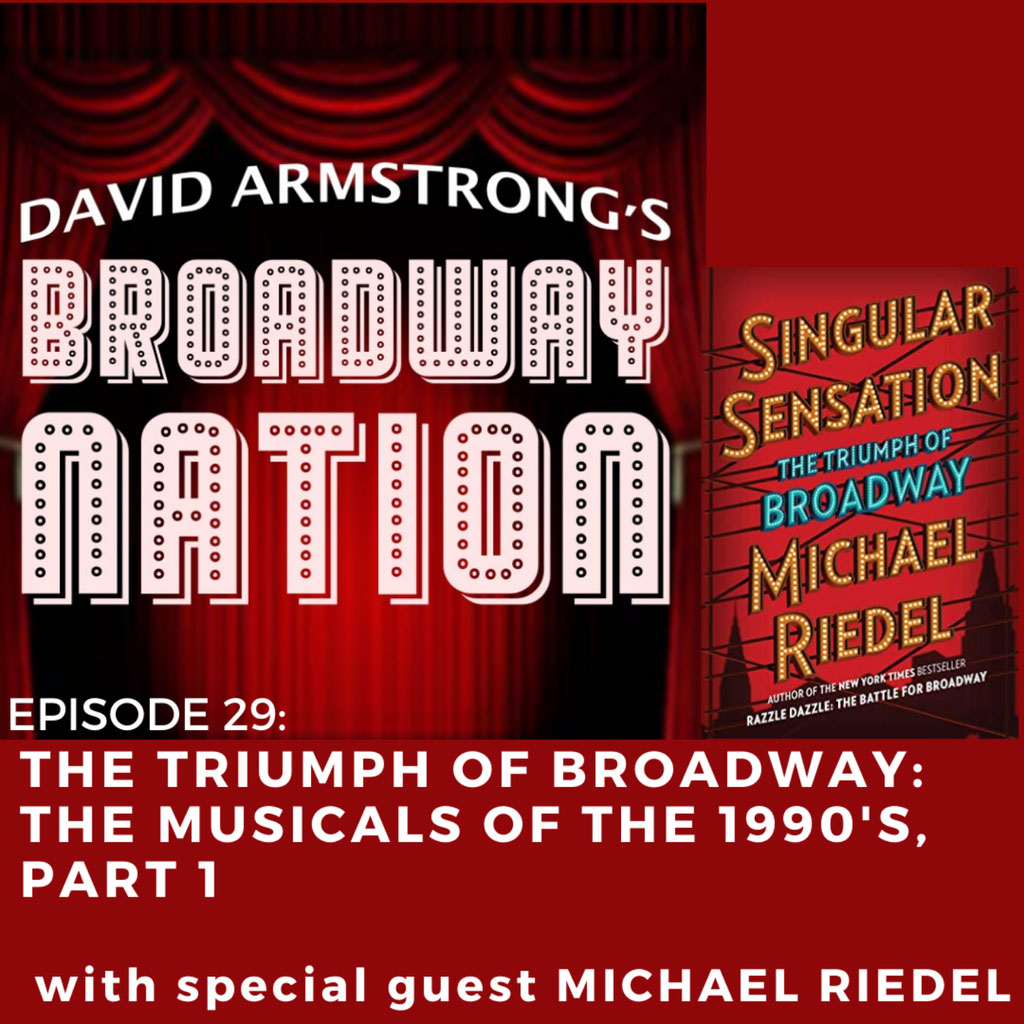 Episode 29: “The Triumph Of Broadway”: The Musicals Of The 1990s, part 1 – with special guest Michael Riedel

I recently had a chance to interview NY Post columnist Michael Riedel about his new book, Singular Sensation, and that conversation proved to be the perfect vehicle to tell the story of the Broadway Musical during the final decade of the 20th Century. Michael not only had covered the events and personalities of this period first-hand in his newspaper columns during 1990s — for the book he also reached out and interviewed more than 100 key people — from Andrew Llyod Webber to Patti Lupone — so that he could really flesh out the full story of this momentous time.