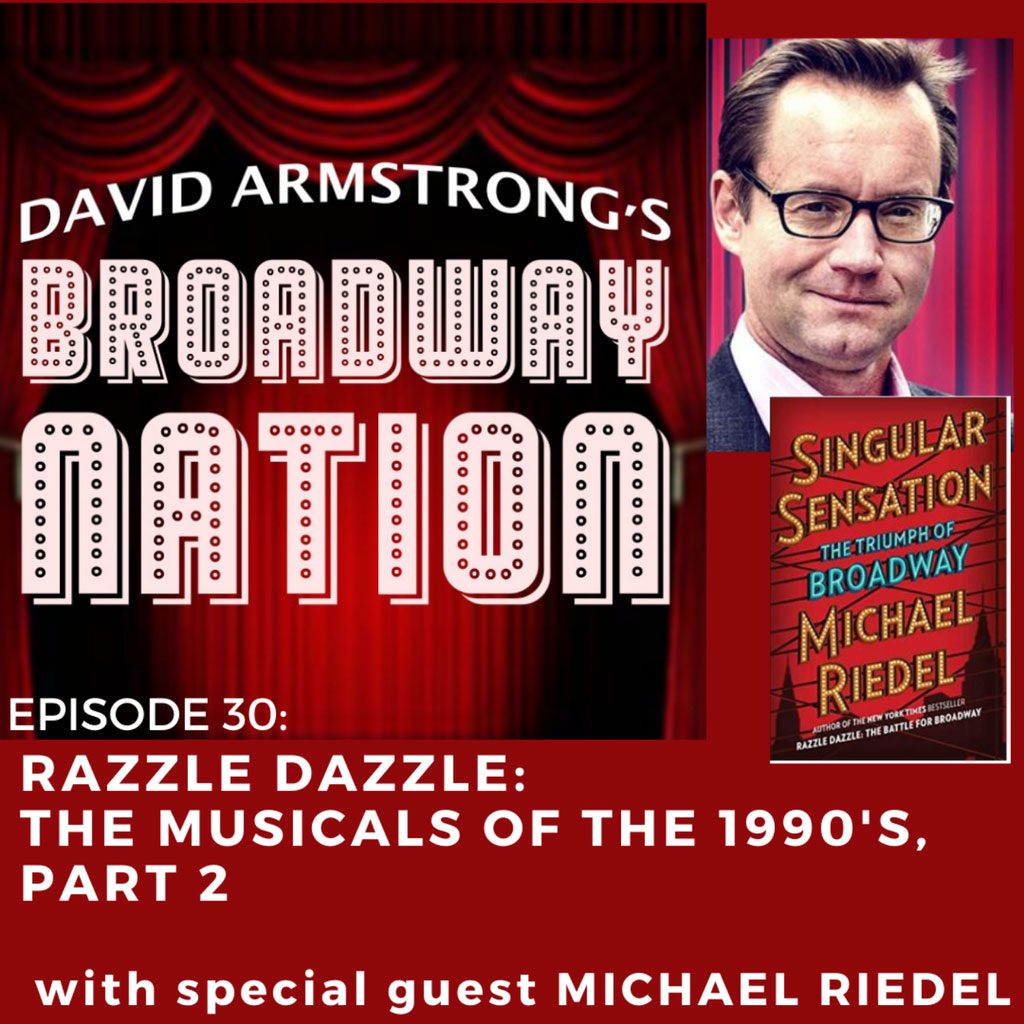 In the second half of my interview with NY Post columnist Michael Riedel about his new book, Singular Sensation – The Triumph of Broadway we continue the story of the Broadway Musical as it moved from the final decade of the 20th Century into the new millennium. Last week’s episode ended with our discussion of the musical Crazy For You and the 1992 revival of Guys & Dolls, two productions that laid the seeds of what soon became a major trend on Broadway – the return of the Musical Comedy. Today we pick up with another herald of that development — the stripped down, bare stage, modern dress revival of the Bob Fosse, Kander & Ebb musical CHICAGO that opened on Broadway in 1996 and – up until the shutdown – was still running 24 years later.

These three shows helped to spark a triumphant comeback for brand new musical comedies (which had been missing from Broadway for nearly 10 years) beginning with The Full Monty and Mel Brook’s The Producers.

Meanwhile another major development of the 90s was taking place – the rise of Disney on Broadway, and the unprecedented popularity of their unconventional, bold, risk taking production of The Lion King.

We close with a timely discussion of the tremendous challenges Broadway faced in the days, weeks and months following 9/11, and the roadmap that may or may not provide for the theater industry’s reopening and recovery as we move out of the pandemic over the next year.