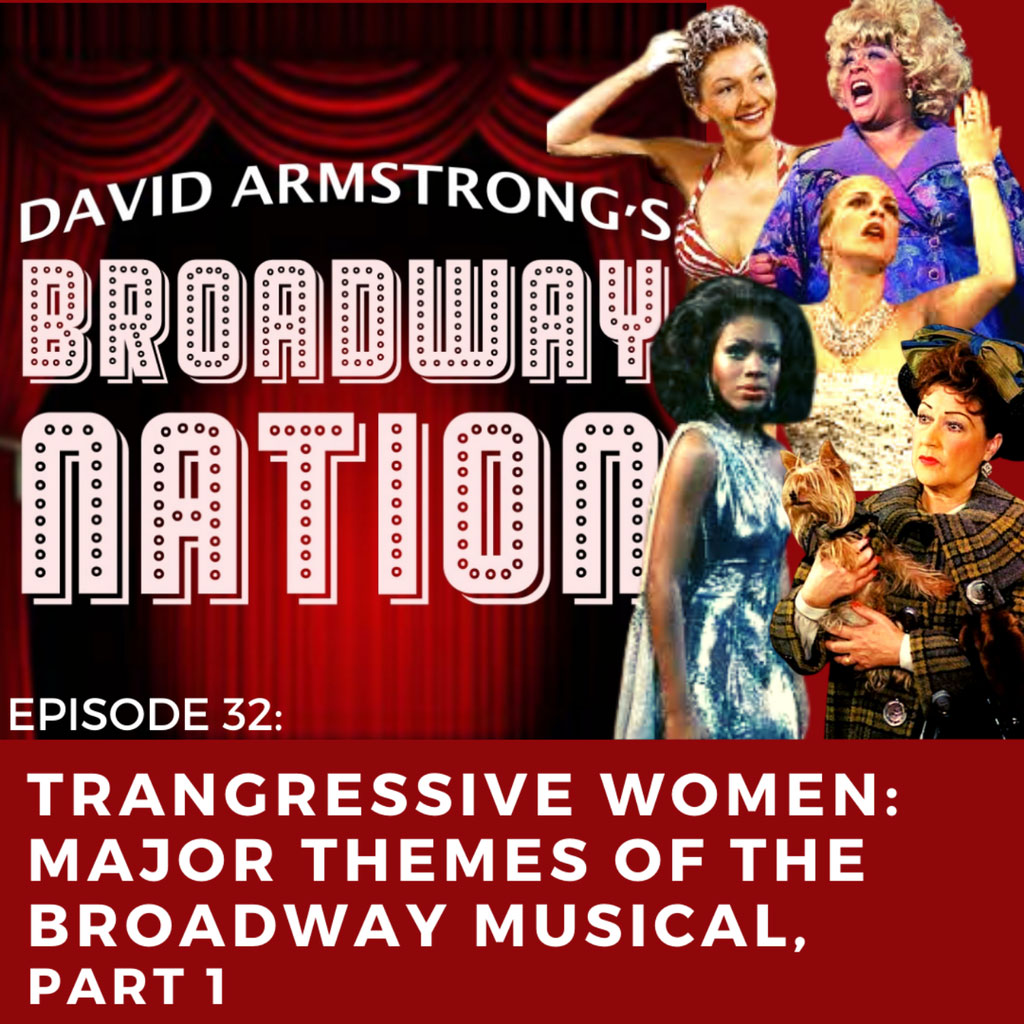 This is the first of three episodes highlighting the principal themes of the Broadway Musical.  Today I look at the single most ubiquitous and pervasive theme: “Transgressive Women”.

For more than 100 years an overwhelming majority of musicals have featured transgressive female characters who break the rules, and refuse to follow the path that society has set out for them. And more often than not they are the protagonist, or co-protagonist, of the story.

However, for some reason musicals are not generally perceived in this way. Most people would not identify this as one of the Broadway Musicals principal attributes. I believe that is part of their subversive power. In fact I would contend that the musicals themselves, as well as the characters, are transgressive.

From “Laurey” in Oklahoma! to “Elphaba” in Wicked. From “Annie Oakley” to “Tracy Turnblad”. From “Maria” in The Sound Of Music to “Effie” in Dreamgirls. Dynamic women have always been at the center of America’s signature Art Form.